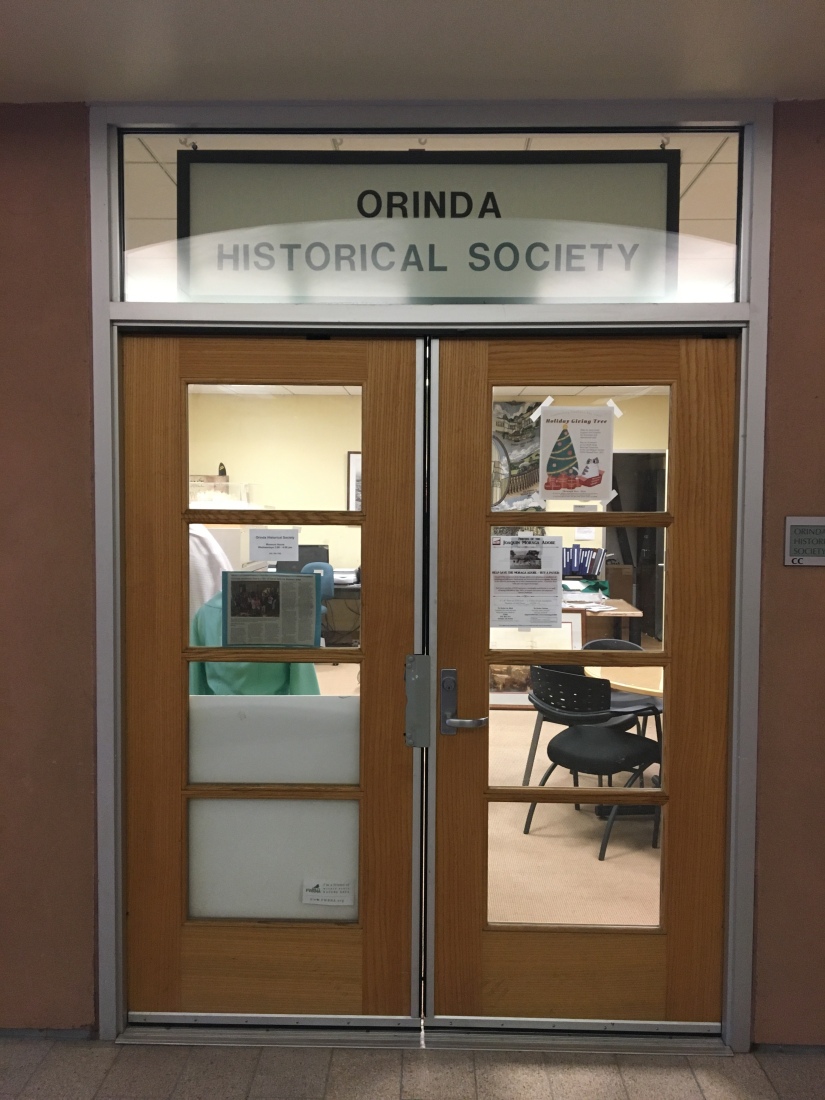 The Orinda Historical Society is located on the floor level of the Orinda Public Library.

The historical society has various photographs and relics regarding Orinda, California. 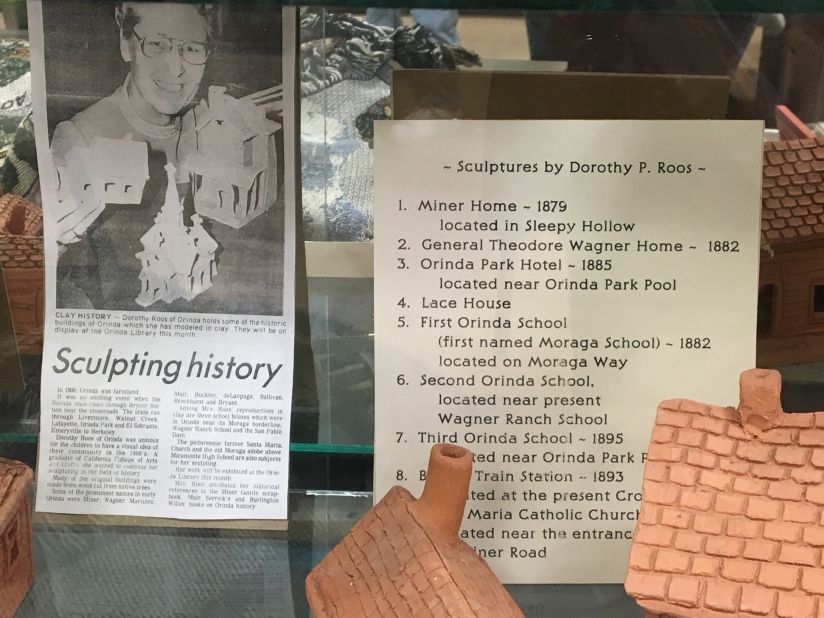 The historical society hosts clay replicas of historical buildings and the local adobe, which were built by Dorothy P. Roos.

During Philip Andrew Hamilton’s visit on December 9, 2019 he saw that the Orinda Historical Society had various pictures and documents that were water damaged from a water leak during a storm the week before. Hence, the full set of exhibits were not on display.