In 1736, near Tupelo, Mississippi, Native Americans, backed by the British, defeated 800 French troops set at Bienville’s Fort. The Battle of Ackia marked the end of the first expedition of the Chickasaw War that lasted from 1732 to 1743. 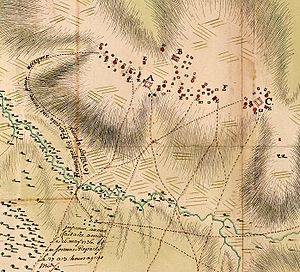 In present day, there is a historical marker indicating the location of the former Bienville’s Fort.