In 1850, the U.S. Army built a warehouse, in Benicia, California, that they named the “Benicia Camel Barn” because it was used to store supplies for the experimental U.S. Camel Corps.

The Benicia Camel Barn was also called the Benicia Arsenal by the U.S. Army. 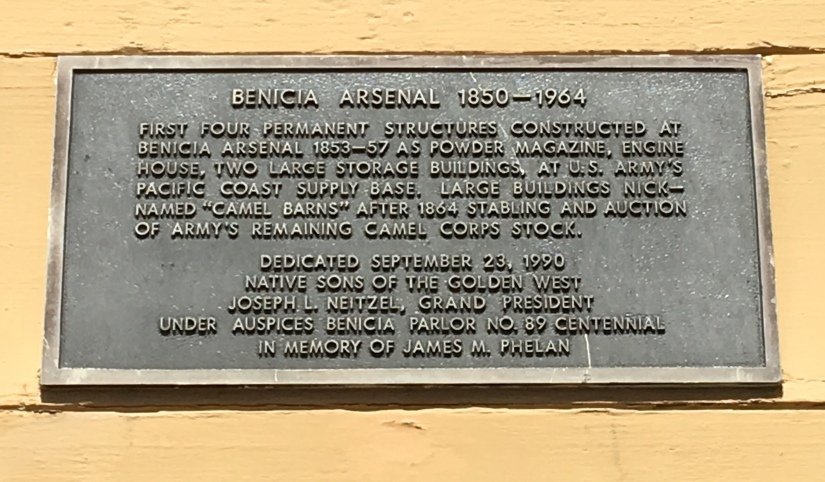 During the U.S. Civil War, the Benicia Camel Barn was guarded to protect the arms inside from being raided by the Confederate troops in California. 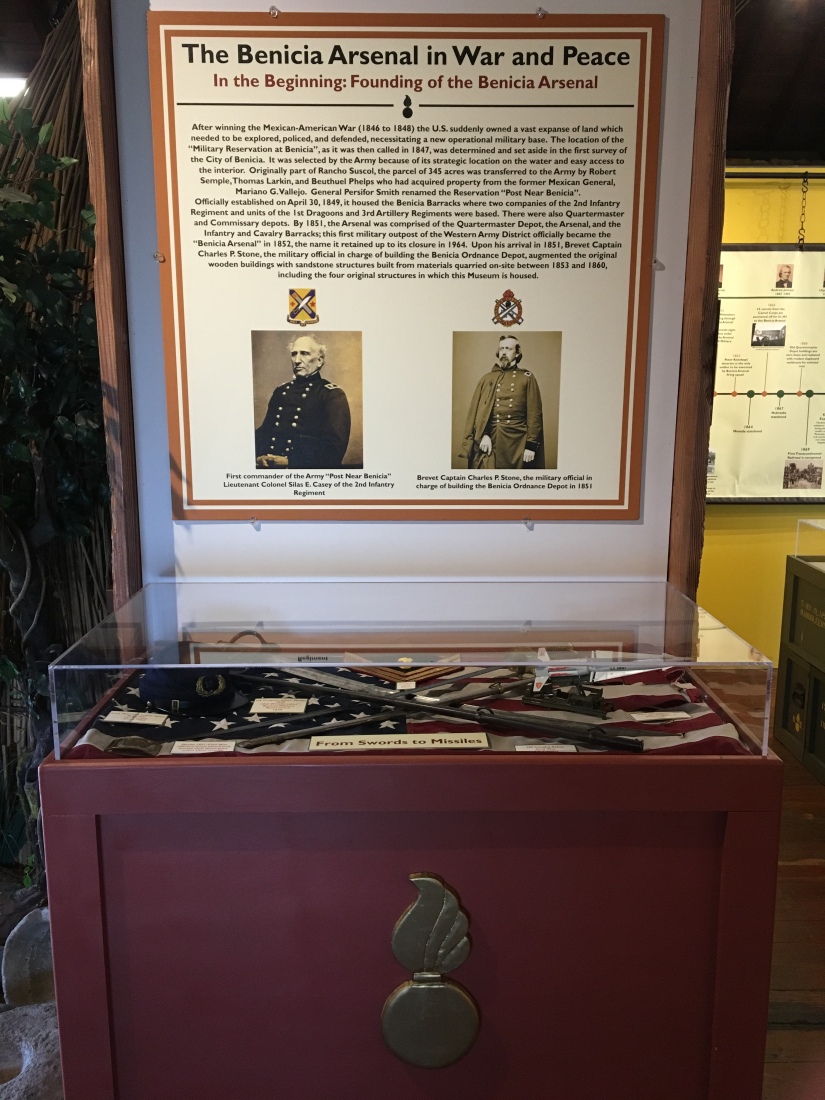 The Benicia Arsenal was used 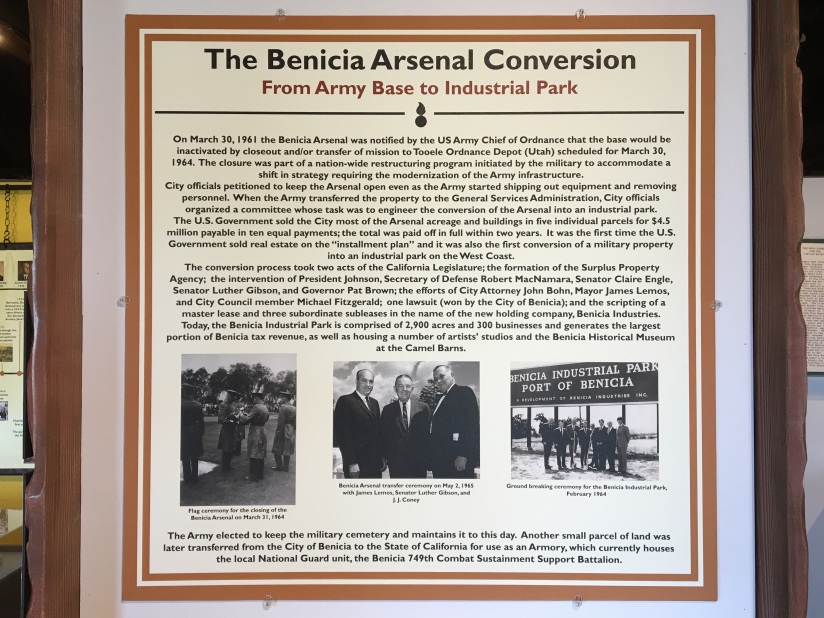 The Benicia Historical Musuem at the Camel Barn, also referred to as the Benicia Camel Barn Musuem, was established after the army decommissioned the depot in 1964. 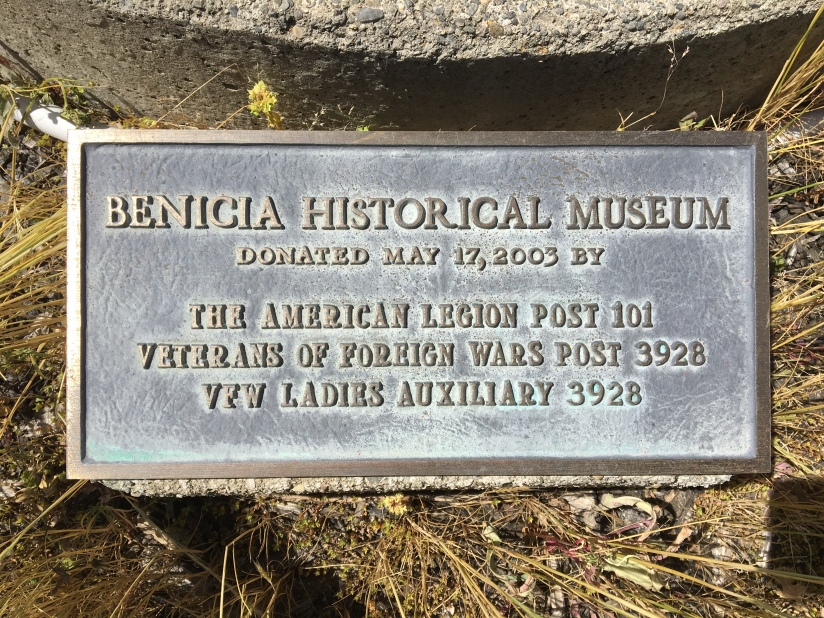 I got a tour of the museum from the author Jim Lessenger whom has written several books on California history including: 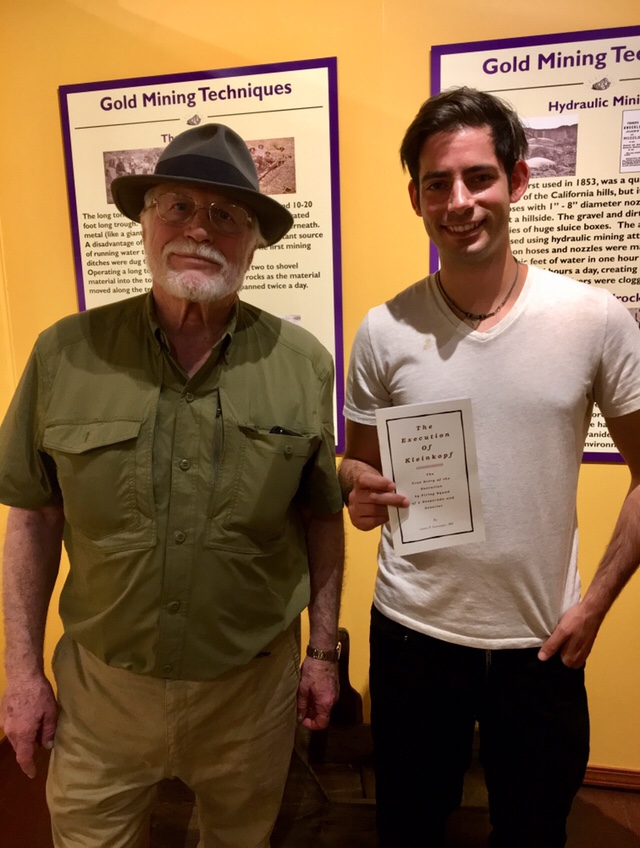 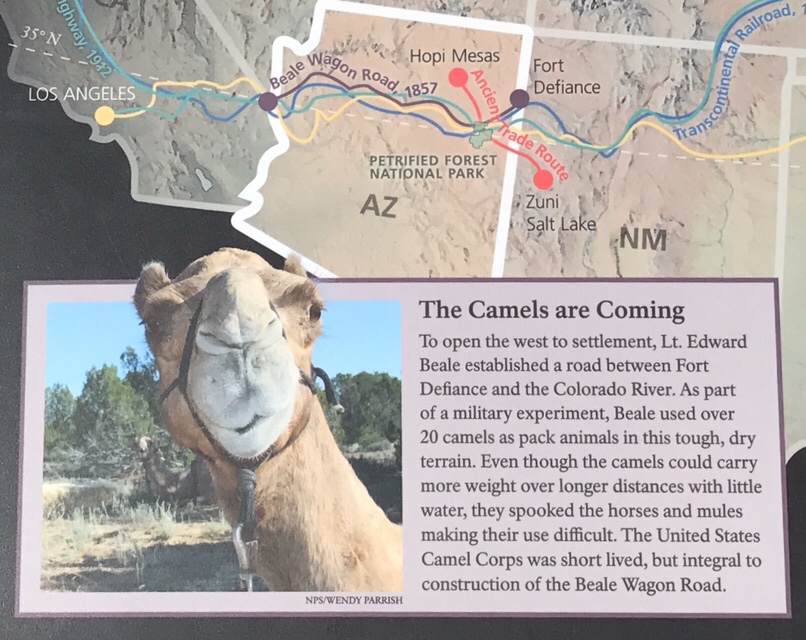 In 1836, U.S. Army Lieutenant George Hampden Crosman, a 1823 West Point graduate, proposed the idea of having camels assist the military with the movement of essential supplies along desert terrain in the western United States. At first, his idea was dismissed by his superiors and he only garnered a few political supporters of the idea.

On 3 March 1855, Congress had a majority vote on an appropriation bill that stated within it’s Shield Amendment:

“And be it further enacted, that the sum of $30,000 be, and the same is hereby appropriated under the direction of the War Department in the purchase and importation of camels and dromedaries to be employed for military purposes.”

U.S. Army Lieutenant Edward Fitzgerald Beale has been commissioned by President James Buchanan to survey and. Hold wagon roads from New Mexico to California. Years after assisting with that commission Edward Fitzgerald Beale helped initiate the camel corps experiment, and authorized several camels to assist with the transportation of army equipment among desert terrain from the “Beale Road” that he had helped create between New Mexico to California.

However, horses and mules were used in addition to camels for transportation, and the camels presence frightened those animals, thus making transportation of supplies more difficult along rugged routes. Therefore, the U.S. Army Camel Corps was eventually disbanded and the army returned to just using horses and mules for the transport of goods.

The National Musuem of the United States Army has additional information on the history of the former Army Camel Corps.

During the U.S. Civil War George Hampden Crosman served for the Union Army as a Major General. George Hampden Crosman was the Chief Quartermaster of the Department of Pennsylvania and the Shenandoah from April 29 to August 24, 1861; and for the rest of the war he was in charge of the Quartermaster’s Department at Philadelphia, Pennslyvania and Depot of Clothing and Equipage, for the Schuylkill Arsenal, from September 27, 1861, to August 27, 1864.