For months, after the passage of the Voting Rights Act of 1964, members of the Student Nonviolent Coordinating Committe (SNCC) attempted to registers African Americans in Dallas County, Alabama and were thwarted from succeeding in most of their attempts despite the passage of the new federal law. African Americans made up half of the Dallas County population, but only made up two percent of voters.

On March 7, 1965, as about six hundred civil rights activists were marching from Selma to Montgomery, Alabama to protest for the recent shooting death of activist Jimmie Lee Jackson and the right of African Americans to register to vote, Alabama State Troopers, under the leadership of Dallas County Sheriff Jim Clark, planned to end the March with violence against the Caucasian and African American protestors.

Sheriff Jim Clark, along with his Alabama State Troopers at the Edmund Pettus Bridge, ordered the marchers to stop. 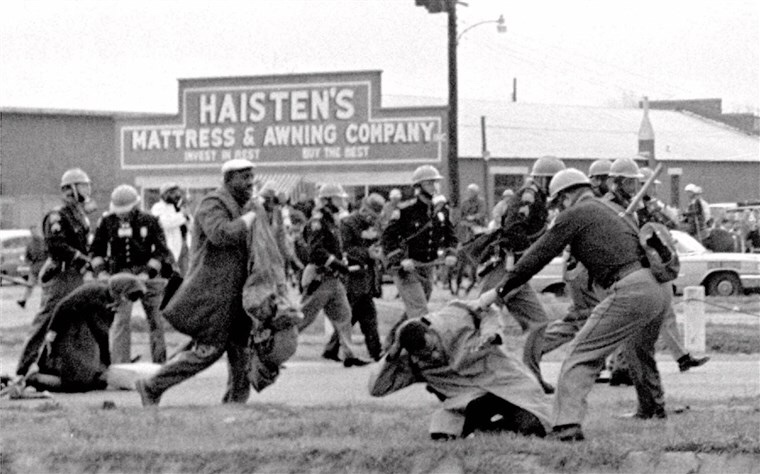 The marchers refused the trooper’s orders and they badly beat and killed some protestors. The event became known as “Bloody Sunday” and was instrumental in the passage of the stricter Voting Rights Act of 1965.