The Pacific House Museum is comprised of various exhibits, including one the Presidio that was built by the Spanish Royal Crown in Monterey.

The Rumsien Indians lived in Monterey at the time the Spanish had established themselves in the area. 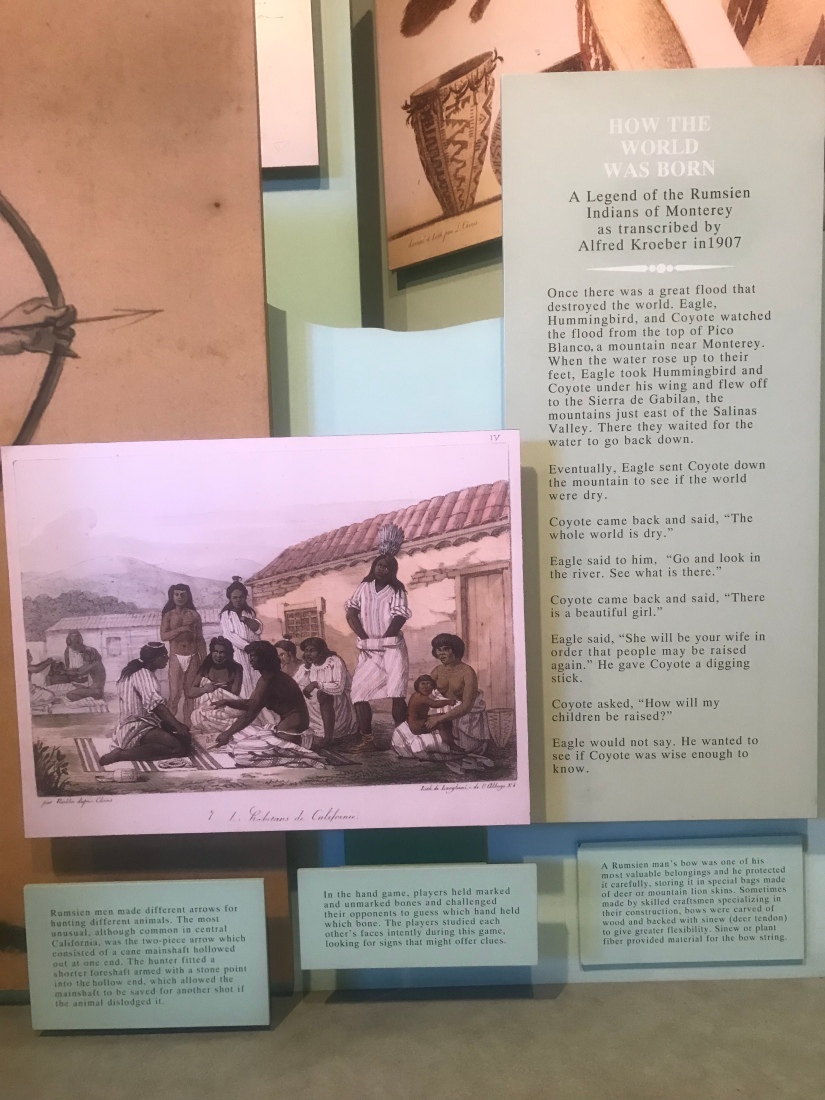 The Monterey State Historic Park is a collection of historic homes and adobe buildings from Monterey County, California. The park includes historic buildings, such as the Old Custom House which is the first California State Landmark.