In 1909, LRN 5, which would become known as California Route 17 in 1936, was built as a main highway between Santa Cruz and San José through the Santa Cruz Mountains. In 1950, when the Lexington Reservoir was created, the towns of Alma and Lexington were submerged under he reservoir and the road was rerouted around the new body of water. 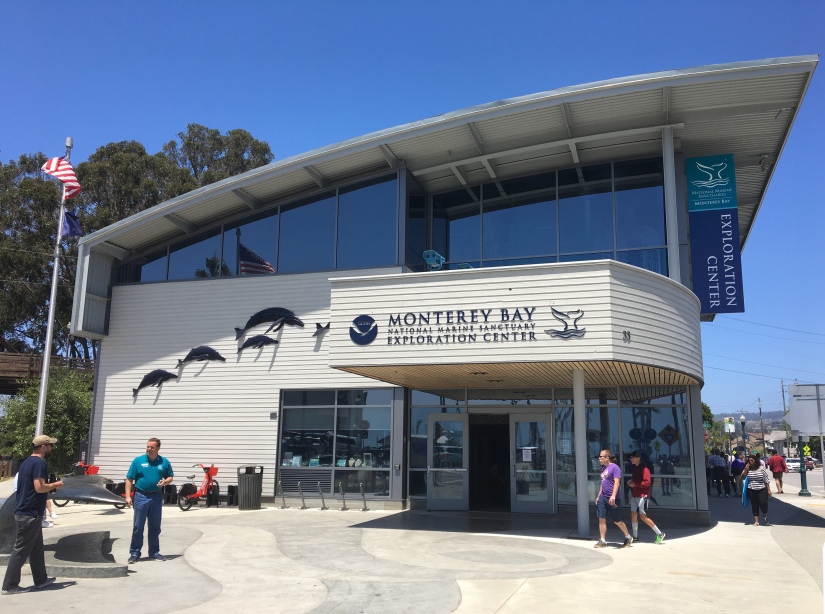 The Monterey Bay Marine Sanctuary is funded through the federal s, which is run by the U.S. Department is Commerce. 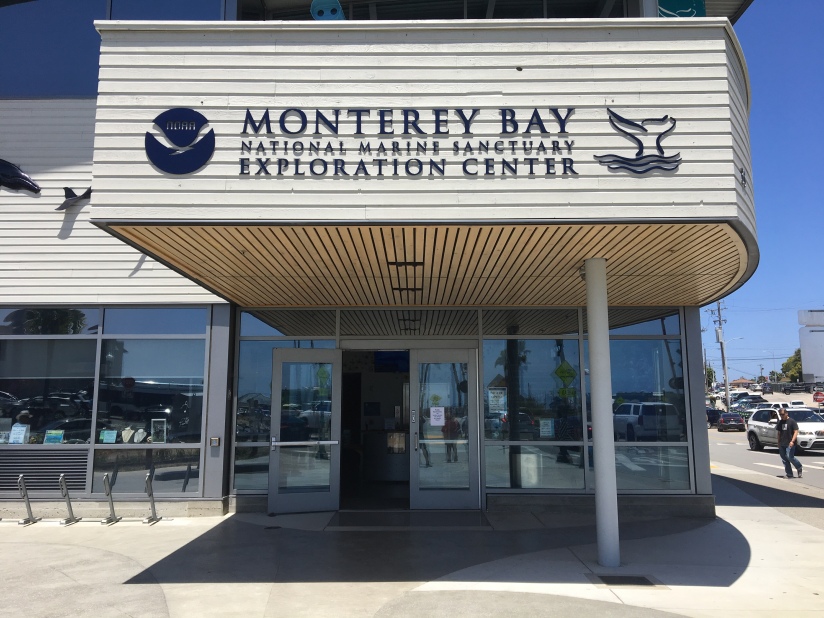 The Seymour Marine Discovery Center is a musuem, which was formed as the public education component of the Joseph M. Long Marine Laboratory and the Coastal Science Campus of the University of California Santa Cruz.

In 1986, the Santa Cruz Surfing Musuem, the world’s first surfing musuem, was established inside of the Mark Abbott Memorial Lighthouse in Santa Cruz, California. 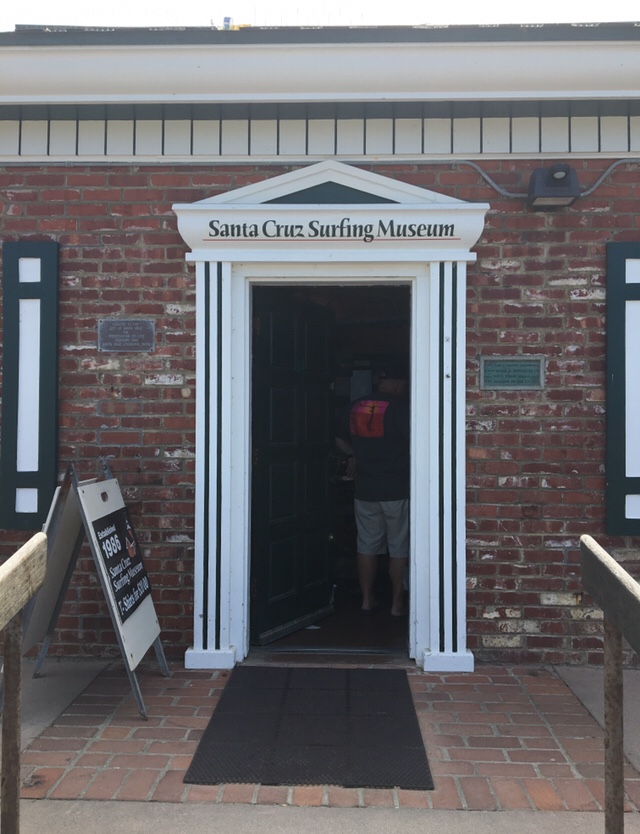 The cliff outside of the musuem grounds hosts various surfers throughout the day.

Outside of the musuem is a plague that honors the three Hawaiian Princes whom were the first people to ever surf in Santa Cruz, California.

On Febuary 9, 2019 I got to see political commentator and comedian William “Bill” Maher at the Santa Cruz Civic Auditorium. 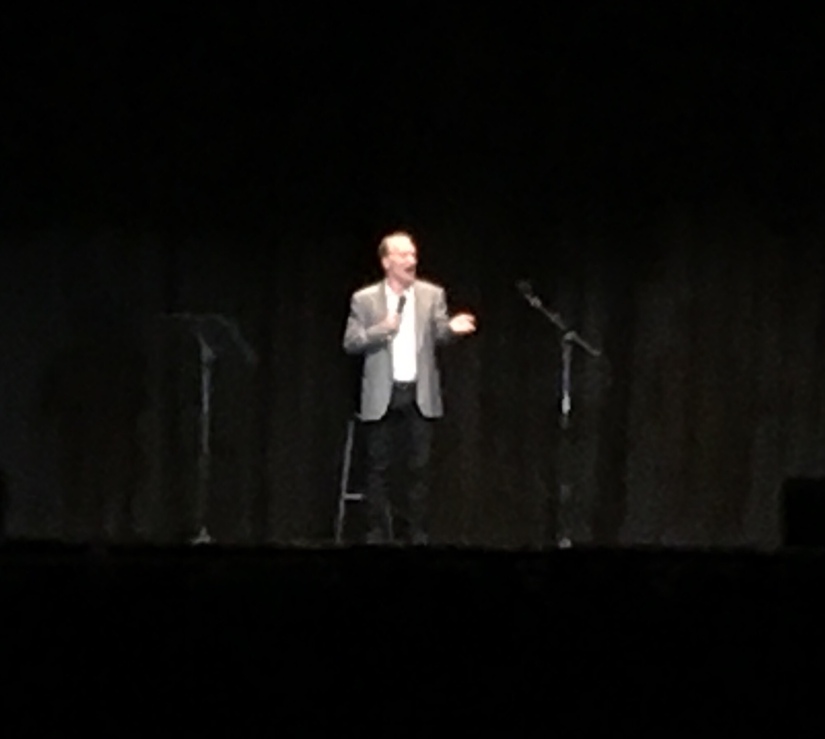 The Santa Cruz Civic Center has been the host of several other events over the decades such as one with the Dali Lama. 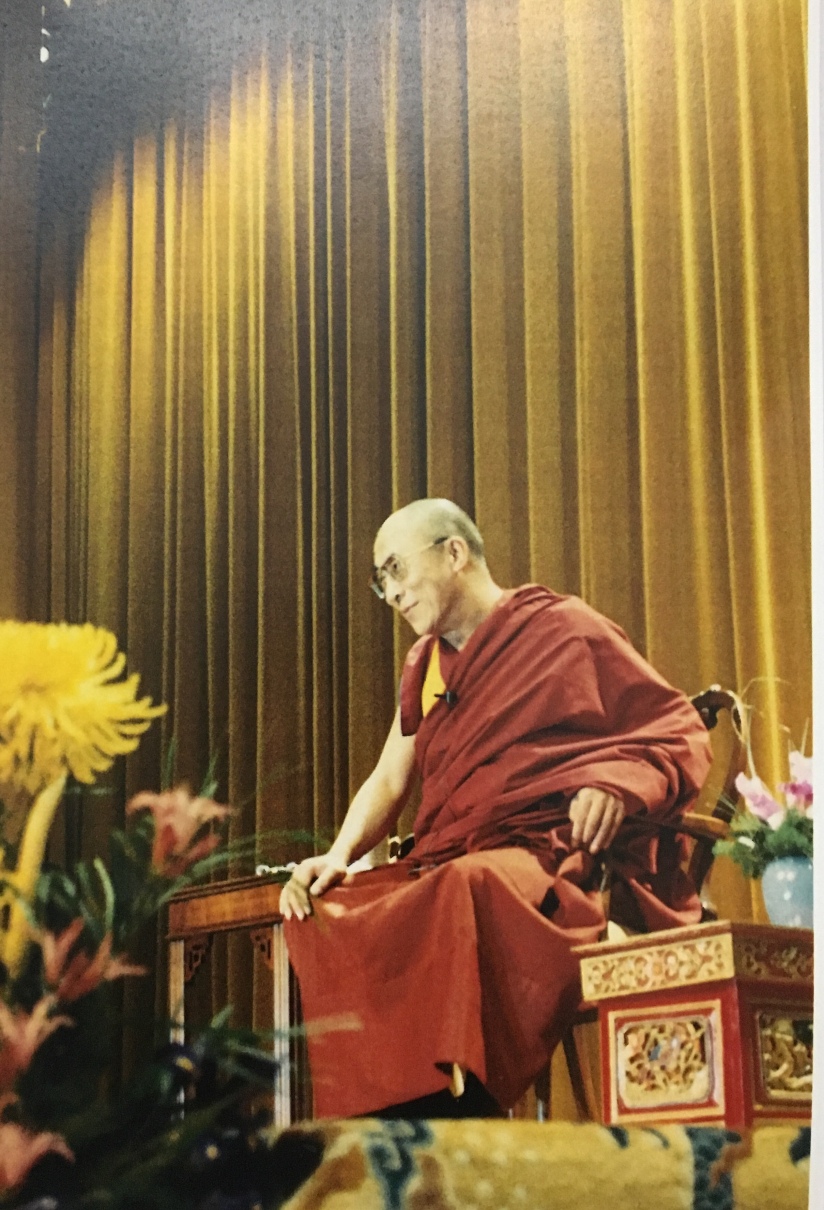 October 2016, marked the 150th Anniversary of the City of Santa Cruz, California. During that year, the author Philip Andrew Hamilton worked as an office assistant for Santa Cruz City Parks and Recreation and assisted with the 150th celebrations by applying for Cal-Fire, and various other permits for the event. 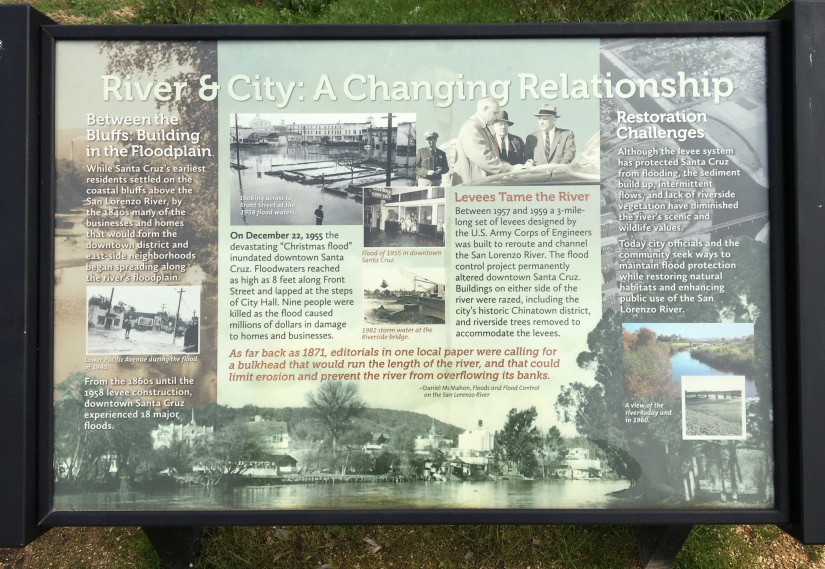 In the 1950s, after serving as a U.S. Navy fighter pilot during World War II, Jack O’Neill developed a wetsuit which made “cold-water surfing” popular. In 1959, after acquiring word wide acclaim for his invention, Jack O’Neill opened a surf shop in Santa Cruz, California.

The building where the original O’Neill surf store was located was demolished. In the place of the former surf shop a Jack O’Neill Restarunt was established. 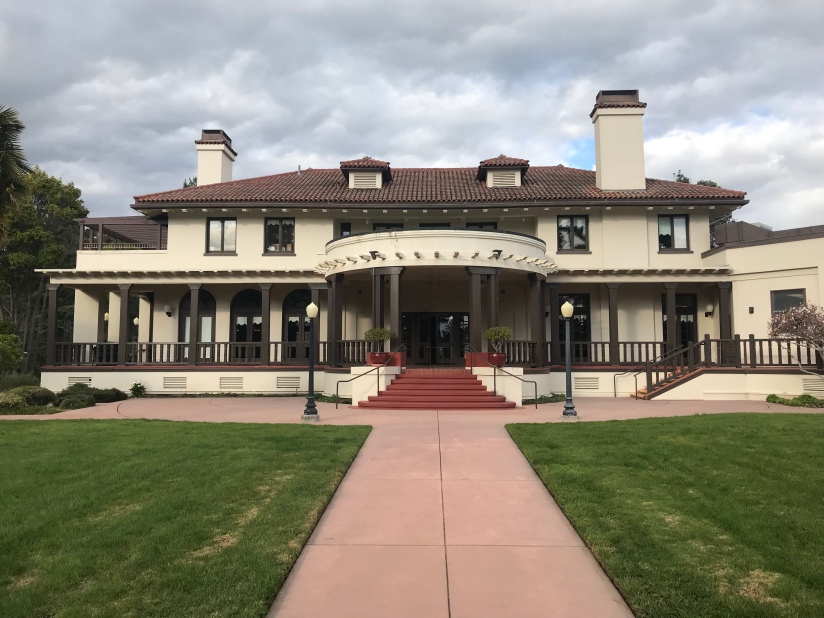 The Sesnon House was constructed in 1911 in Santa Cruz County, California. 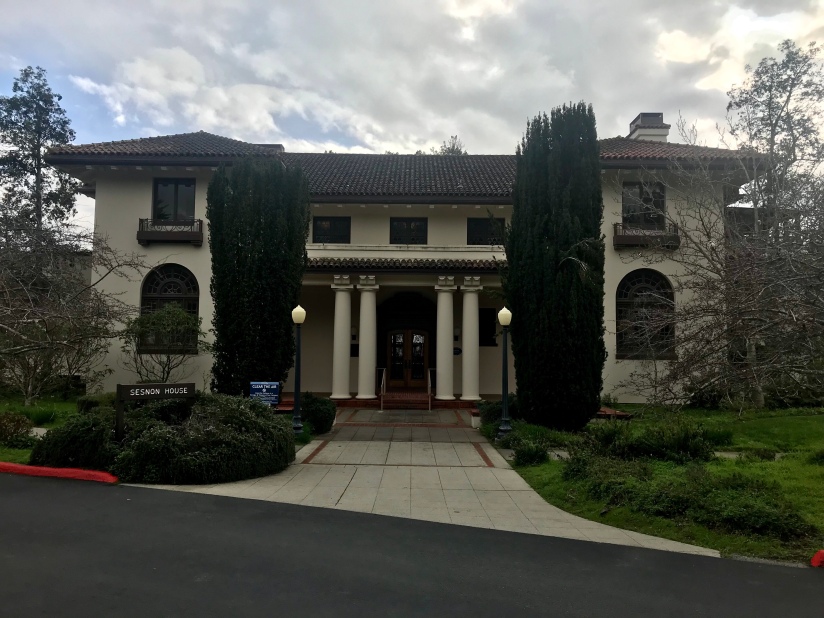 Inside the home are various historical photos of the building. 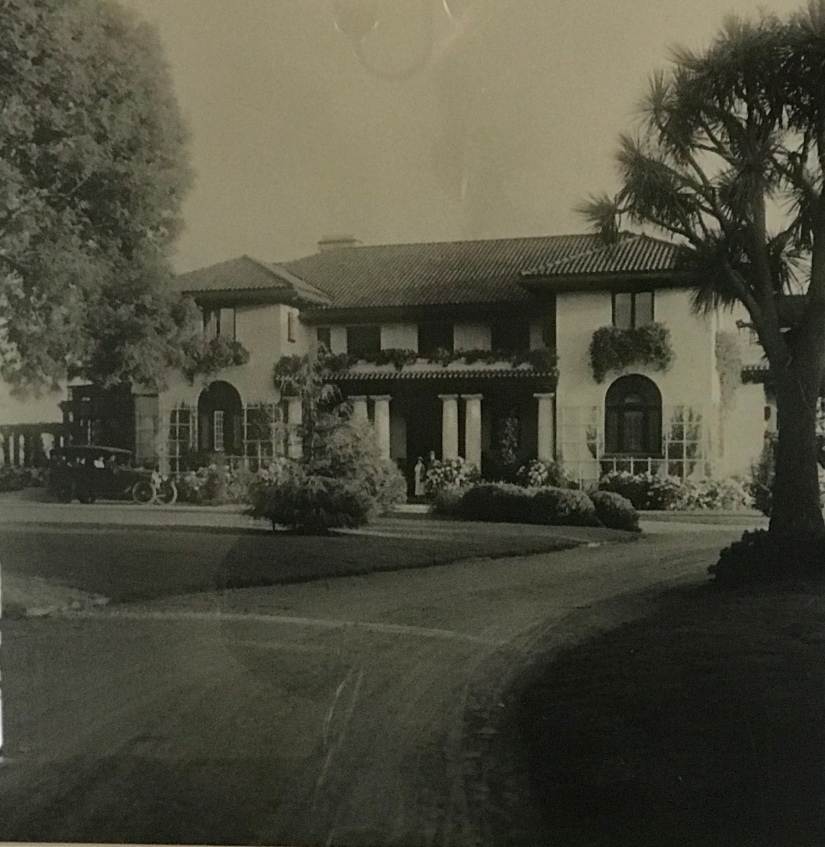 In the backyard the remnants of the Chinese temple remain. 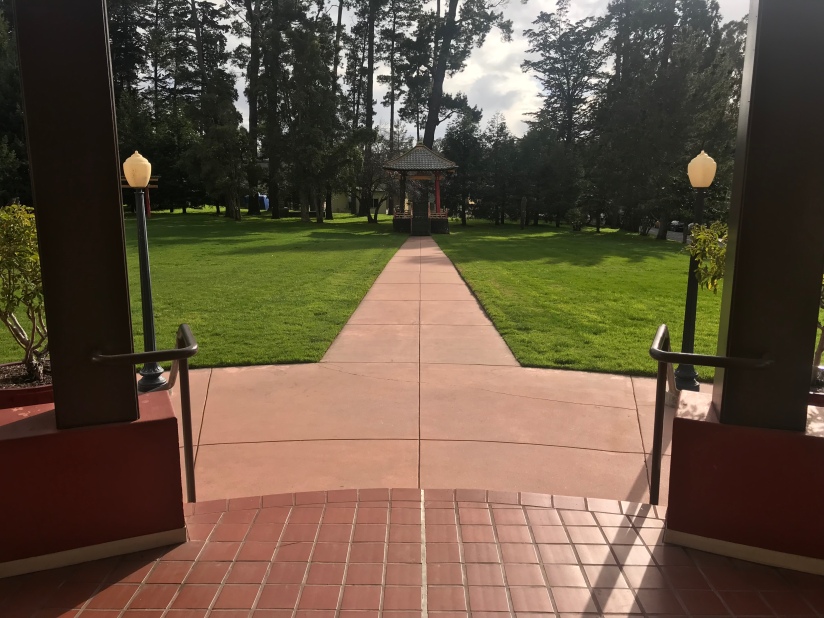 In present day, the Senson Historical House is part of Cabrillo College.

The Porter Memorial Library was constructed in 1911 to honor the legacy of the Pioneer Porter family that inhabited parts of Santa Cruz, California.

George Keating Porter moved moved to California in 1849 and arrived in Soquel in 1853.

Benjamin Franklin Porter established a tannery with his cousin and became director of the Santa Cruz National Bank.

The Pino Alto home was built in 1911 and is still at Cabrillo College In present day. 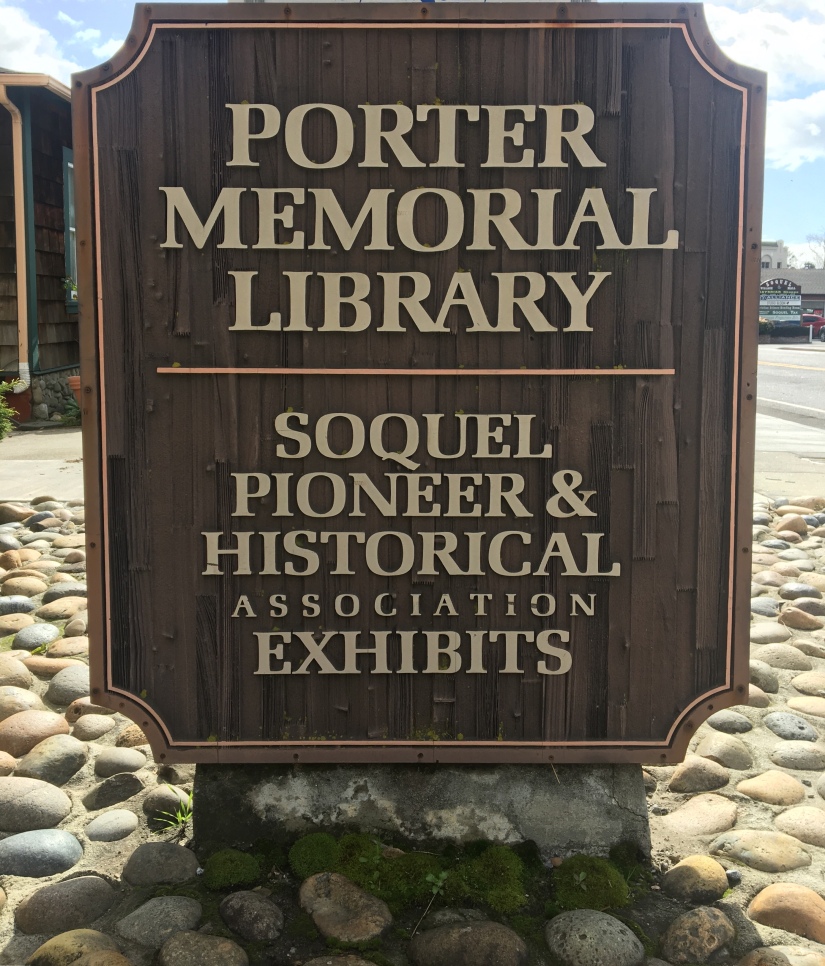 In 1907, the Santa Cruz Beach Boardwalk was built as one of the first amusement parks in the state of California.  In 1911 a carousel was established within the park, and in 1924 the Giant Dipper Roller Coaster was added to the park’s attractions.  The Santa Cruz Beach Boardwalk is one of a few amusement parks, such as the one in Santa Monica, that still exist on the coast of California.

In 1904, the Neptune Casino of Santa Cruz was designed by Fred Swanton and constructed. This structure was the first grande casino of the beach town.

In 1885, David, Edward and Jonah, were three princes who were all adopted sons of the Hawaiian King David Kalakaua and Hawaiian Queen Consort Esther Julia Kapi’olani, came to Santa Cruz, California to surf, for their first time, in the continental United States. 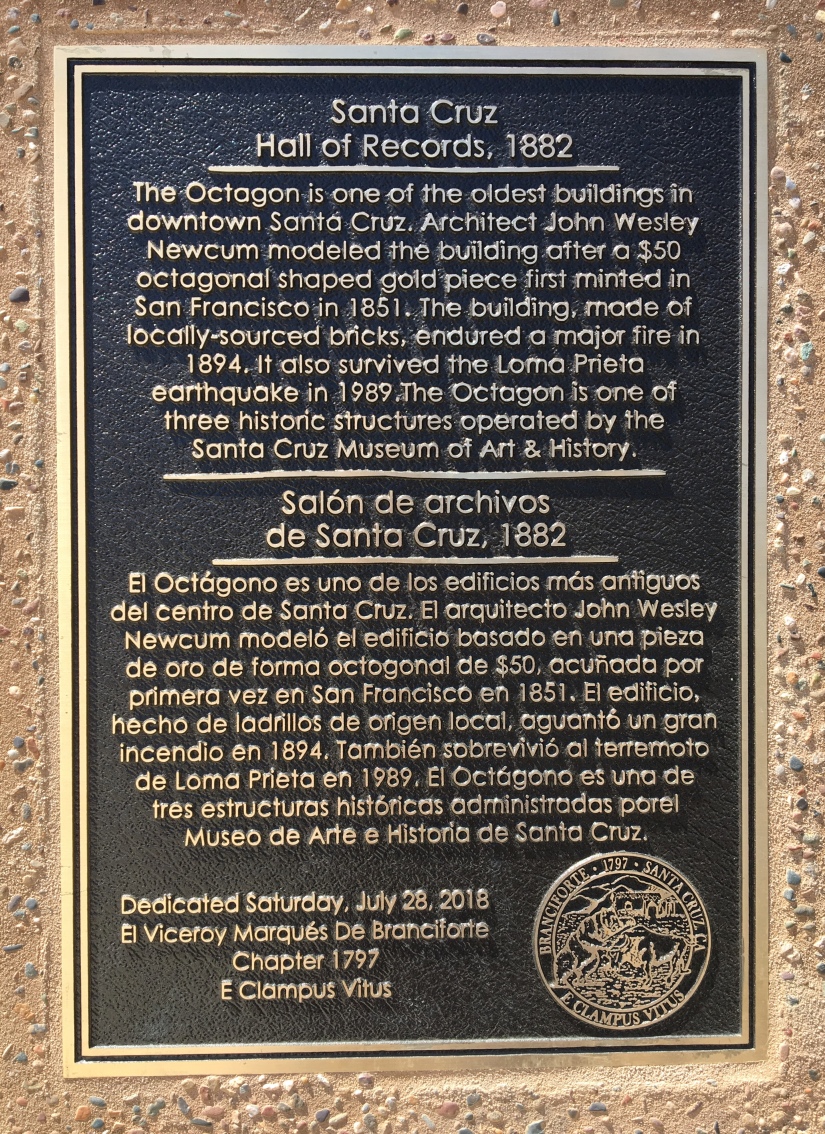 In 1882, a Hall of Records was established in Santa Cruz, California within “The Octagon”; which was modeled after a monetary gold piece first minted in San Francisco in 1851. 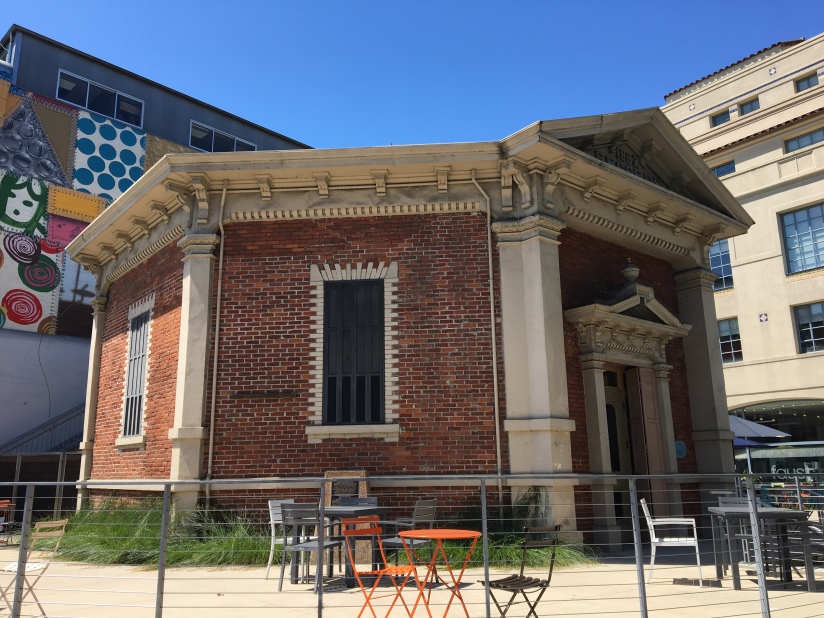 “The Octagon” served as the Santa Cruz Hall of Records until the 1968, the year the records was moved to the new Santa Cruz County Government Center. 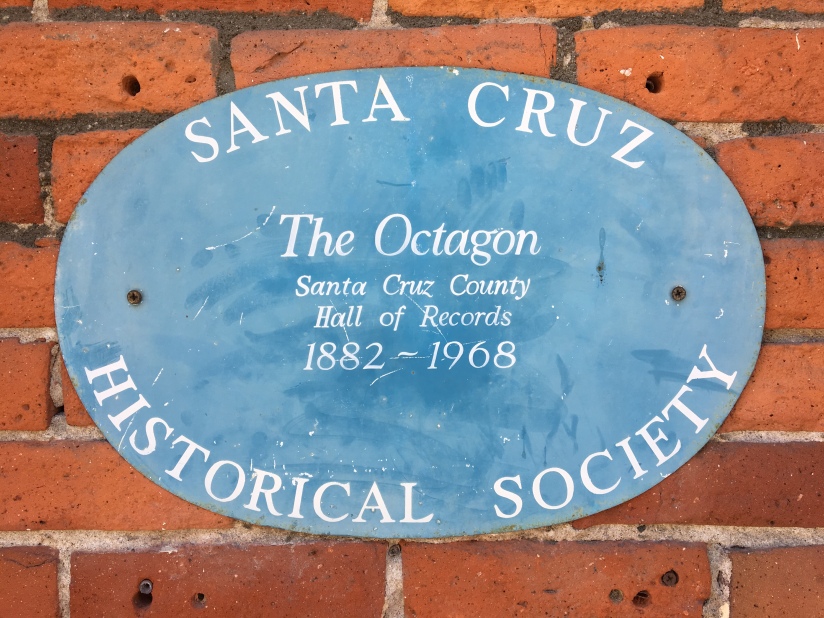 Santa Cruz was incorporated in 1866 as a town under the laws of the State of California and received its first charter as a city in 1876. At that time the city was governed by a Mayor and Common Council consisting of four members.

In 1907, the citizens voted for a new charter designating a Mayor as chief executive and a City Council consisting of seven members. Subsequent charters gave a Mayor and four Commissioners both executive and administrative powers. At that time the city was divided into five departments: Public Affairs, Revenue and Finance, Public Health and Safety, Public Works, and Streets and Parks.

In 1948, the City of Santa Cruz adopted a new City Charter. This charter established a Council-Manager form of government, with a Mayor and six Councilmembers setting policy for the city and a city manager serving as the chief administrator of those policies. The Charter, with amendments, is still in existence today.

In the 1850s, the Evergreen Cemetery, one of the oldest continually operating cemeteries in the state of California, was established. 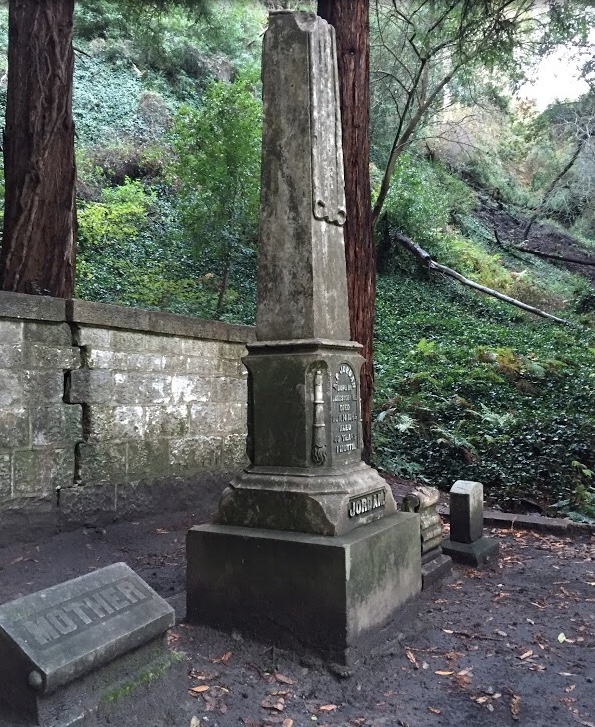 In 1769, the Spanish explorer Don Gaspar de Portola discovered the land area which is now known as the City of Santa Cruz. When he came upon the beautiful flowing river, he named it San Lorenzo in honor of Saint Lawrence. He called the rolling hills above the river Santa Cruz, which means holy cross. 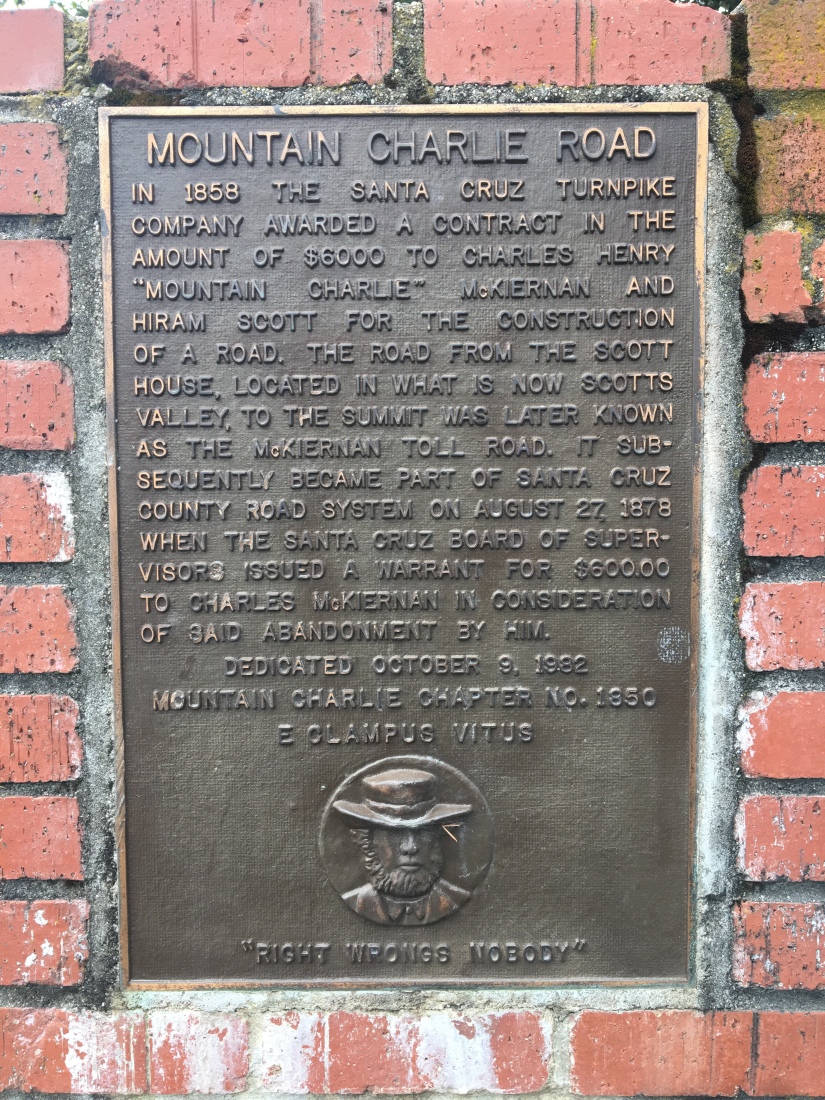 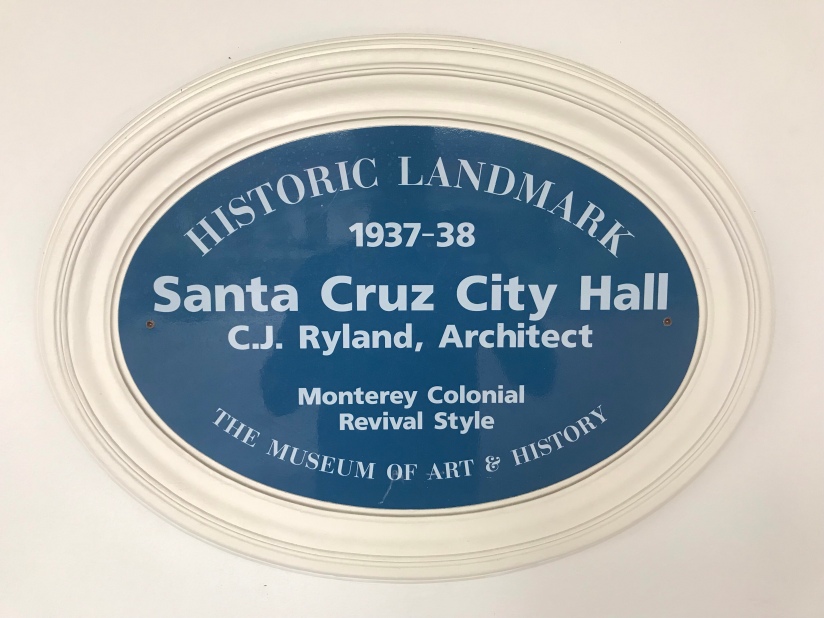 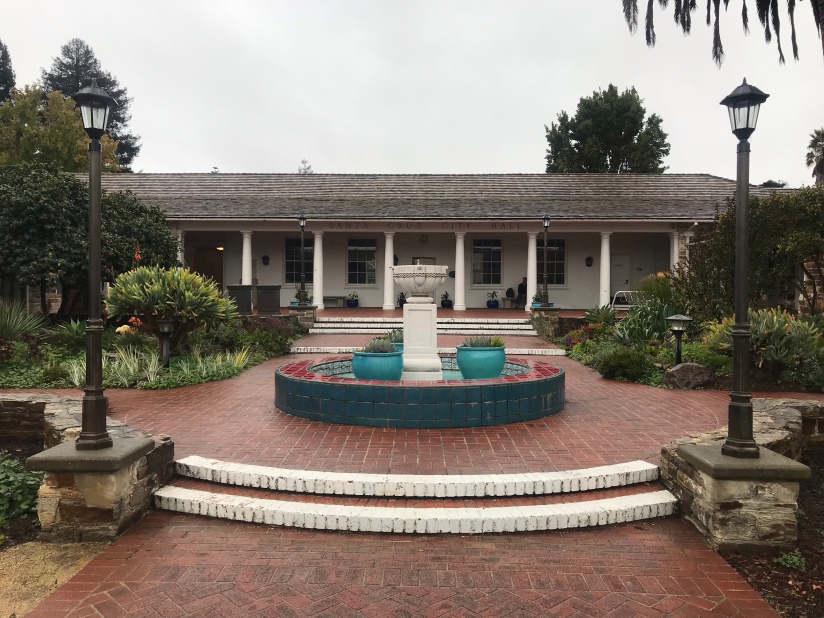 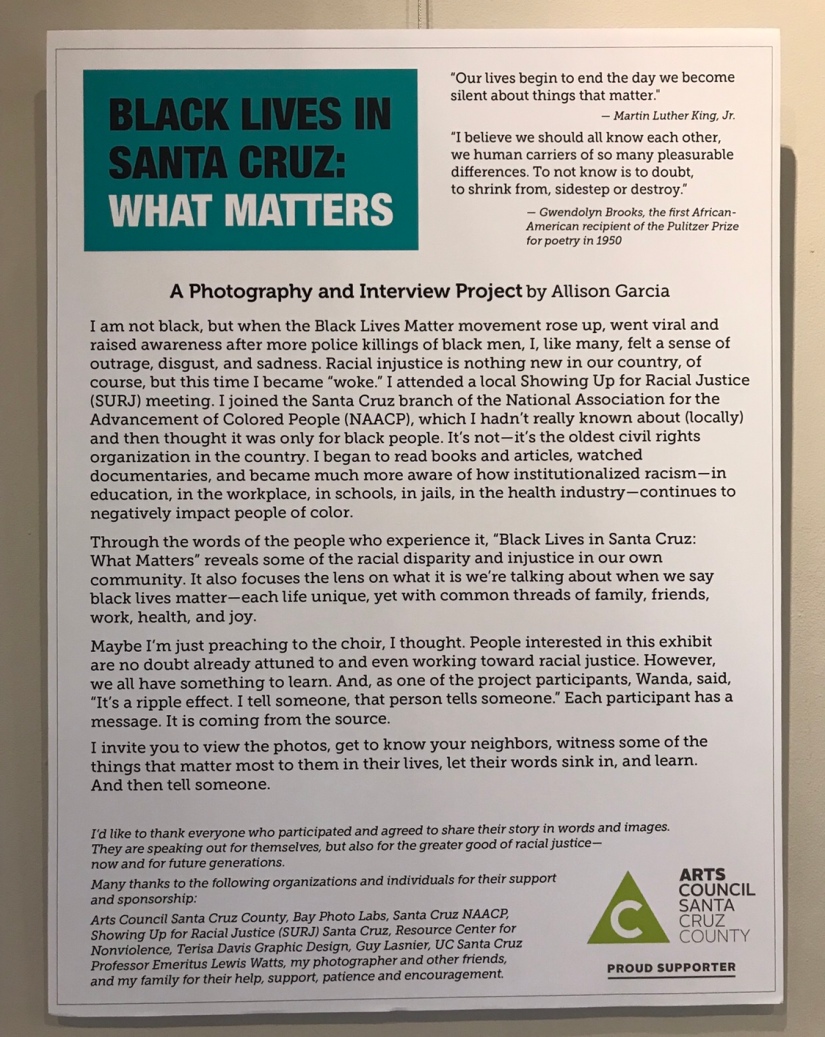 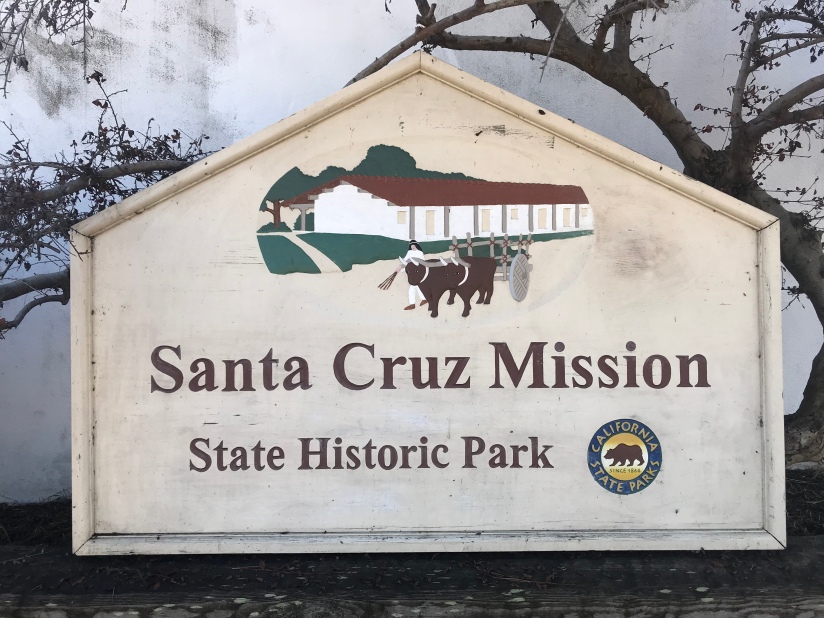 The Mission Adobe for the Santa Cruz Mission, also known as the Misión la Exaltacion de la Santa Cruz, was built from 1795 to 1793 and the structure is the oldest building in Santa Cruz County.

The mission building has exhibits on the Olhone natives that helped construct the building. 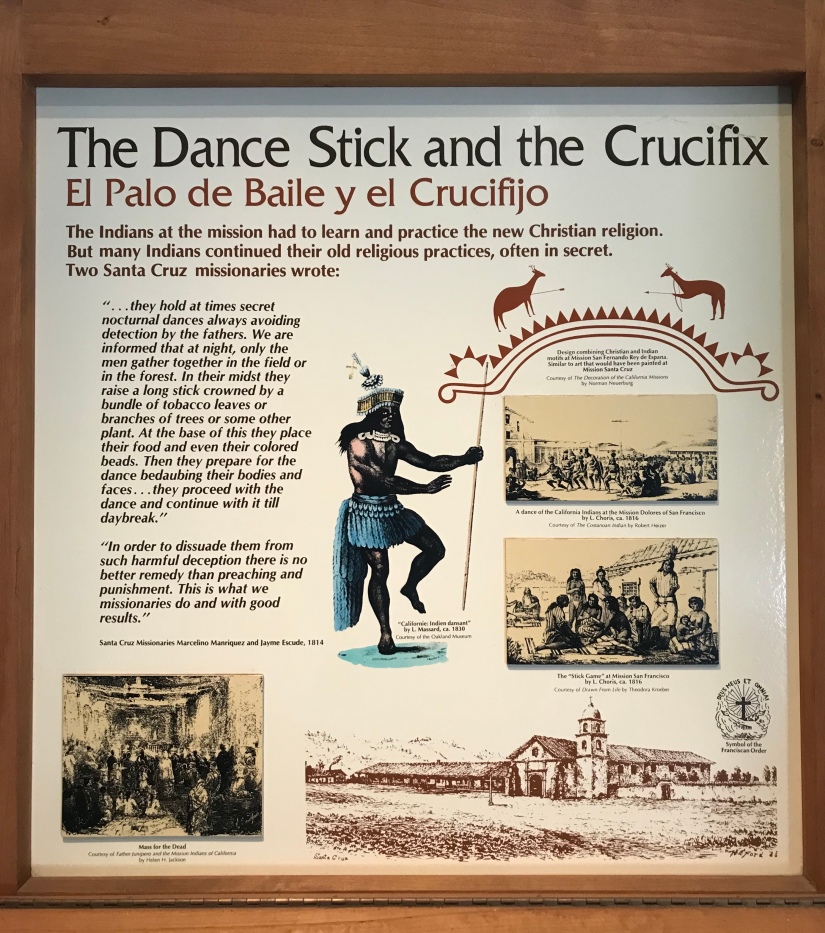 The natives constructed the adobes and the mission building.

After the Santa Cruz Mission became the first to be secularized, the adobe buildings transferred ownership to many business owners.

The Mission Adobe went through a period of abandonment before becoming a California State Park. 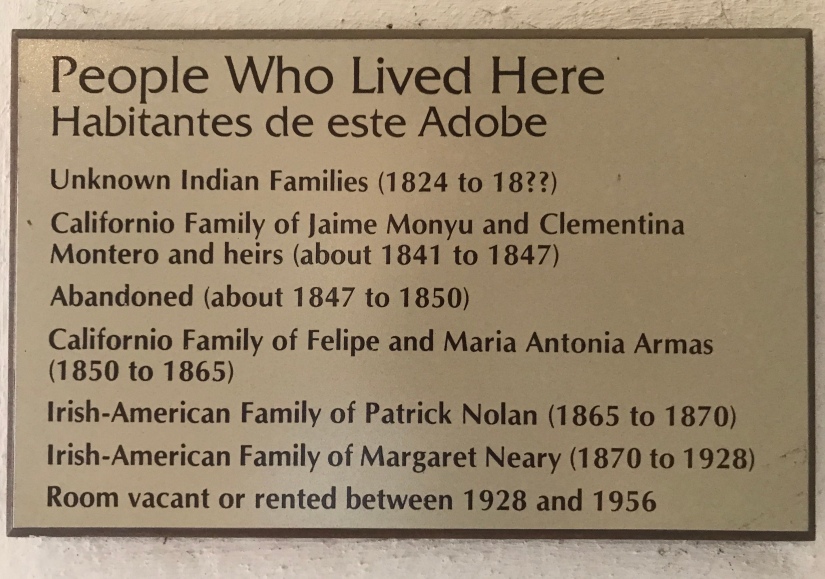