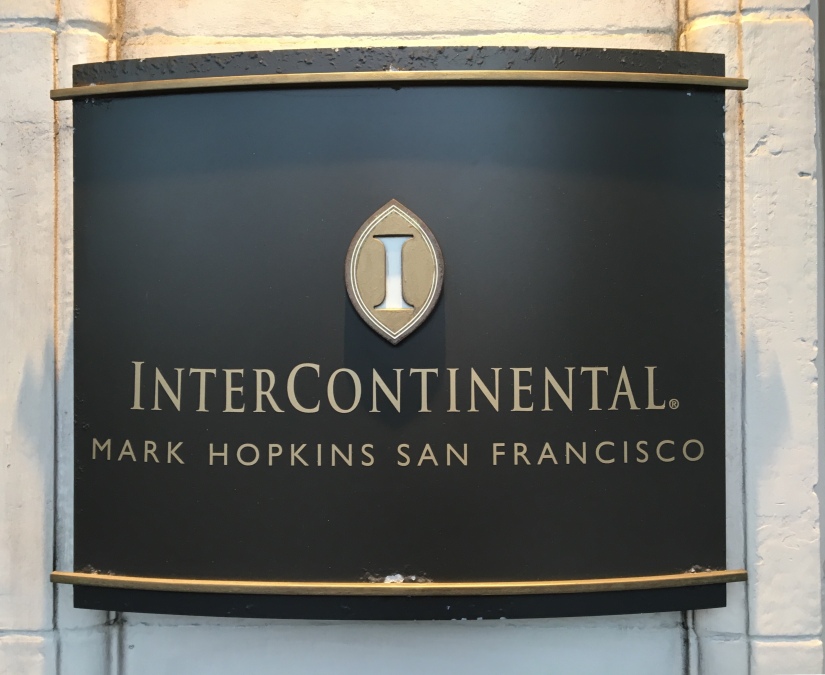 The Mark Hopkins Intercontinental Hotel is a Historical Establishment in San Francisco, California. 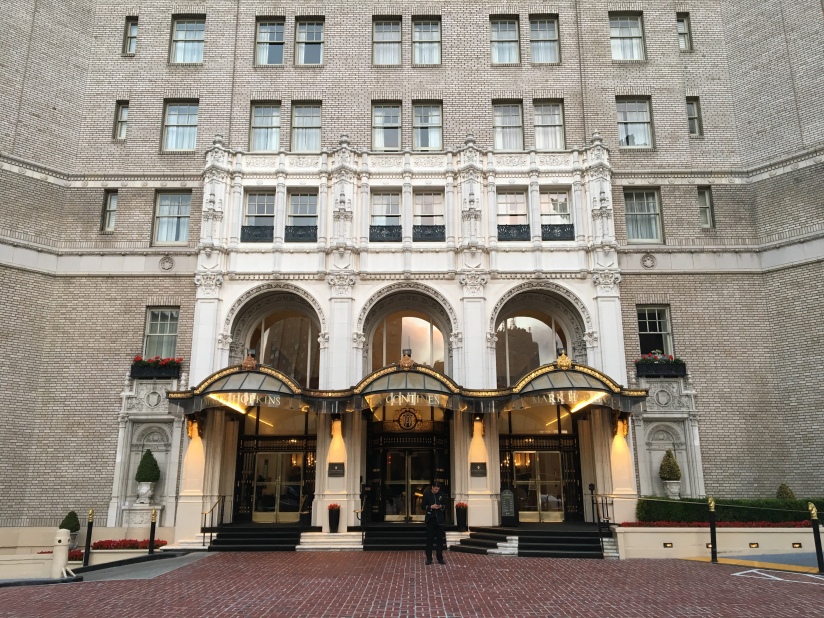 The hotel has a small museum, called the Mark Musuem by the front lobby enterance. 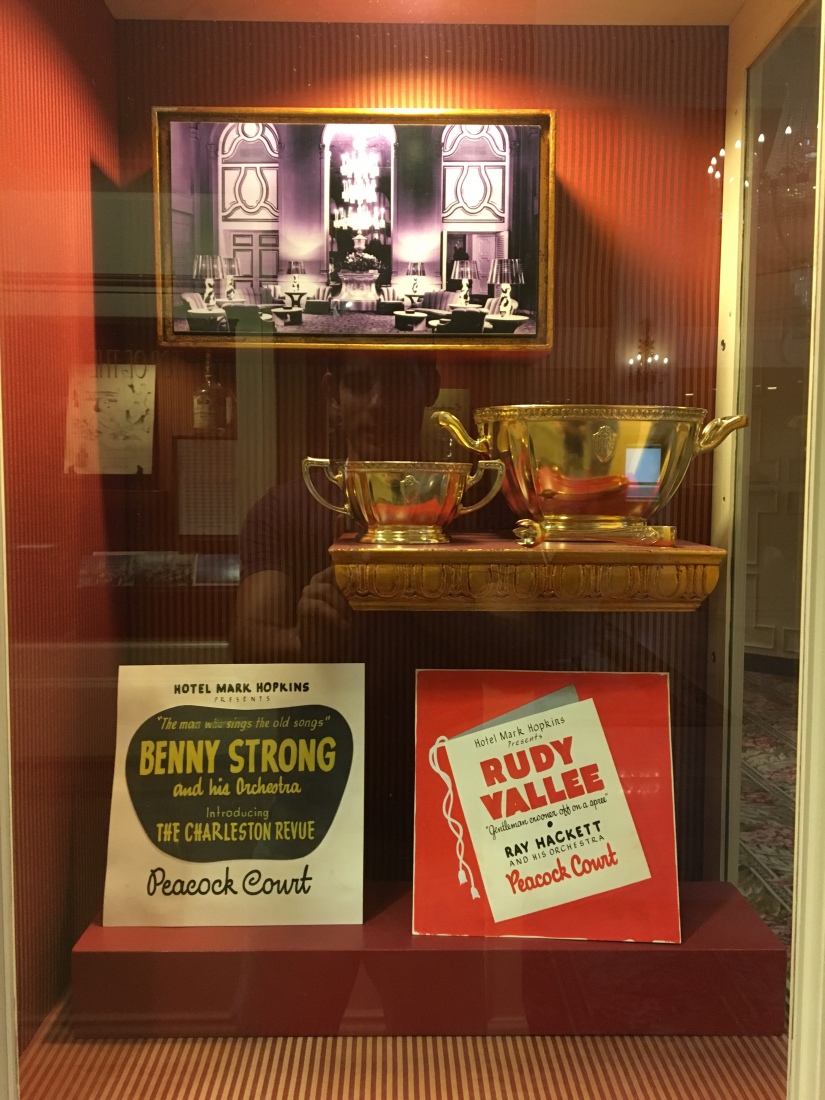 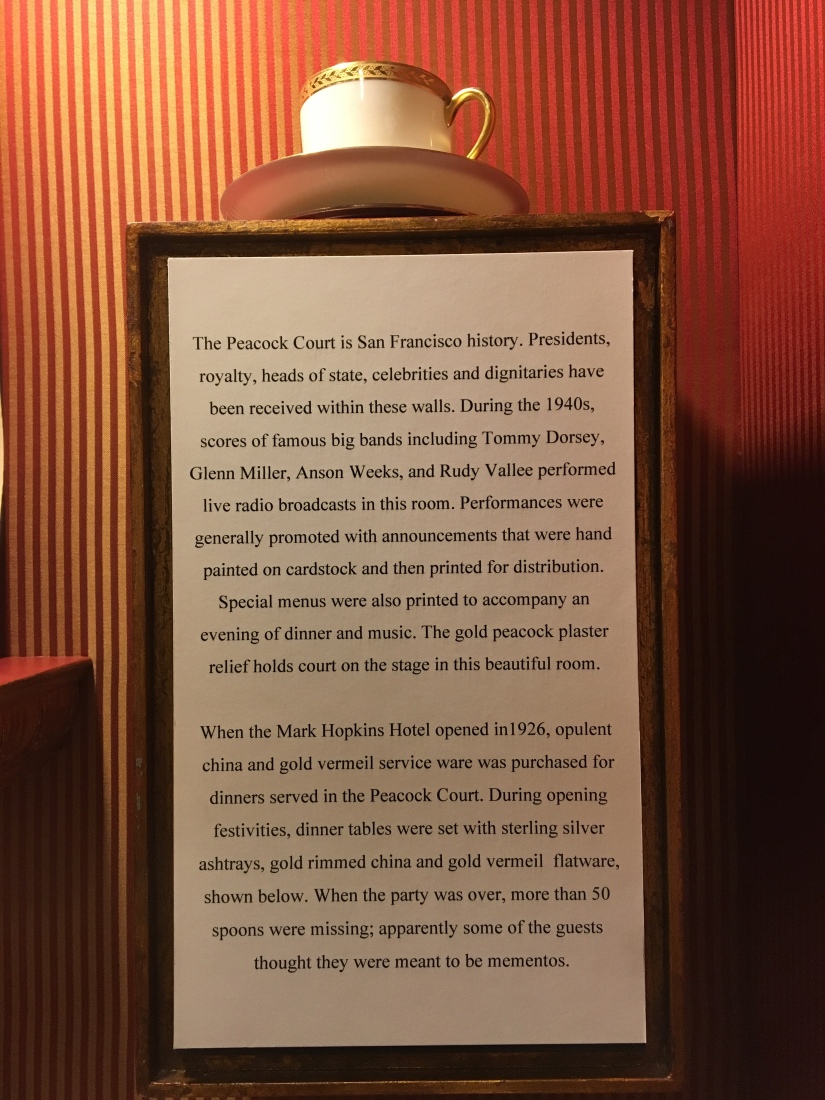 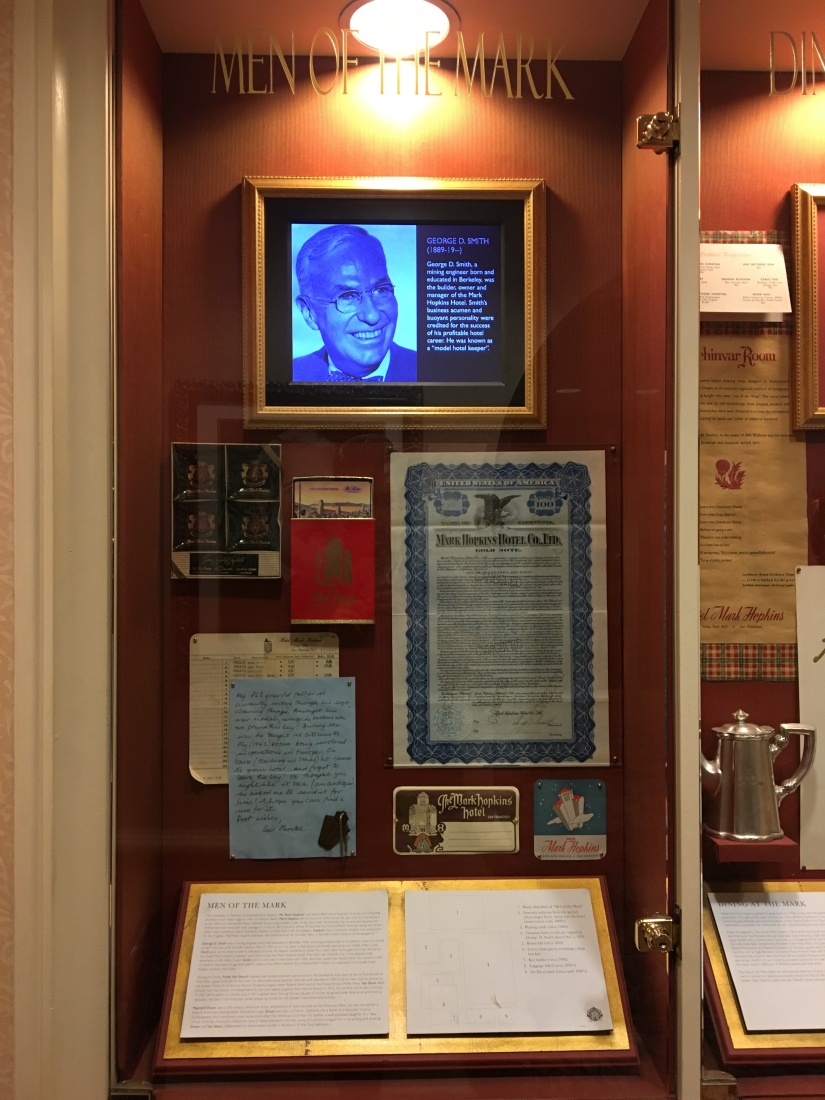 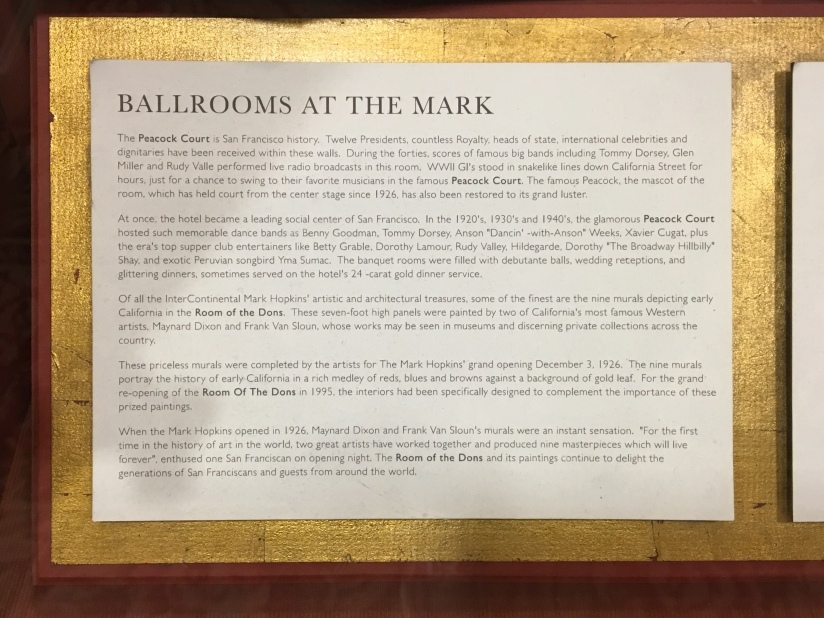 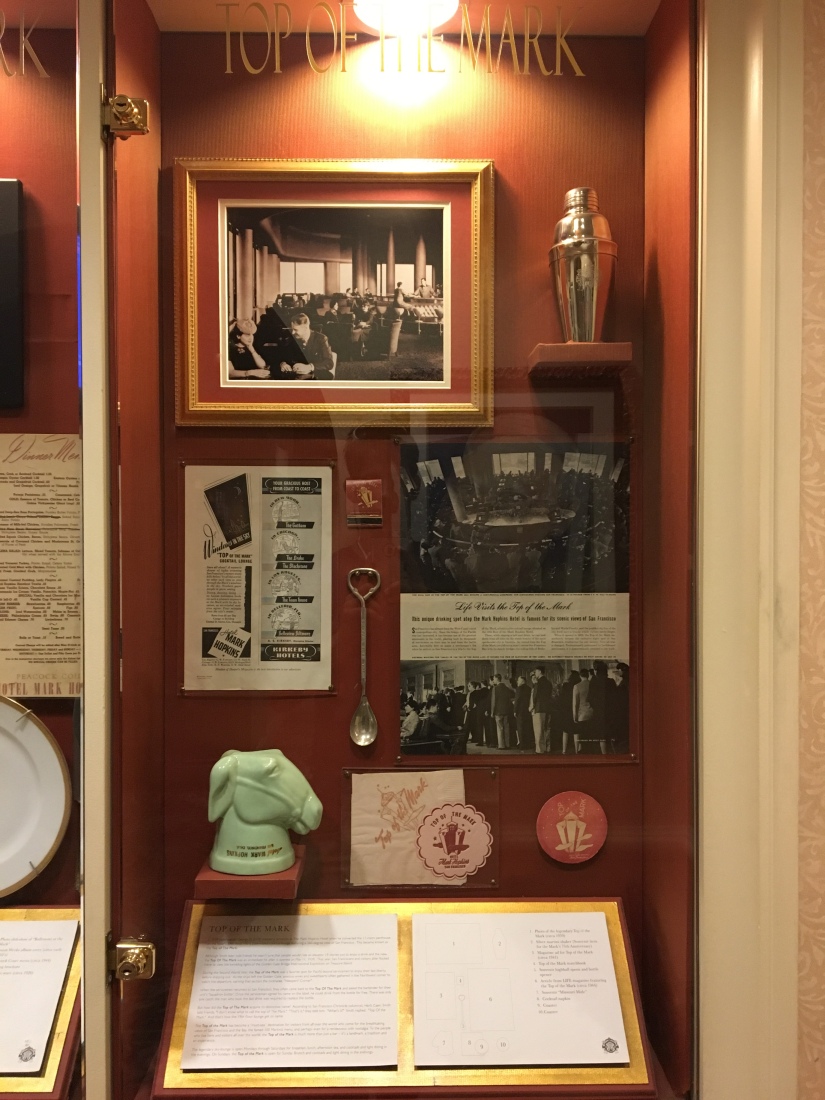 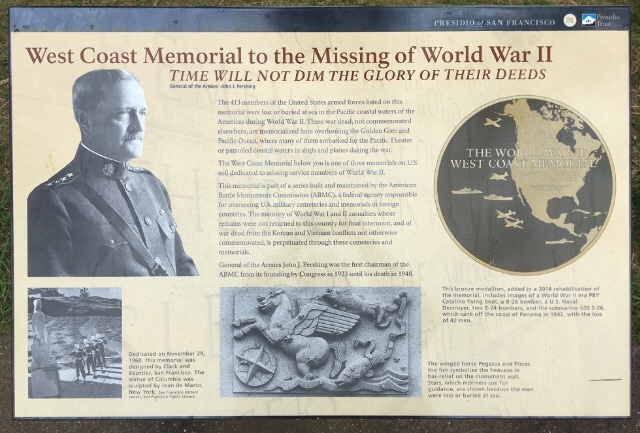 The West Coast Memorial to the Missing of World War II is within the outskirts of the Presidio of San Francisco, California.

The memorial was erected in the memory of those soldiers, sailors, marines, coast guardsmen, and airmen who met their deaths in the American coastal waters of the Pacific Ocean during World War II. 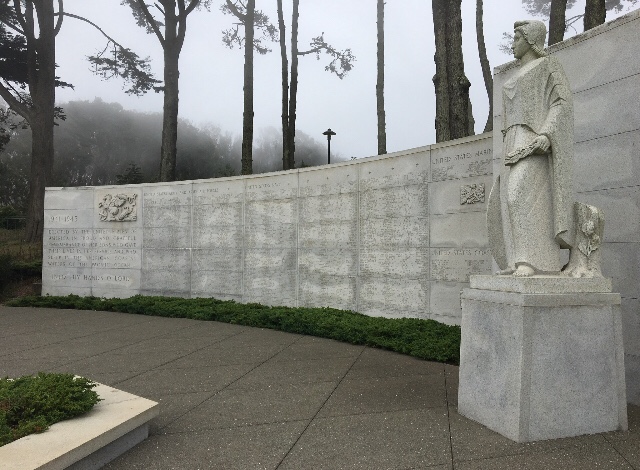 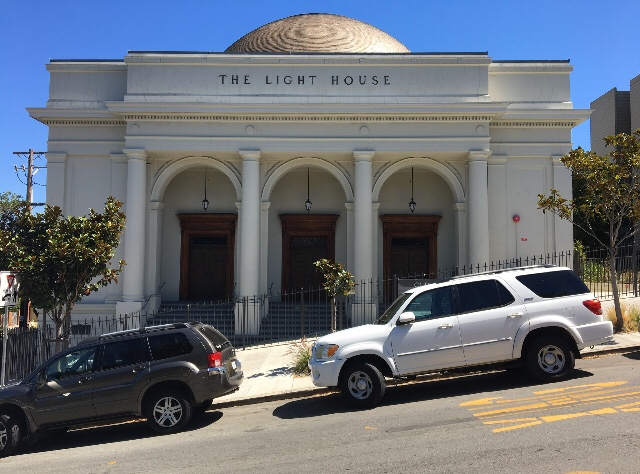 The Light House of San Francisco was built after “The Great Fire of 1906”.

A fire hydrant was painted gold after “The Fire of 1906” when it was utilized I save various structures near Mission Dolores. 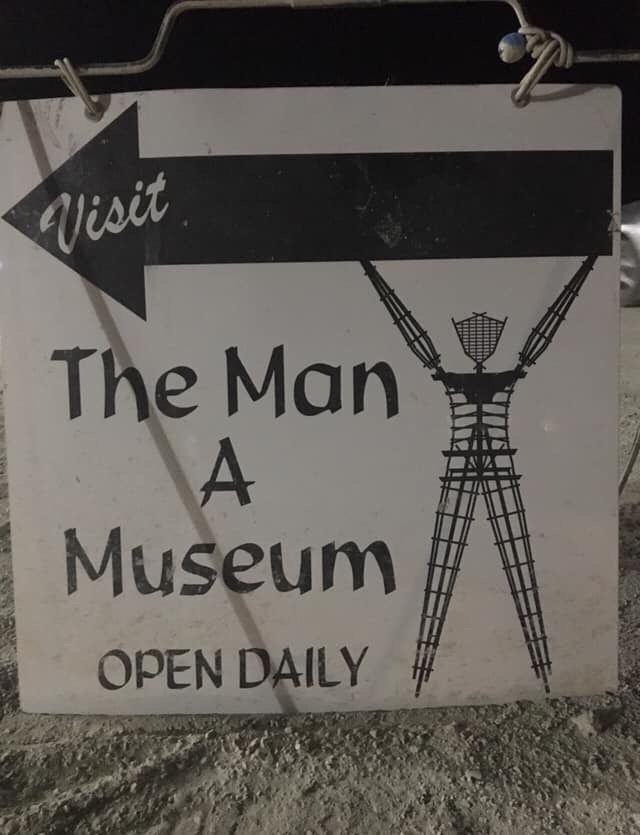 The “Man A Museum” is a temporary museum that is exhibited on the playa of the Black Rock Desert During the annual Burning Man Festival.

The museum paid homage to Larry Harvey, one of the co-founders of the Burning Man Festival who started the event in Baker Beach in California. At the time the burning of “the man” was representative of his ex-wife that he sought to burn away from his life. As the festival grew, the man took on a more universal symbolic meaning of mass transformation. Larry Harvey died of a stroke in San Francisco, California on April 28, 2018. 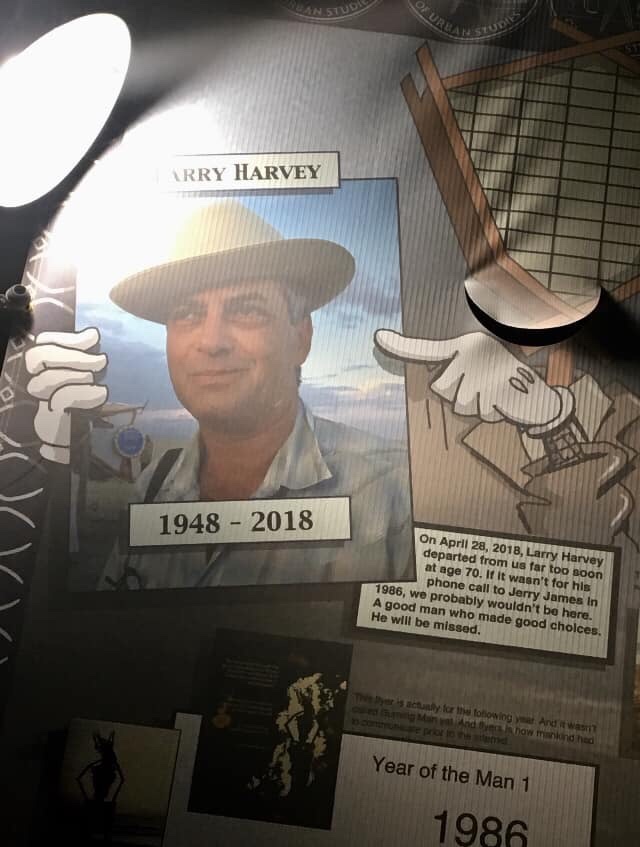 The year of 2019, the Metamorphosis themed festival, was the first year that the man was not designed by Larry Harvey. 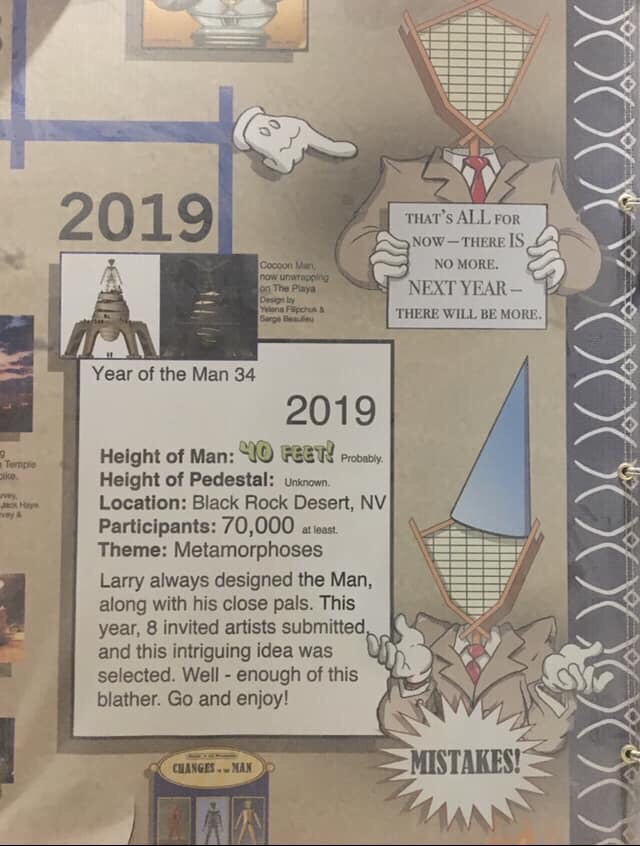 In 1996, the Henry Wilson Coil, Junior Library & Museum of Freemasonry was established in San Francisco, California. The facility hosts a multitude of FreeMason artifacts from the Bay Area. 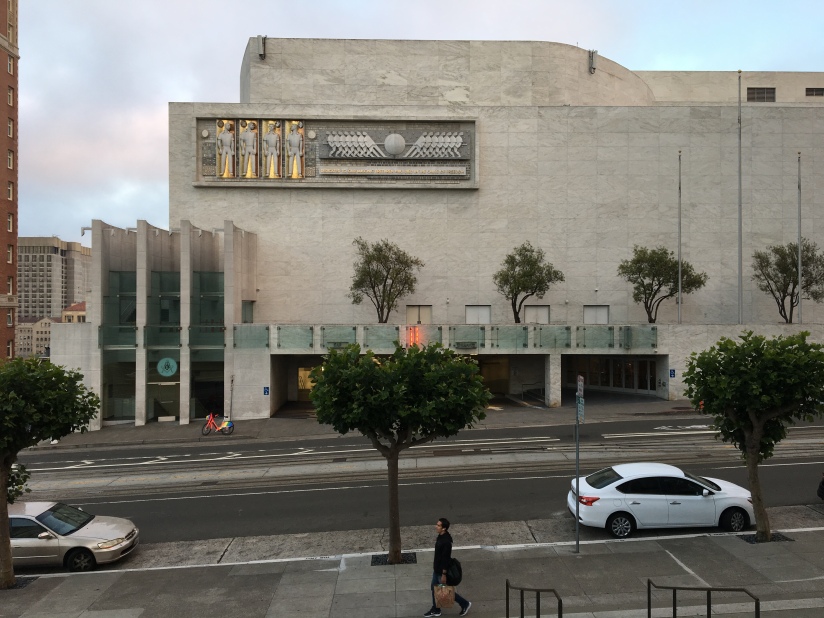 In 1849, three years after serving in the Mexican-American War, Henry Morris Naglee was the commander of a militia unit in San Francisco which was the first unit of the California National Guard.

A statue in honor of Henry Morris Naglee was placed at the Saint James Park in San José, California.

In 1915, Charles Harmon was commissioned to paint the Santa Clara Valley for the upcoming World’s Fair in San Francisco. The painting has moved to various locations since the end of the fair.

Currently, the painting is displayed within the jury room within the Santa Clara Courthouse in San Jose, California. 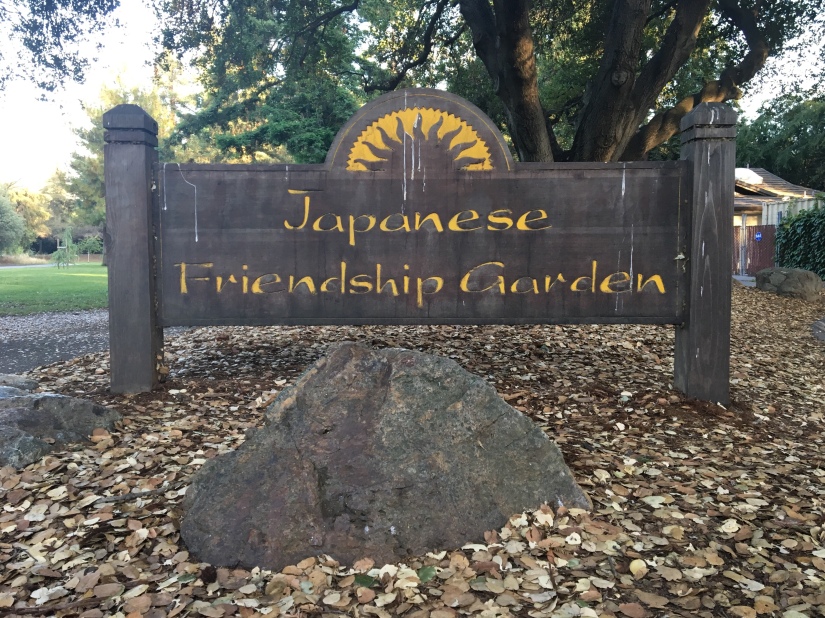 In 1960, during the month of May, the Japanese Cultural Garden was established due to the “Sister City” relationship between Okayama, Japan and San Jose, California

Okayama, Japan and San Jose, California have dignitaries that travel to both cities as a result of the “Sister City” relationship, a connection that various cities worldwide share with one another. 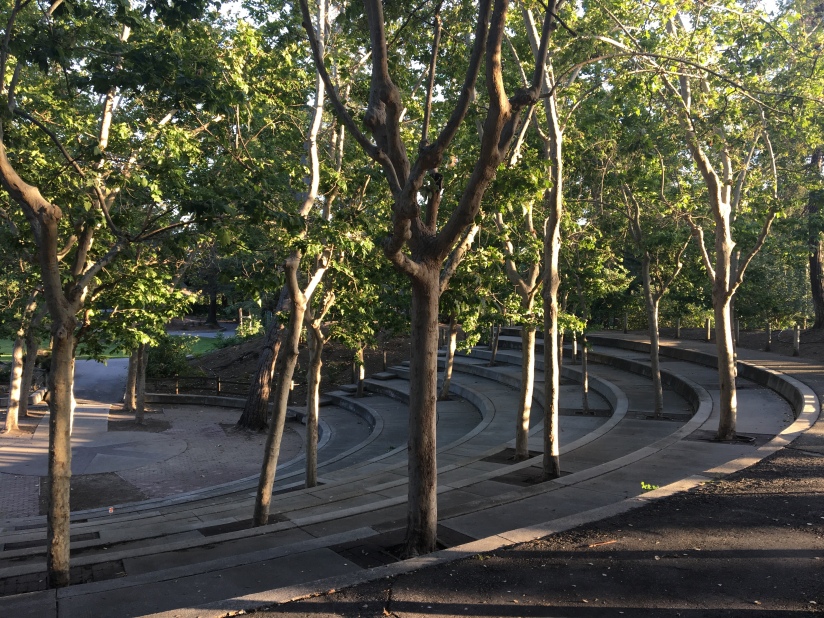 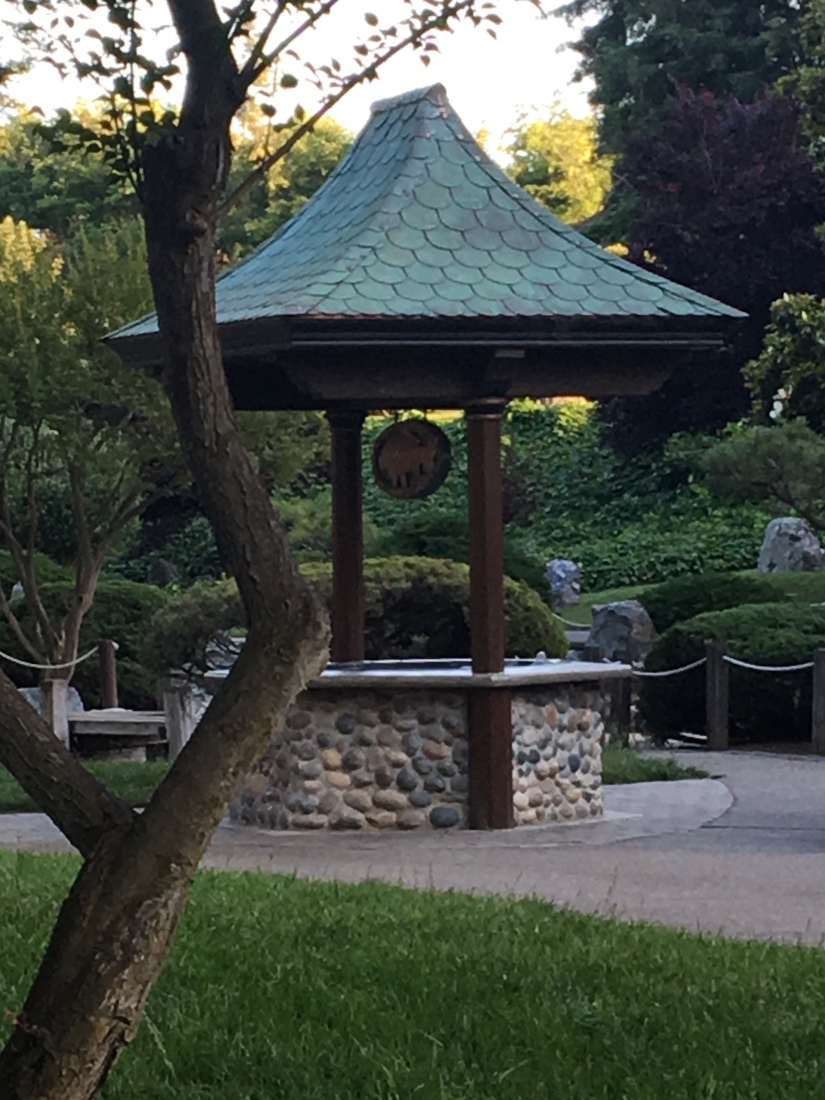 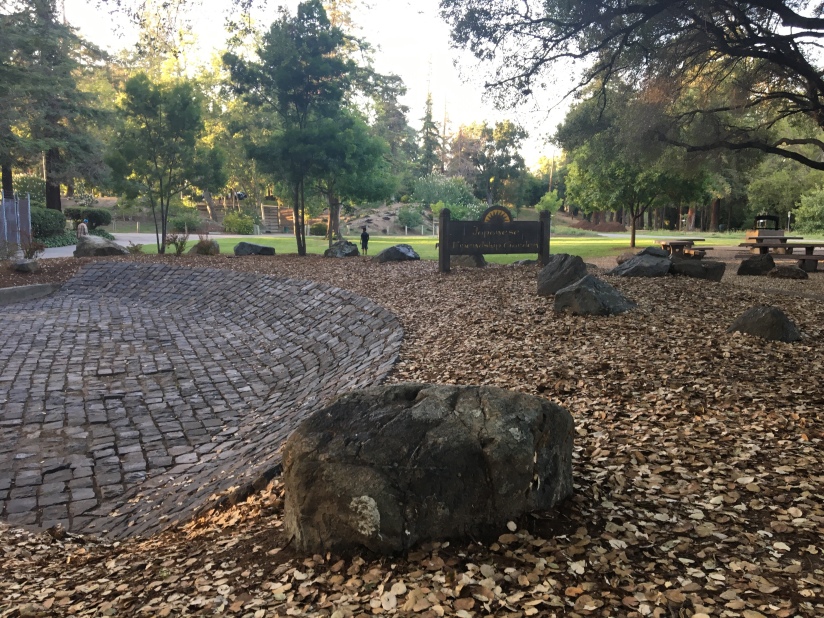 The park and gardens have various Japanese style structures and bridges, similar to the Japanese Tea Garden in San Francisco, California. 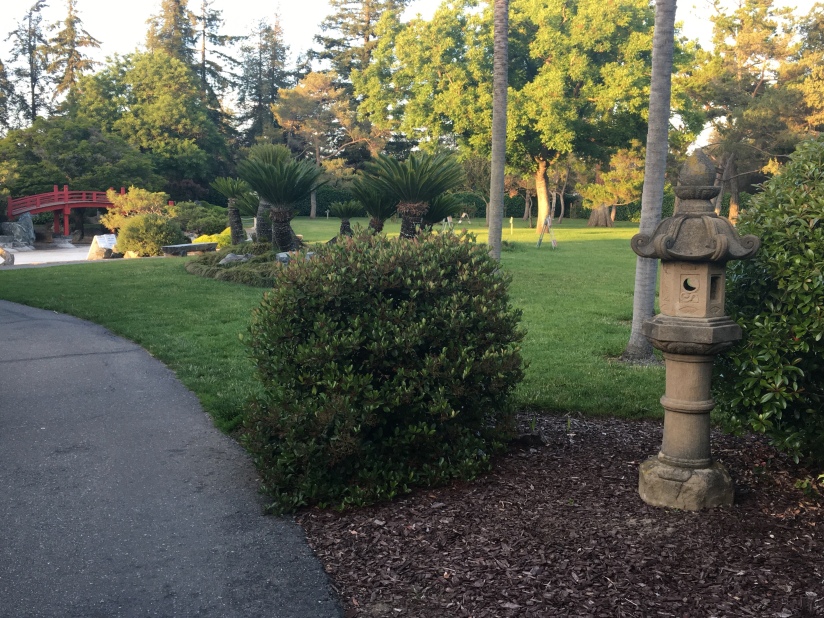 In addition, there are various Japanese fauna and bushes within the garden grounds.

During the U.S. Civil War, Baker continues to serve as a Senator and offered to directly help Lincoln with the military command. Baker served at the Battle of Ball’s Bluff, in Loundon County, Virginia, and became the only U.S. Senator to die in battle. In addition, Baker was the highest ranking Union Officer to die in the war. 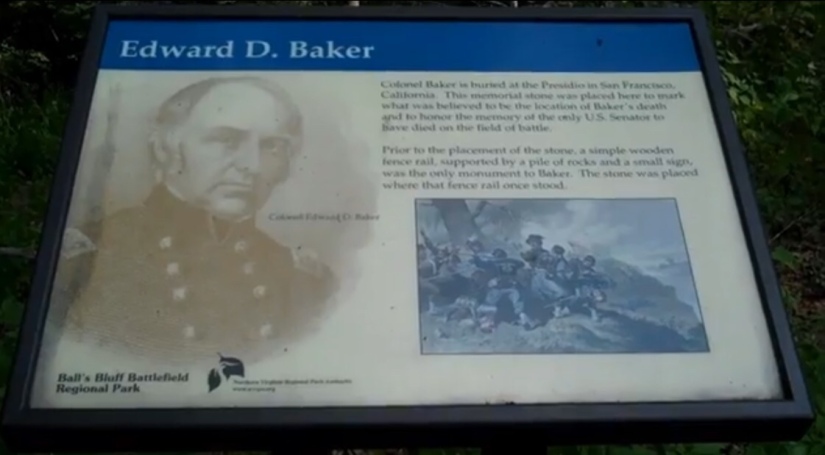 Edward Dickinson Baker is buried at the Presidio in San Francisco, California. 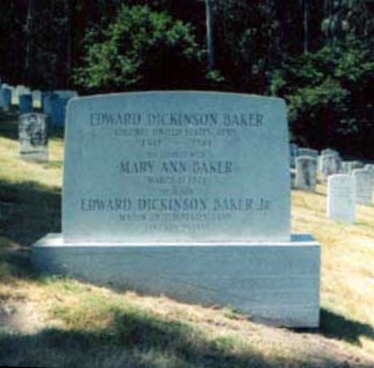 During the 150th Anniversary of the U.S. Civil War, the State of Oregon held an event in honor of former Senator Baker.

The event of “Bloody Thursday” was the height of the 1934 West Coast Longshoreman’s Strike that occurred in the ports of the states of California, Oregon and Washington. On July 5, 1934, San Francisco Policemen shot at various strikers resulting in the deaths of Nicholas Bordoise and Howard Sperry during the San Francisco port strike.

After news of the deaths became known, companies quickly decided to unionize the sea ports that the strikers worked in.

This is some of the footage of the strike before “Bloody Thursday”.

In 1901, President McKinley broke ground for a Monument dedicated to Admiral George Dewey, and his fleet whom had fought in the Battle of Manila Bay during the Spanish-American War. On May 14, 1903 the completed monument was dedicated by President Theodore Roosevelt at the Union Square in San Francisco, California.

The Goddess of Victory statute stands atop of the monument to represent the U.S. victory over the Spanish as the end of the over 300 year Spanish rule over he Philippine Islands. 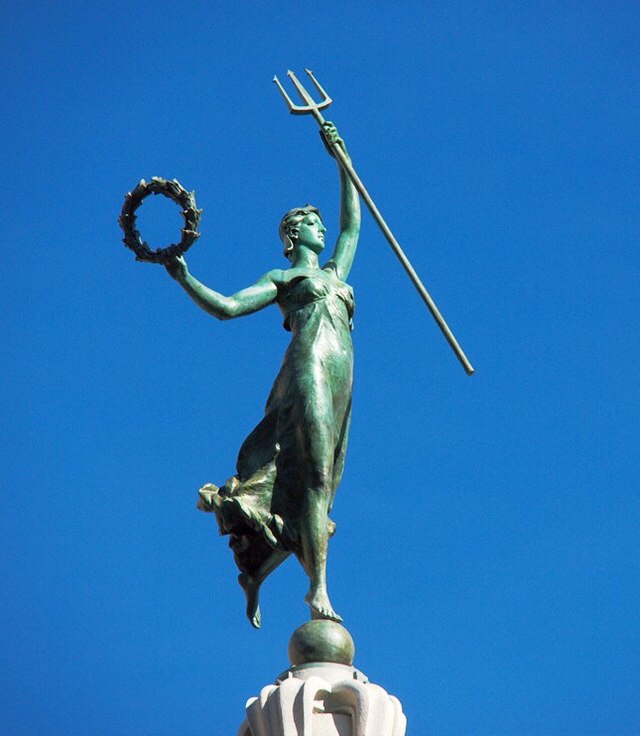 The Mare Island Musuem in Vallejo, California has the newspaper clips regarding President Theodore Roosevelt’s dedication.

Alex De Renzy created the first pornographic film to be legally featured on movie screens inside the United States. The first screening was held in 1970, in the screening room of the present day “Power Exchange” club.

The Bay Area Reporter has more information on the history of pornography films in the Bay Area.

On March 2, 2018 I visited the Beat Museum of San Francisco. There is a fascinating bookstore, with many unique publications, attached to the museum and it’s located on Broadway Street in the north beach part of the city. The museum features artists, philosophers, and writers from is designated as the “Beat Generation” of the 1950s. 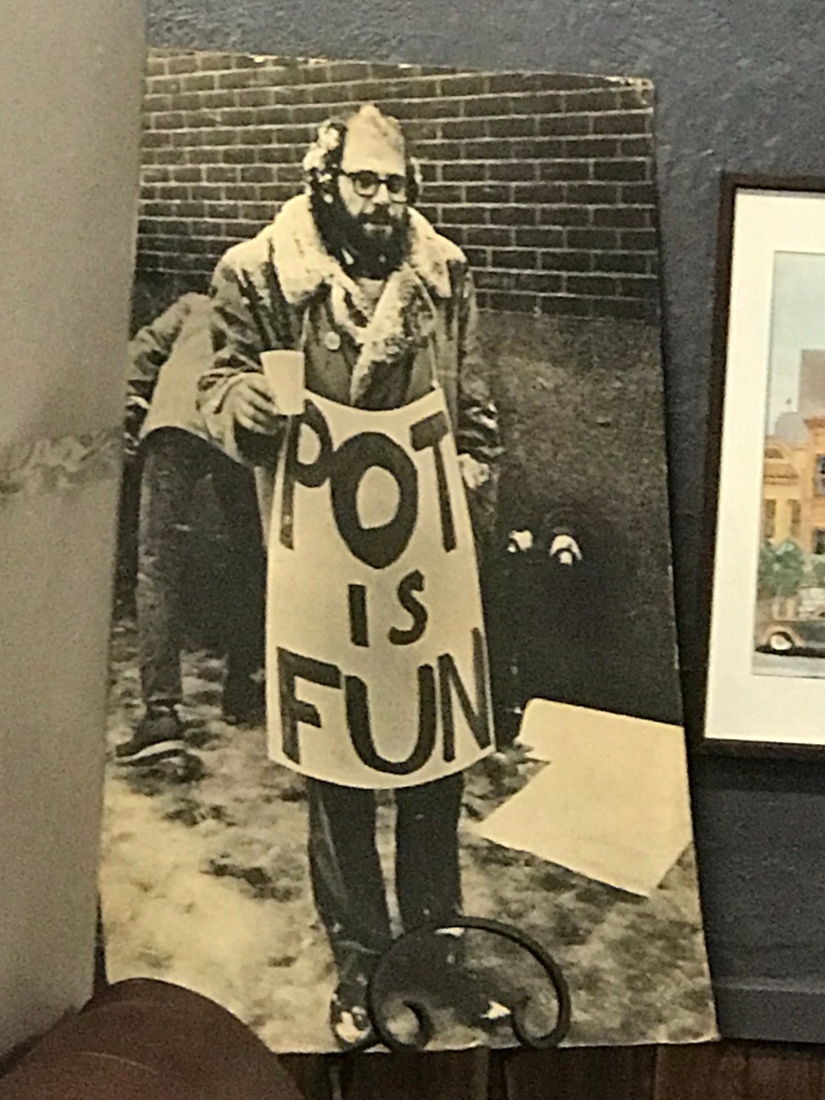 The bookstore has a multitude of books and magazines published decades ago, including original Playboy magazines from the 1950s, 1960s and the 1970s. My favorite part of the bookstore the rare books section, which contained books from Germany and other countries.

The museum contained movie memorabilia, including a car from a film released in 1949 called “On The Road”.

The Beat Museum also contained movie posters from the 1970s and 1980s, including one of Black Sabbath touring New York City.