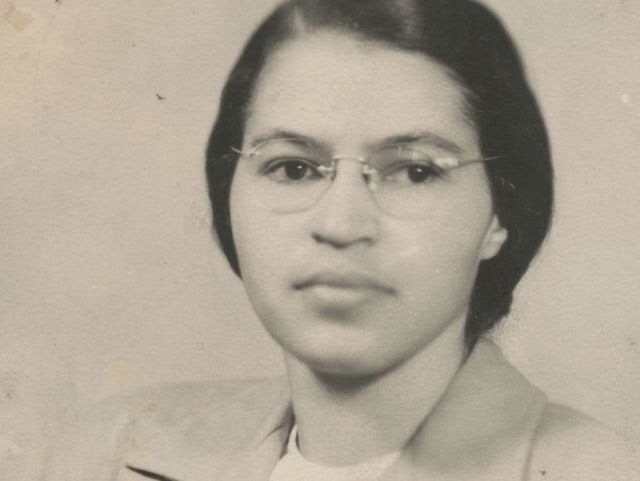 Soon after Rosa Park’s birth, her parents moved to an 160!acre farm where she spent her childhood. 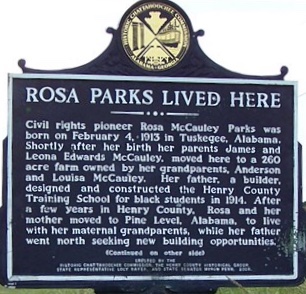 On December 1, 1955, Rosa Louise McCauley Parks had finished her shift as a seamstress and was arrested for her refusal to give up her bus seat to a caucasian rider on her way home.

Upon hearing of the arrest, Martin Luther King, Junior worked with the Southern Christian Conference to coordinate a massive boycott of the segregated bus system. On December 5, Rosa Parks was found guilty of violating segregation laws, given a suspended sentence and fined $10 plus $4 in court costs.

On November 13, 1956, the bus segregation case moved up to the U.S. Supreme Court, which upheld the District court ruling that segregation of buses was unconstitutional, thus ending the eleven months long Montgomery Bus Boycott. 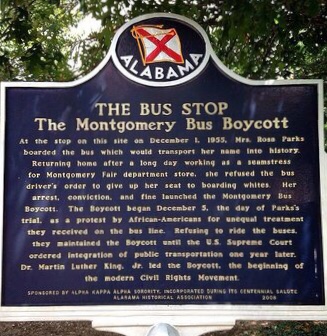