March 7, 1960, the Modern Civil Rights Movement began in Petersburg, Virginia during the “McKenney Library Sit-in”. Before the protest began, Reverend Wyatt Tee Walker, one of the leaders of the sit-in, went to the front desk to ask for a copy of Robert E. Lee’s biography as a symbolic gesture. Soon after, forty African-Americans, led by Reverend Wyatt T. Walker and the other leader Reverend R.G. Williams, sat on all of the seats within the white section of the William R. McKenney Library, in order to protest the library system’s “whites only” policy.

This was the first library sit-in within the United States. and after this event other supporters of the civil rights movement were encouraged to begin a series of protests.

In 1958, Reverend Wyatt Tee Walker became one of the leaders of the Southern Christian Conference. Reverend Walker passed away in January 2018.

The Petersburg Area, which includes the cities of Colonial Heights, Chesterfield, Henrico, Petersburg and the counties of Richmond, Surry and Sussex has a wealth of historical buildings and museums.

The Old Market Square Building is quite an architecturally unique structure within Petersburg, Virginia. The inside of the building is supported by a series of buttresses, including some beams that form an upright cylinder within the center of the structure. 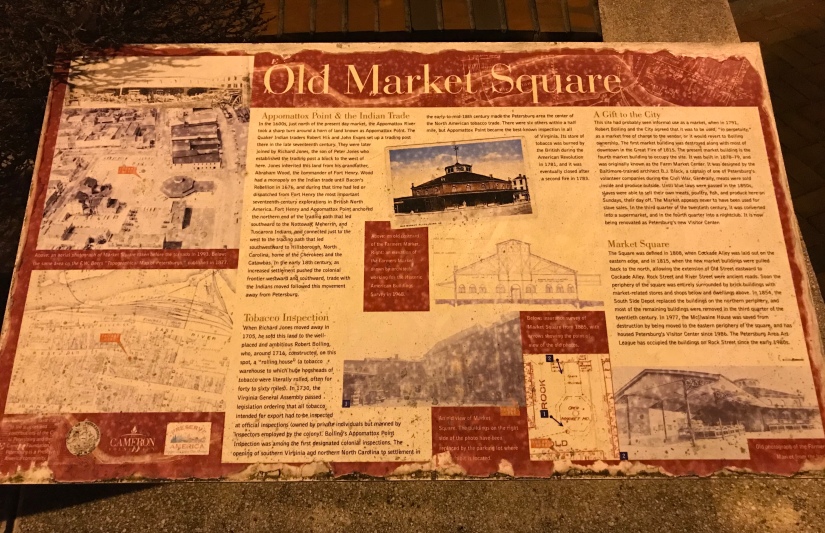 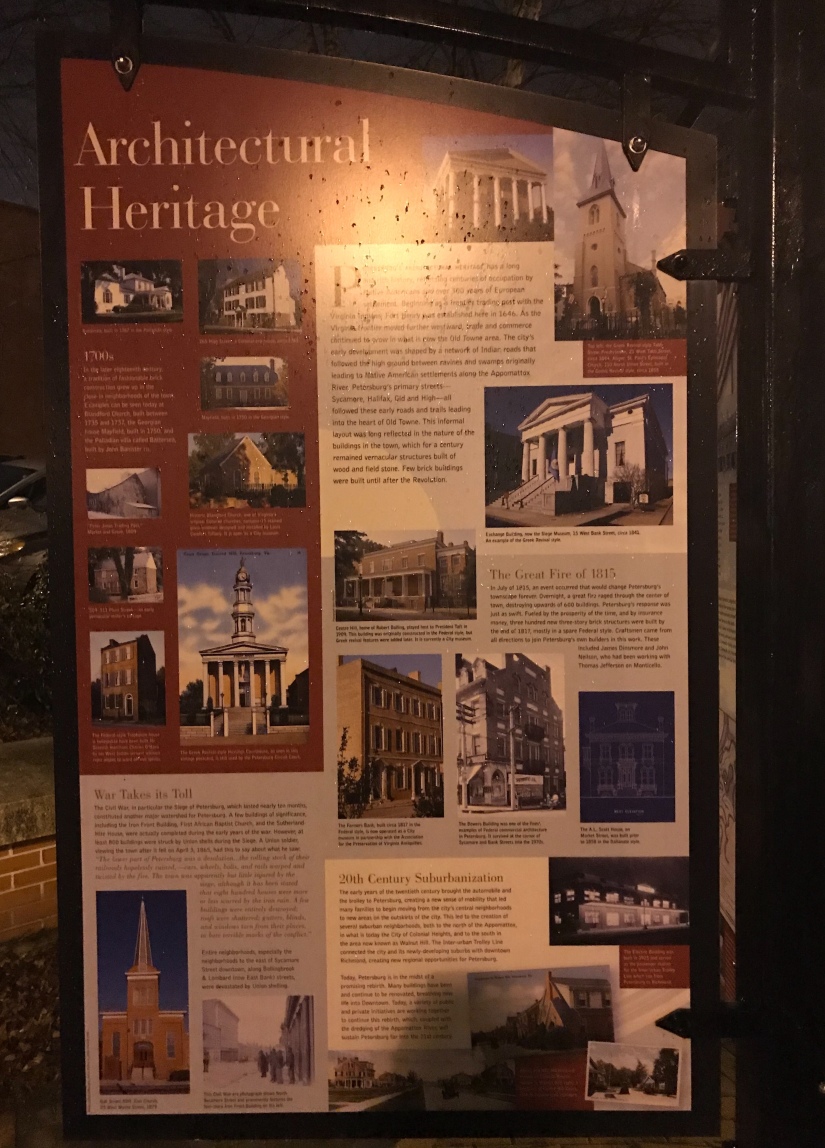 Petersburg, Virginia hosts a variety of historical architectural buildings, most of which are in the city’s Old Towne Petersburg area.

While most of the historical buildings in Petersburg are tied to the U.S. Civil War, the city had significant events during the Revolutionary War occur within its boundaries.

The Merchant’s Exchange Building that was built in the 1840s, was established as the Siege Museum in the 1970s. The museum depicts the life of civilians living before, during and after the siege of union troops during the longest U.S. Civil War battle.

On August 17, 1650, Edward Bland and Abraham Wood left Fort Henry to conduct the first documented English expedition to southwestern Virginia. Some of the areas known as Fort Henry, Virginia would later be known as Petersburg.

On December 17, 1748 the Virginia Legislature established Petersburg, Virginia as a city.

The Historic Petersburg Foundation has a timeline of the various events that occurred in the city.