In 1850, in Nevada City Freemason Lodge was established. 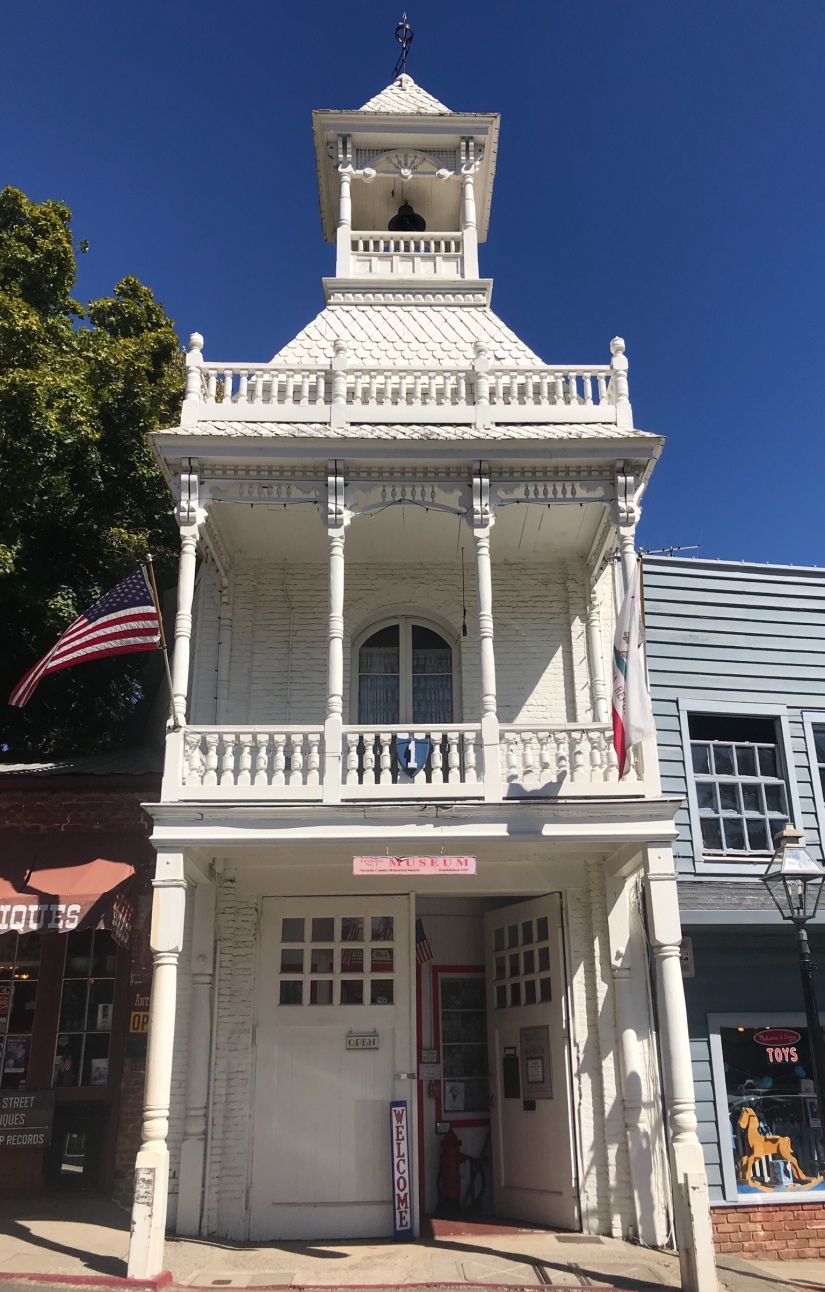 The Nevada City, California History Museum, also known as the Historic Firehouse Number One Museum, showcases the history of gold miners and of Chinese Americans who had lived in the city.

The museum building was constructed in 1861 and was used as a firehouse until 1938. 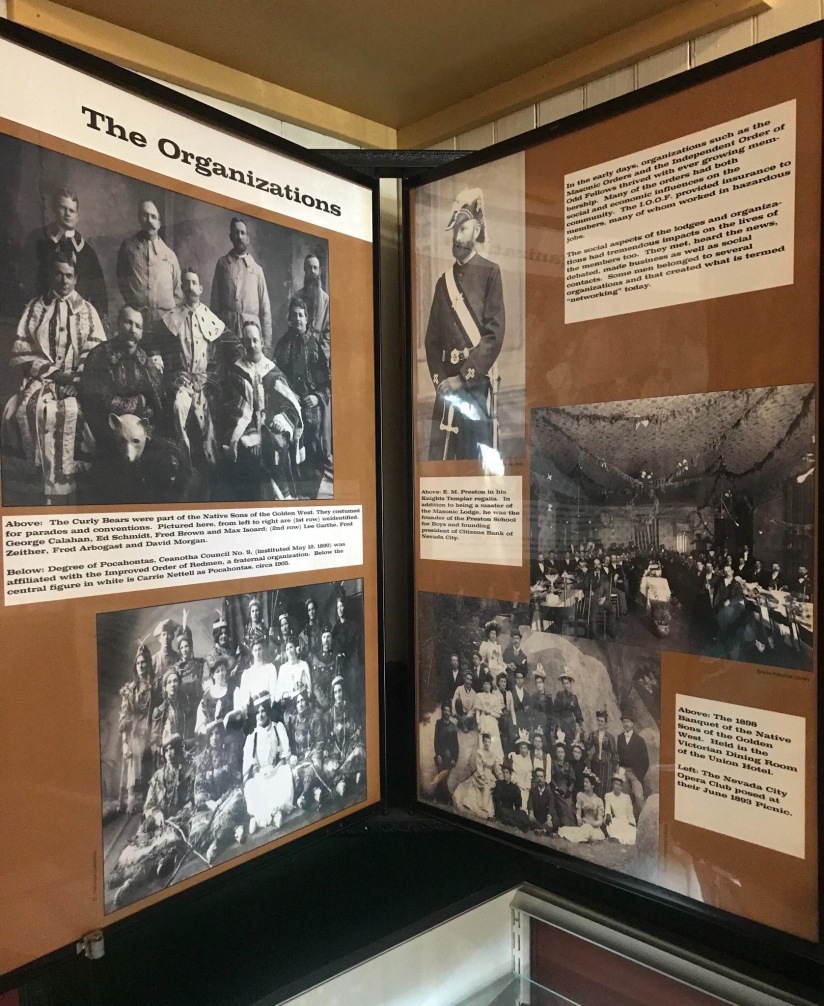 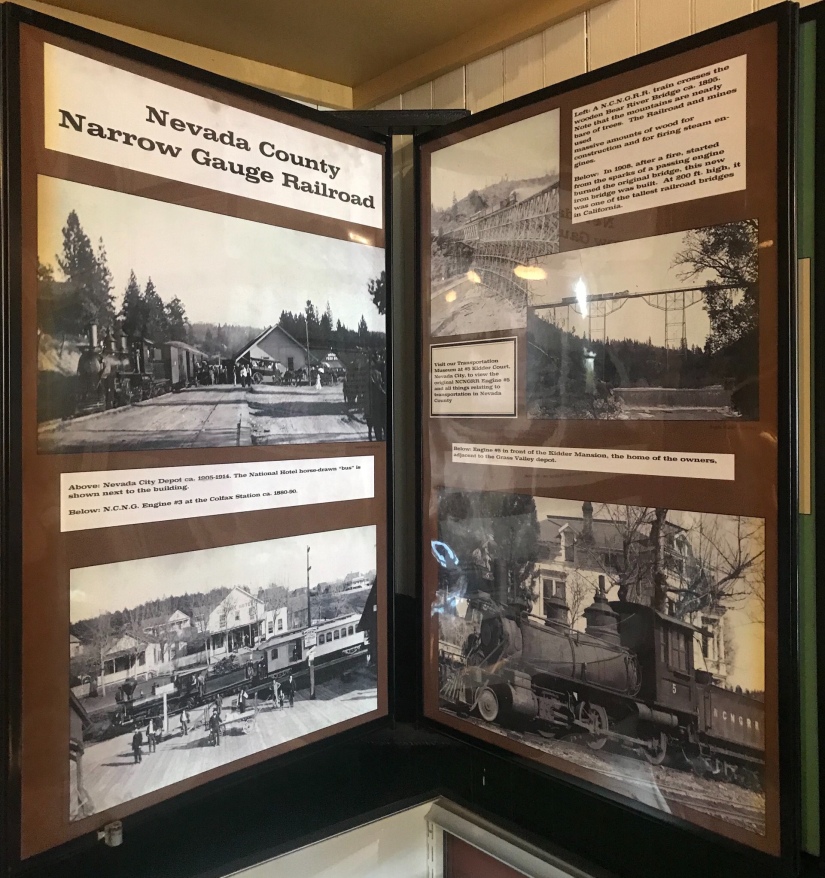 Nevada City was one of several cities were gold miners had flocked to during the gold rush of the mid 1800s. Hydraulic mining began decades after the gold rush, which allowed for gold to be found in riverbeds and other areas that were more difficult to dig through. 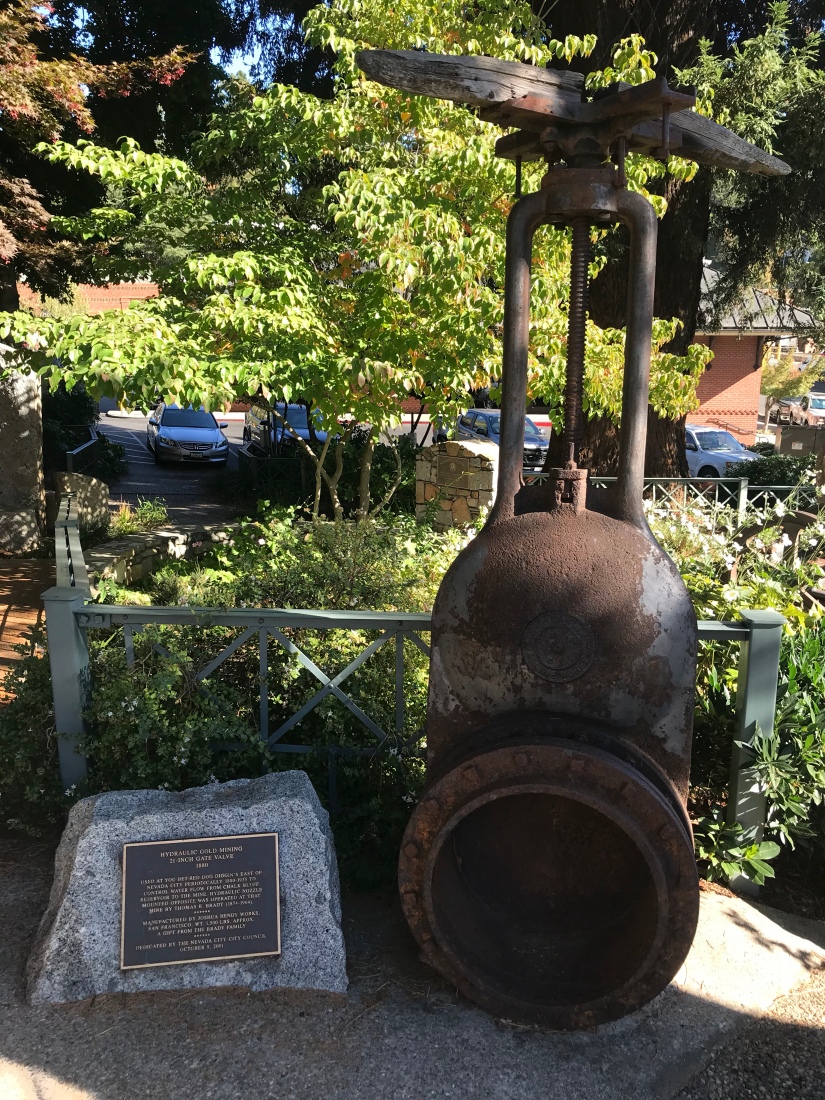 At the entrance of Nevada City, what initially appeared to be a cannon, from a distance, was actually a piece of a hydraulic pipeline.