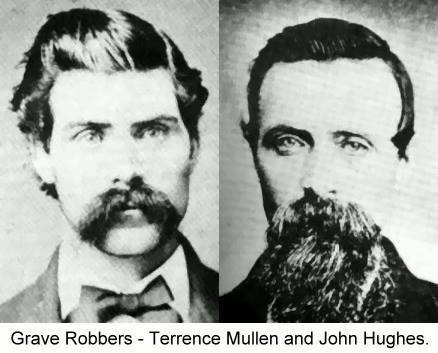 In 1876, Ben Boyd, an engraver for a gang of Chicago based Irish counterfeiters, was arrested at his workshop in Fulton, Illinois.  Ben Boyd was sentenced to ten years at the Joliet Prison.  Members of the Irish gang were unable to find another engraver to continue their counterfeiting efforts, thus they developed a scheme to steal President Abraham Lincoln’s grave, in Springfield, Illinois, and to hide it in the san dunes in Illinois, as a way to bargain for Ben Boyd’s freedom and for a cash payment of $200,000.

Two of the captured members were sentenced the maximum sentence for grave robbing, one year, at the Joliet Prison.