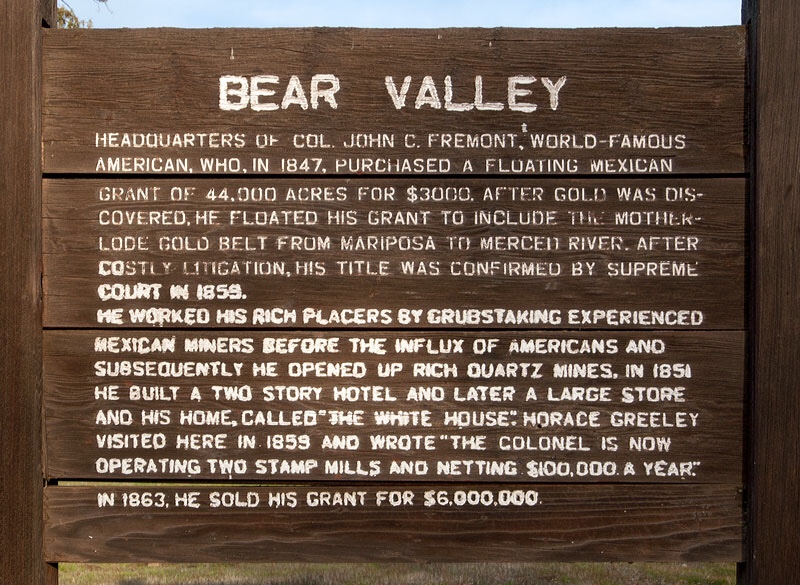 The area of Bear Valley, California, has gone by several other names such as Haydenville, Biddle’s Camp, Biddleville, Simpsonville, and Johnsonville. Bear Valley was named after John Charles Frémont’s involvement with the “Bear Revolt”, after the town was established as Frémont’s headquarters within Mariposa County, after he purchased the Rancho Las Mariposas Grant. Frémont built a home called “The White House” and a hotel, near the “Oso House”, which hosted famous patrons such as Ulysses S. Grant, within Bear Valley. 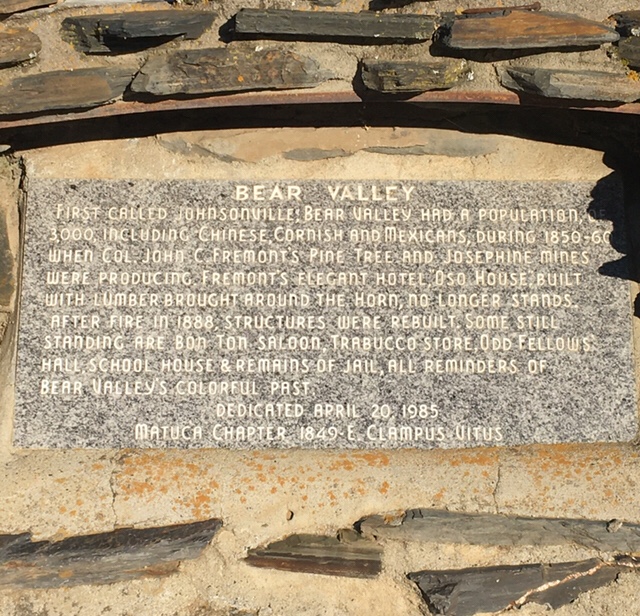