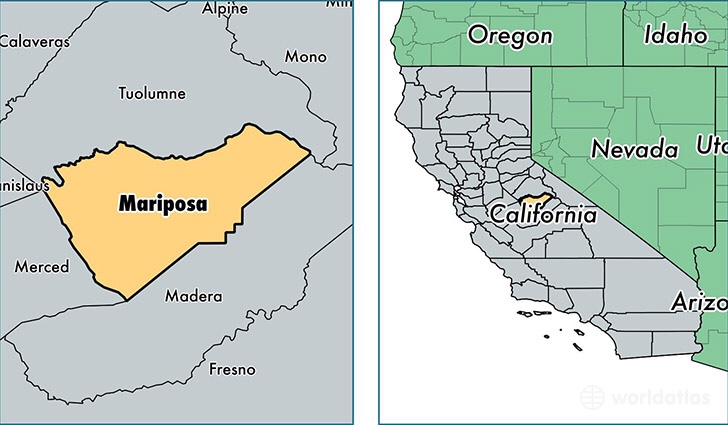 Mariposa County, California was founded by pioneers of Yosemite Valley, miners and loggers by Americans who came to California during the Gold Rush.

The town of Mariposa was named after the clusters of butterflies the Spanish saw at at Mariposa Creek in 1806 and the name “Mariposa” is Spanish and Portuguese for buttery. Explorer John C. Frémont was one of the first American landowner of part of the lands within Mariposa County after buying the title from the land from a Mexican resident.