The first Alameda County Courthouse building was constructed in Alvarado, now part of Union City, and was dedicated in 1853. It was housed in a converted loft space above a general store owned by State Assemblyman Henry Clay Smith. 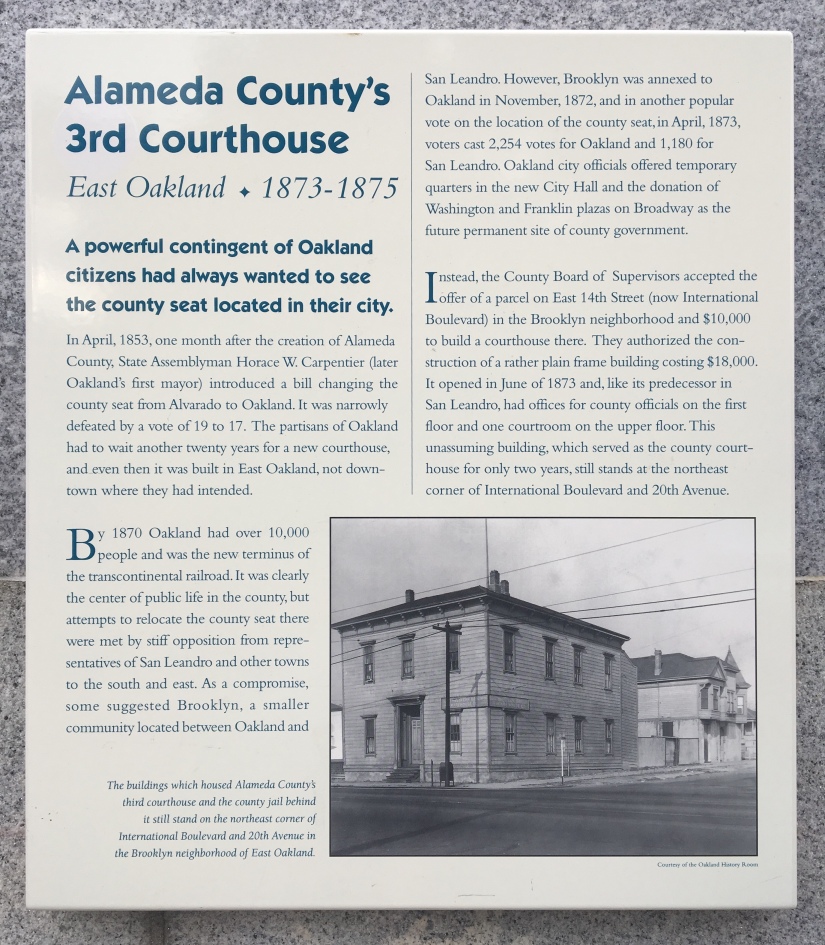 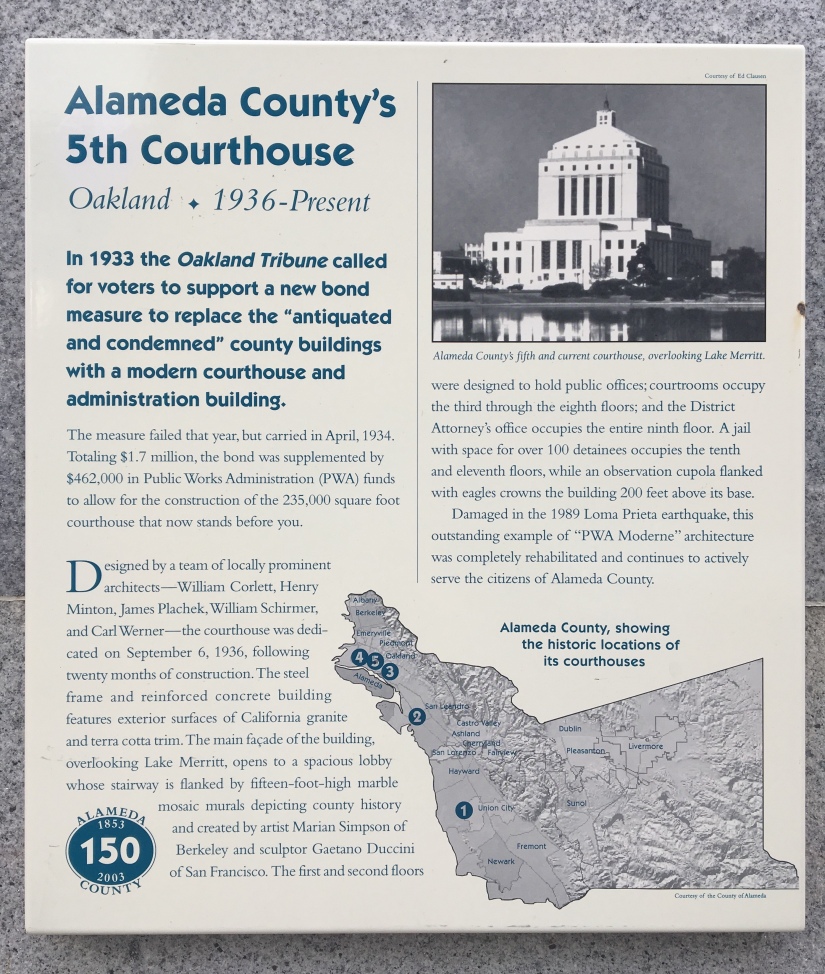 The fifth courthouse was established in … Presently, outside of the public entrance of the building is a history of the five courthouses of the county which this article is derived from.