After Fort Humboldt became a California State Park, multiple machines, and trains, from the redwood logging days at Eureka, California were transported there.

Some of the steam powered machines, within the fort, had lifted the redwoods up in the air with cranes. 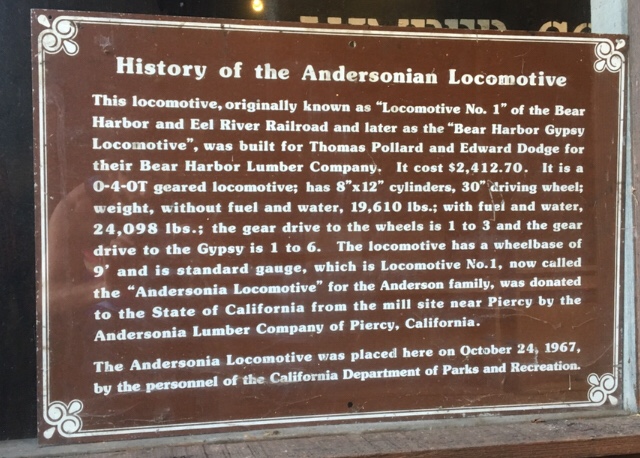 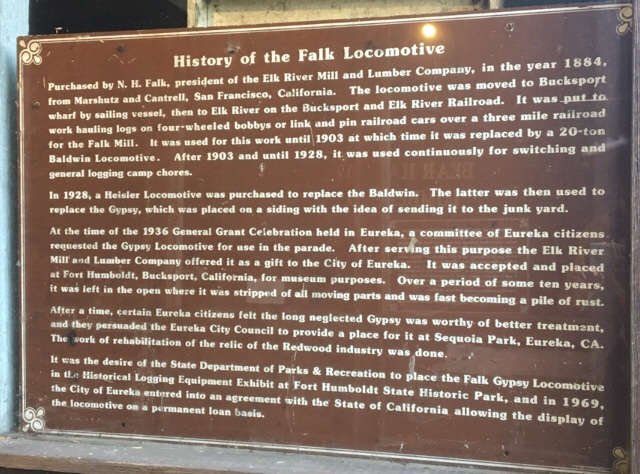 The former “Gypsy Train” is one of the trains utilized for transporting redwoods.