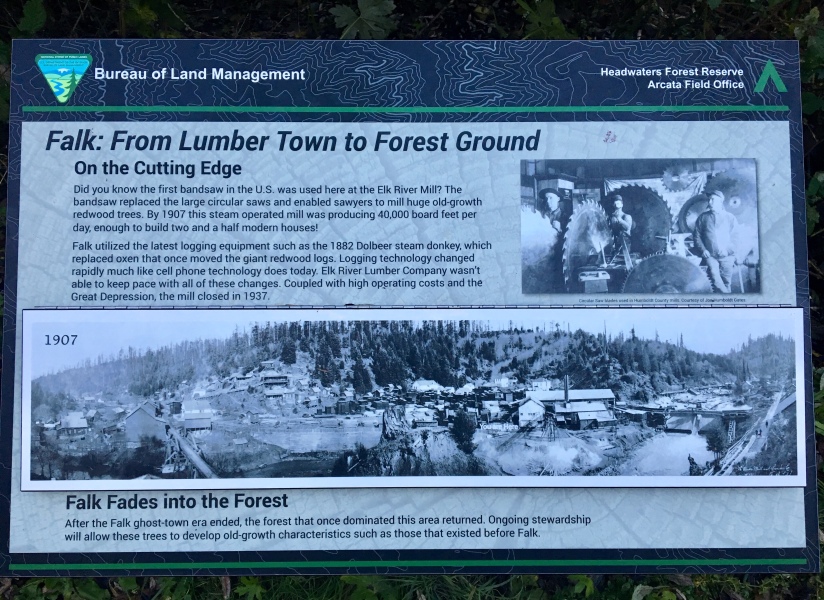 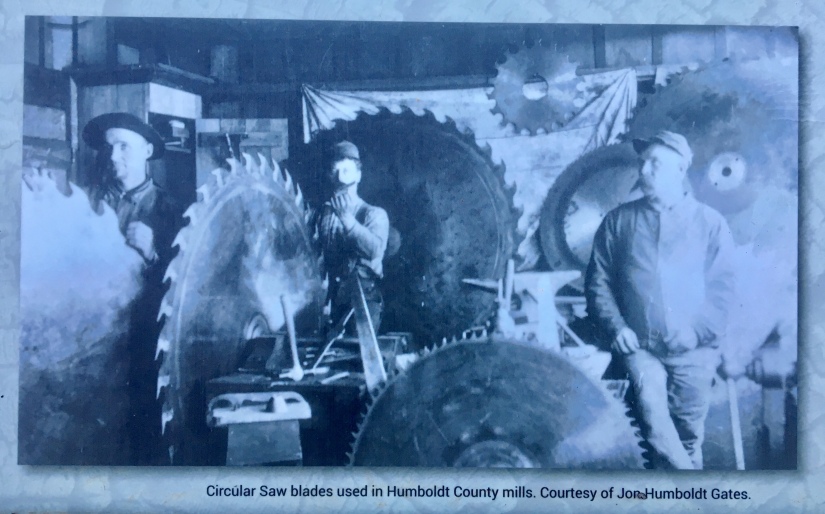 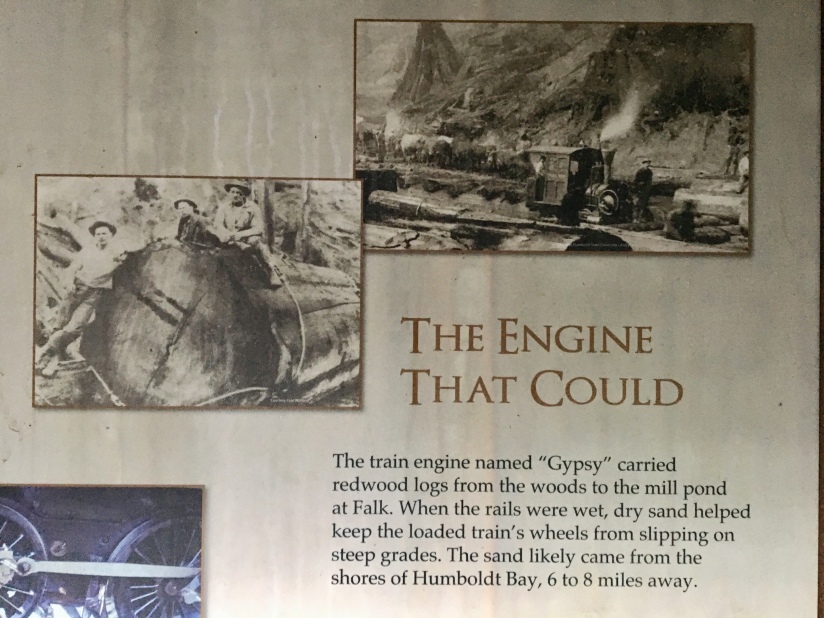 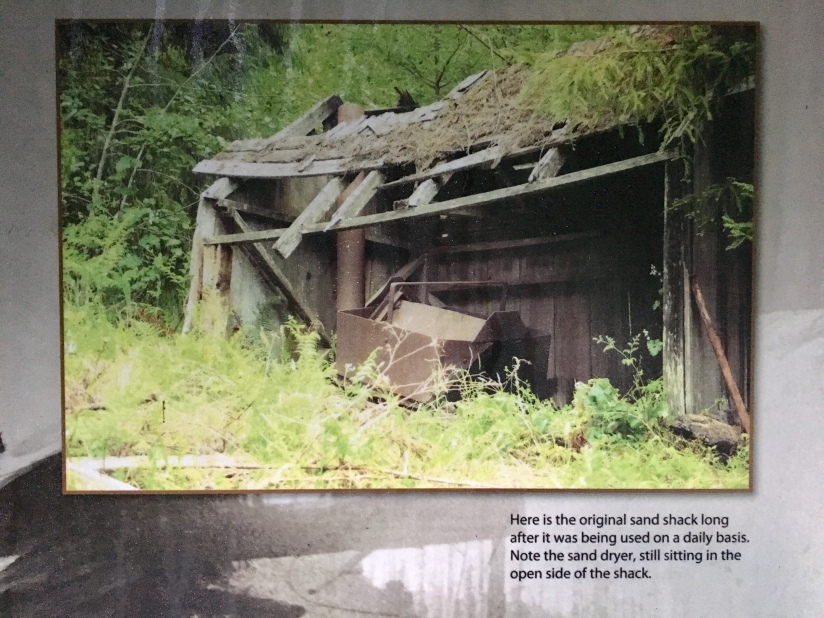 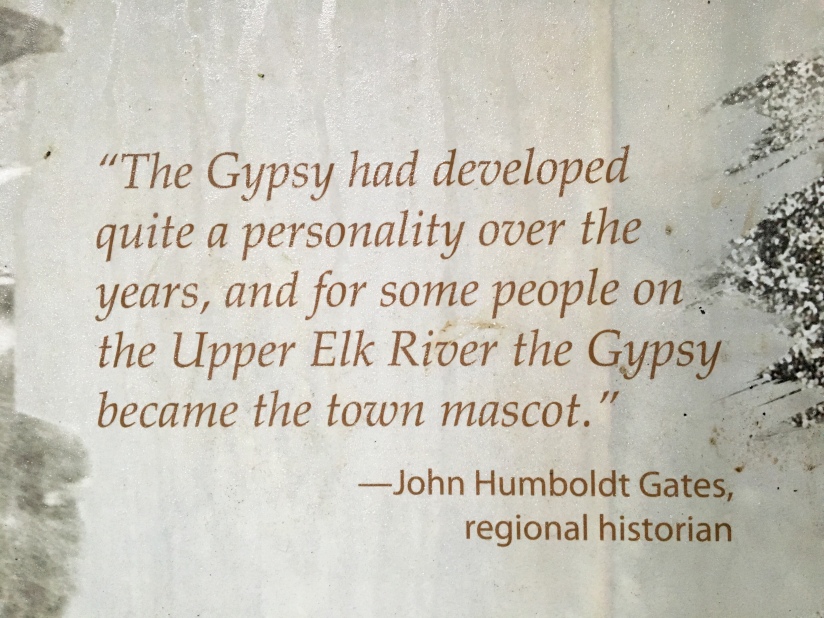 The redwood logging train, the Gypsy train, had been used by the loggers. 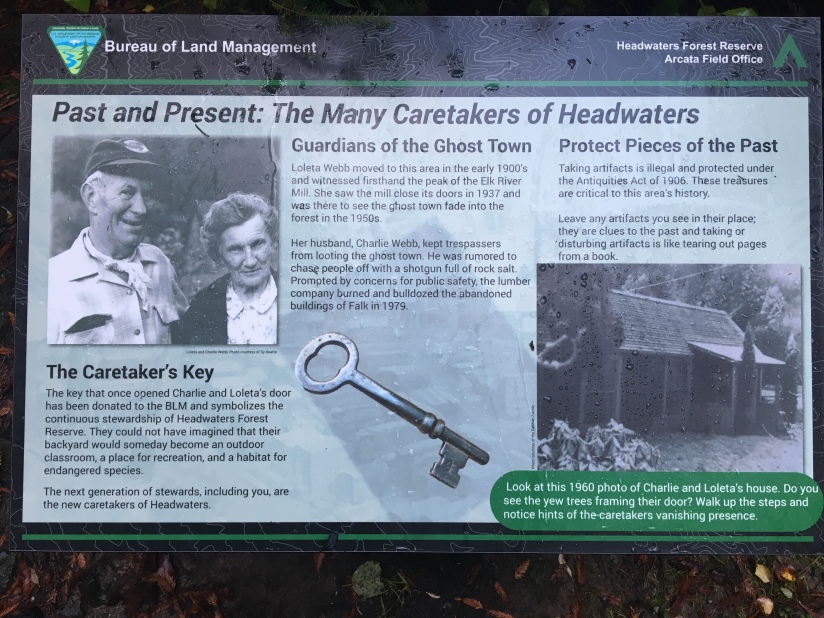 Presently, there is a Elk River Trailhead and Old Town Falk trial, within the Headwaters Forest Reserve, that leads to the former site of the town. 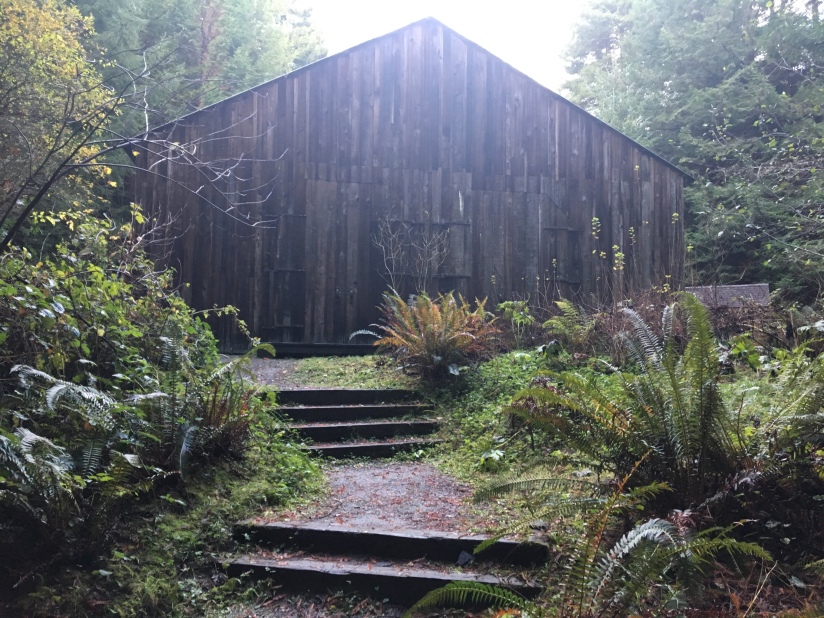 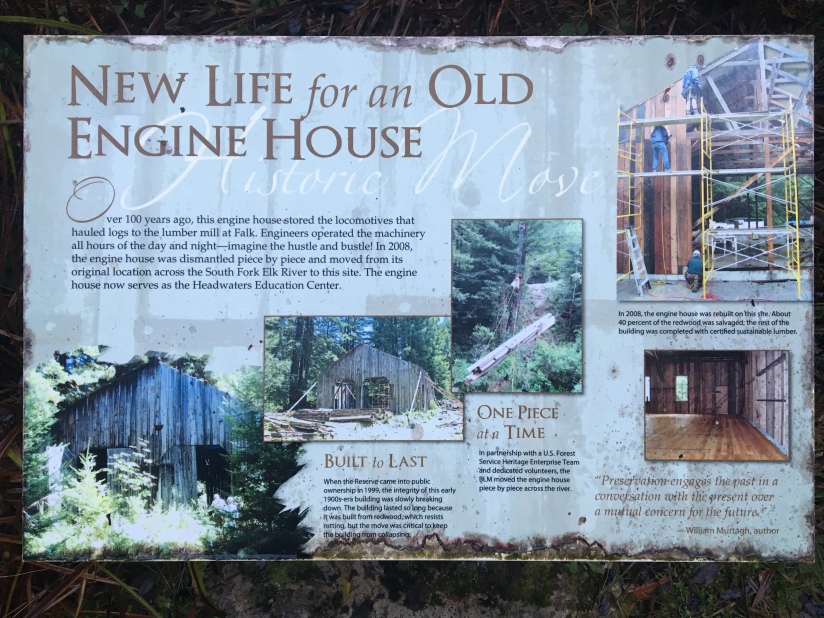 A former engine house was relocated along the trial site.