In 1860, 11 years after Ki-we-lah-tah, a leader of the Wiyot, had welcomed the Gregg Party to the Wigi-Humbolt Bay; about 150 Wiyots from Indian Island, the southern part of Humbolt Bay and Eagle Pairie, also called Rio Dell, were massacred. The caucasians killed all of the local Wiyot Indian women and children, in addition to some Indian men.

The massacre occurred as revenge for the series of Native American uprisings in Eureka that began in 1853.

Bret Harte, an Arcata journalist, wrote about the massacre and drew national attention to the event. As a result he was driven out of the town and compelled to begin a literary career. Eventually, the Indian uprisings ended in the areas around Eureka in 1865. 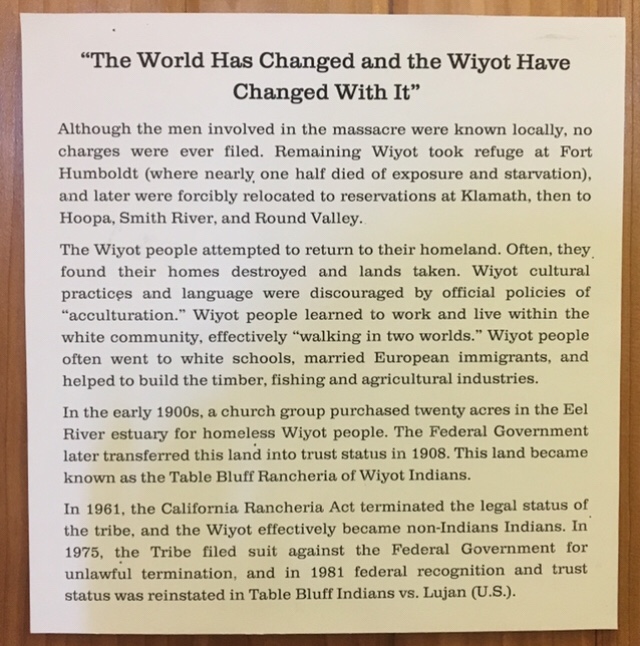 In present day the Wiyot Tribe has about 600 members. Every Febuary, the Wiyots hold a “World Renewal Ceremony” as a reflection of the past adversity against their tribe.

The events of the Wiyot Massacre are featured at the Clarke Historical Musuem in Eureka, California.