In the 1850s, John Marsh’s Stone House was constructed. John Marsh was a businessman, who an early pioneer of California after it became a state. In 1855, John Marsh’s wife died of tuberculosis. Then in 1856, just weeks after the house was completed, John Marsh traveled to Martinez where ranchos demanded money for taking care of his cattle. John refused to give any money and was subsequently murdered. 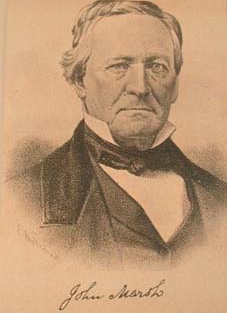 Marco B. Ivory, a former sheriff of Contra Costa County from 1871 to 1875, became of the residents of the home after John Marsh’s short tenure there.