In 1854, Simon Mezes, an attorney from Puerto Rico, donated Mezes Plaza, later known as Mezes Park, and California Square to Mezesville, California, the town he had founded.

The town of Mezesville would eventually be renamed to Redwood City, California. 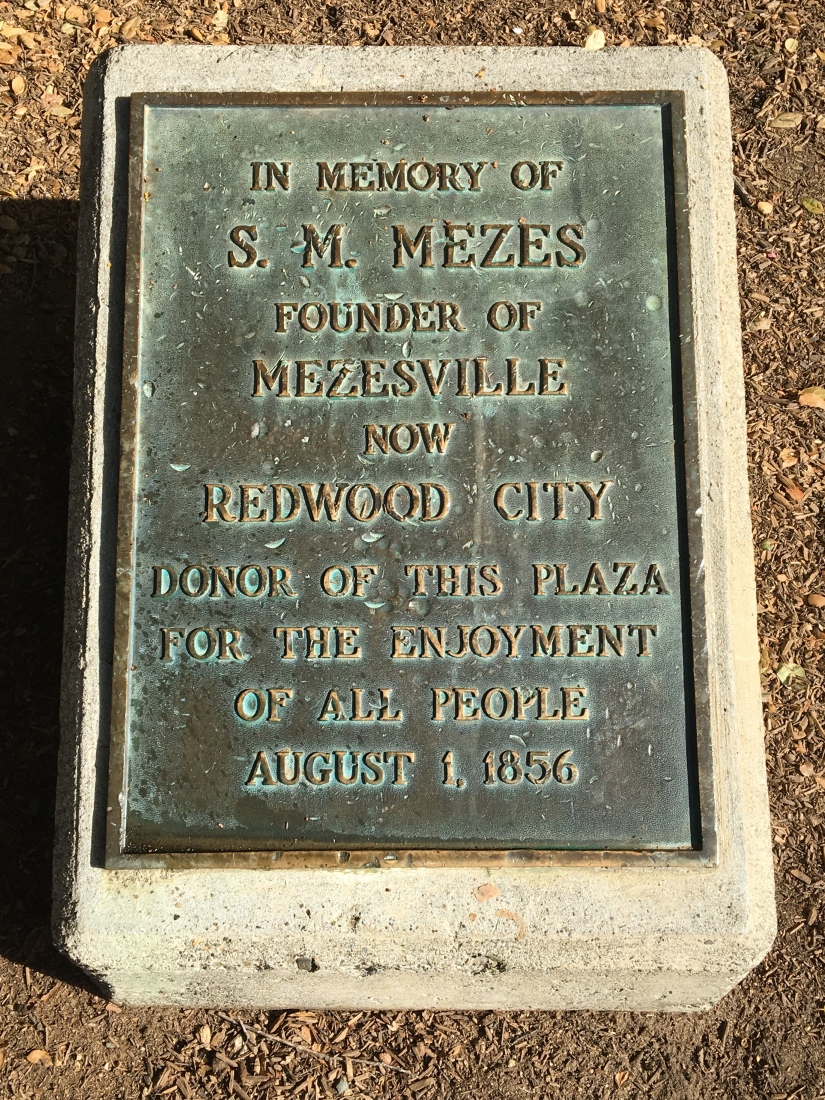 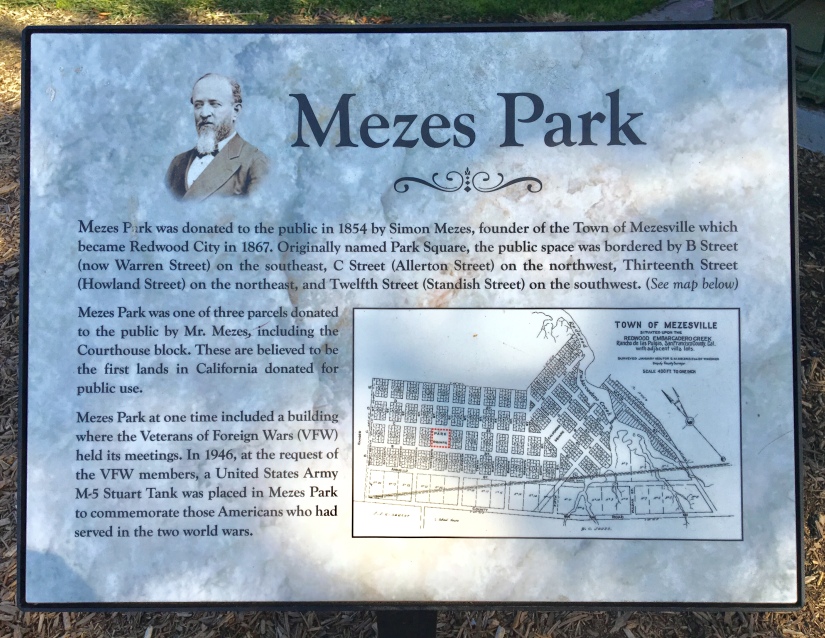 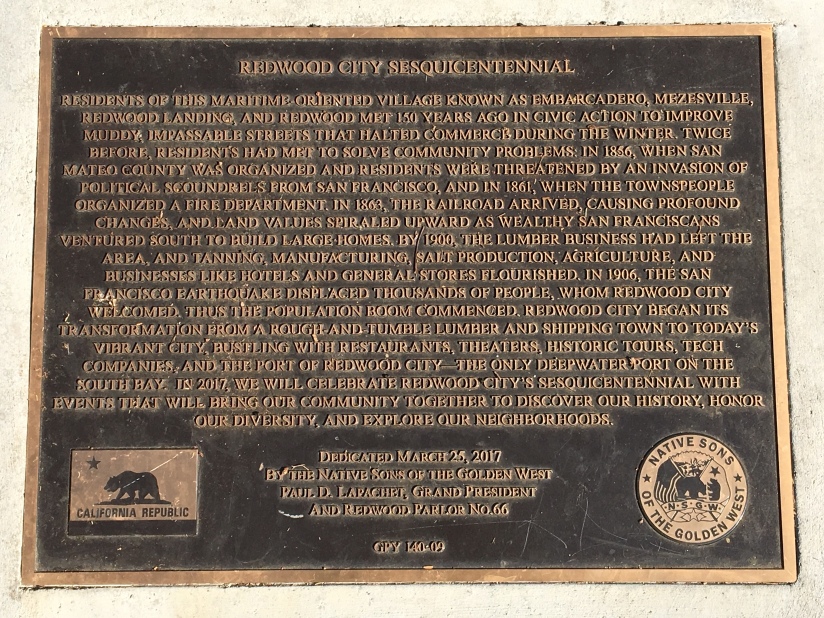 In 1946, a tank was placed on Mezes Park to honor the veterans of World War I and World War II.