On October 1, 2019, the California Historical Society hosted a lecture on the 160th anniversary of John Brown’s raid on Harpers Ferry Virginia from October 16 to 18, 1859. Mexican-American War Veteran Robert Edward Lee was sent to the site of the raid to keep John Brown and his followers form acquiring the guns in the armory.

John Brown was executed on December 2, 1859, less than two months after the raid. In 1864, John Brown’s wife Mary, and several of his children, moved to California. Mary got a job counting monies at the U.S. Mint building in San Francisco. However, when Democratic President Grover Cleveland found out that Mary Brown was working for the federal government, she was promptly fired. One of John Brown’s sons, Jason Brown, moved to Ben Lomond, California and helped build Highway 17.

The guest speaker mentioned that Owen Brown, and some of the other Brown children, are buried in California. 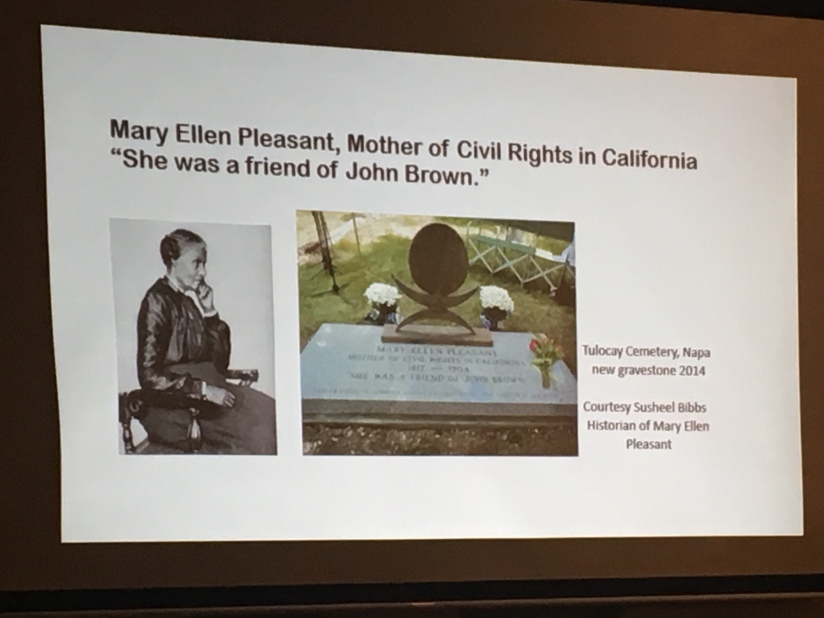 In addition, Mary Ellen Pleasant, a friend of John Brown whom traveled with him to Canada in 1858, is buried in California.

In 1932, author Orson Wells wrote a play about John Brown. In August 2019, this play was published for the first time.