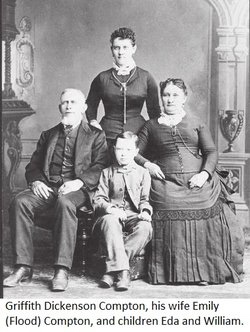 In 1867, the area of Compton, California was settled by thirty pioneer families led by Griffith Dickenson Compton. That region of Los Angeles County would be named after the leader of the settlers and was the eighth place to become incorporated within the county.

The first black families came to the city just before World War II.