On May 5, 1860, Paiute Native Americans killed five men and burned the William’s Stop, a Pony Express site, to the ground Williams brothers kidnapped and raped two Native American girls near that site. 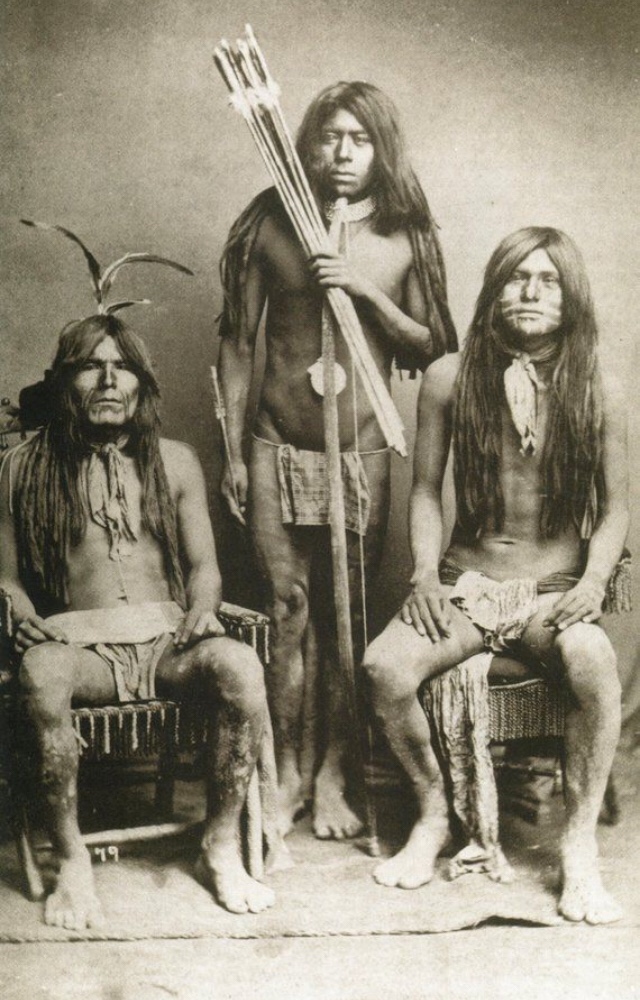 On May 12th, 1860, the first battle of the Pyramid Lake War, also known as the Paiute War, the Washoe Indian War and the Pah Ute War, occurred after the settlers retaliated to the destruction of the Pony Express stop. Northern Paiutes allied with the Shoshone and the Bannock against the United States settlers to secure a victory in their first battle. 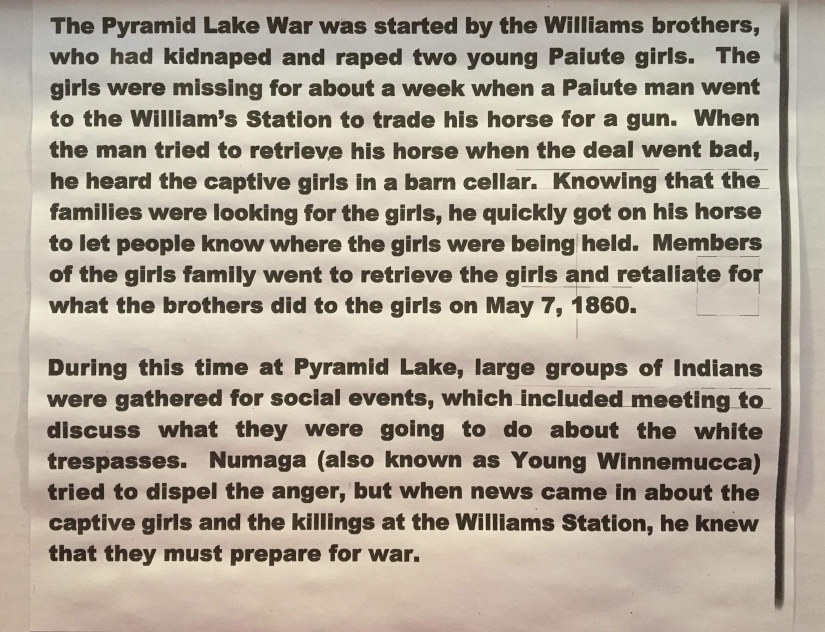 Numaga, the chief of the Paiutes also known as Young Winnemucca, advised against war and prophetically claimed that,

“They will come like the sand in a whirlwind and drive you from your homes. You will be forced among the barren rocks of the north, where your ponies will die; where you will see the women and old men starve, and listen to the cries of your children for food.”

While Numaga, called for peace he prepared his people for armed conflict before the two battles that ensued.

After the second battle, Numaga’s prediction came to pass and his people were forced off of the lands around Pyramid Lake and onto a reservation. 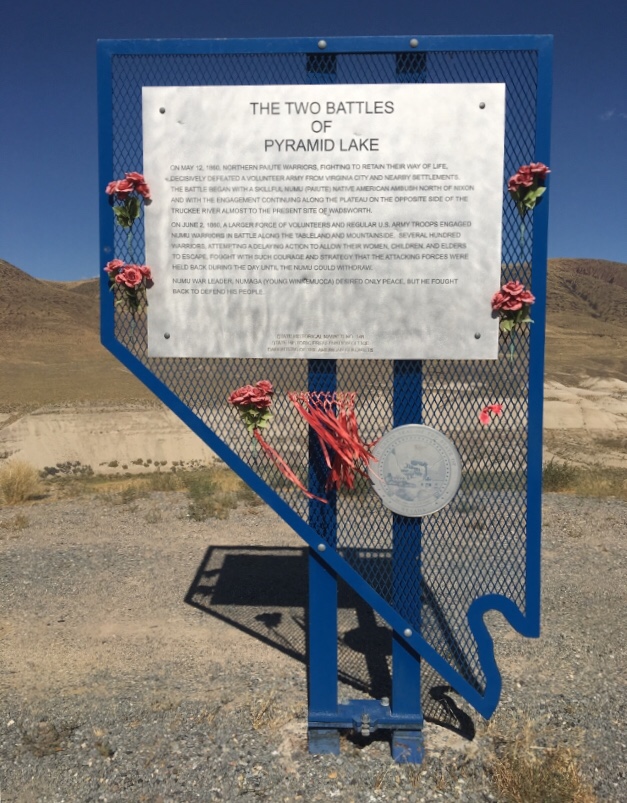 In present time, two historical markers indicate a site of where part of the two battles of the Pyramid Lake War occurred.