During the Gold Rush, a town was renamed from Dry Diggins to Hangtown, California due to three men who were hung from an oak tree in the downtown area, which was called the Hangman’s Tree. All three of the men were convicted of murder. 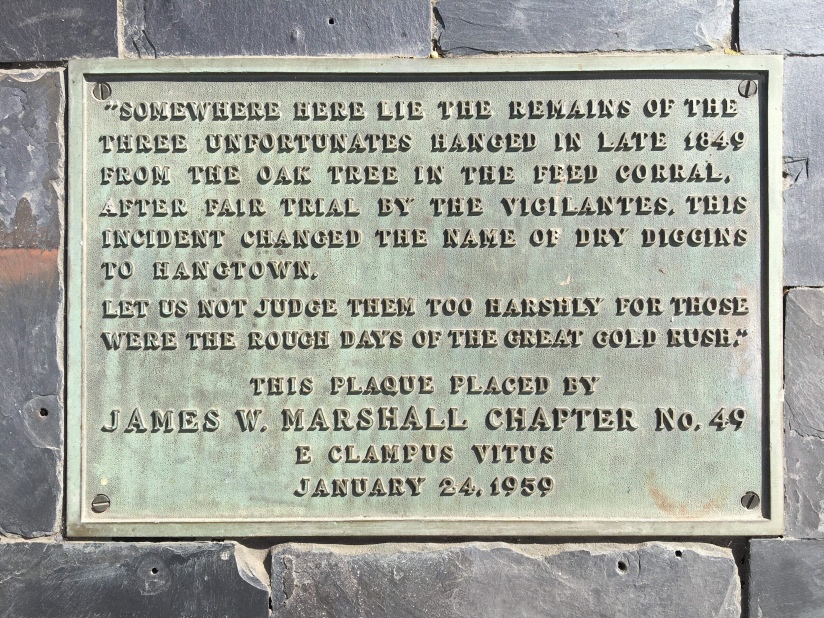 Eventually the tree was cut down and the stump of that tree is within the foundation of a saloon that was built over it. The city council of Hangtown, California eventually changed the name to the town to Placerville.