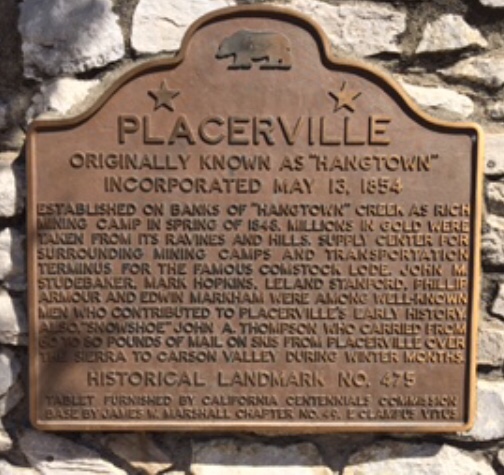 In 1849, after gold was discovered by John Sutter’s employee by Sutter’s Mill, the town of Dry Diggins was founded. The town was renamed to Hangtown and then to Placerville on May 13, 1854. During the Gold Rush, Placerville was the third largest city in California, next to Sacramento and San Francisco.