Bernard Ralph Maybeck was chosen as architect for the Palace of Fine Arts. A student of the École des Beaux-Arts, his design reflects the impression of a Roman ruin. 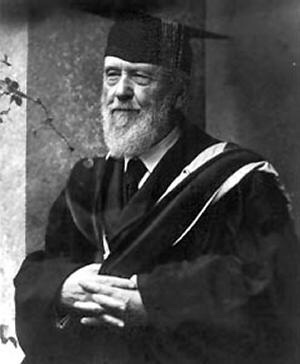 The inspiration for the Palace, with its soaring colonnade, grand rotunda, and carefully constructed pond, was meant to evoke quiet sadness and solemnity. This is most evident as one observes the “weeping ladies” facing into the tops of the columns throughout the park. While visiting a museum in Munich, Maybeck was struck by the Hungarian artist István Csók’s depiction of a scene where the notorious Polish princess Elizabeth Bathory is seen throwing freezing water on her naked servants.