On August 8, 2019, at the The Commonwealth Club of San Francisco, California, former Virginia Governor Terence “Terry” Richard McAuliffe held a forum regarding the “Unite the Right” rally that occurred in Charlottesville, Virginia in August 12, 2017, as a response to the Charlottesville City Council’s decision to remove the Robert Edward Lee statue. McAuliffe mentioned that one of the pilots that died, from a patrolling aircraft crash during the “Unite The Right” rally, was one of his former pilots during his term as Virginia Governor. 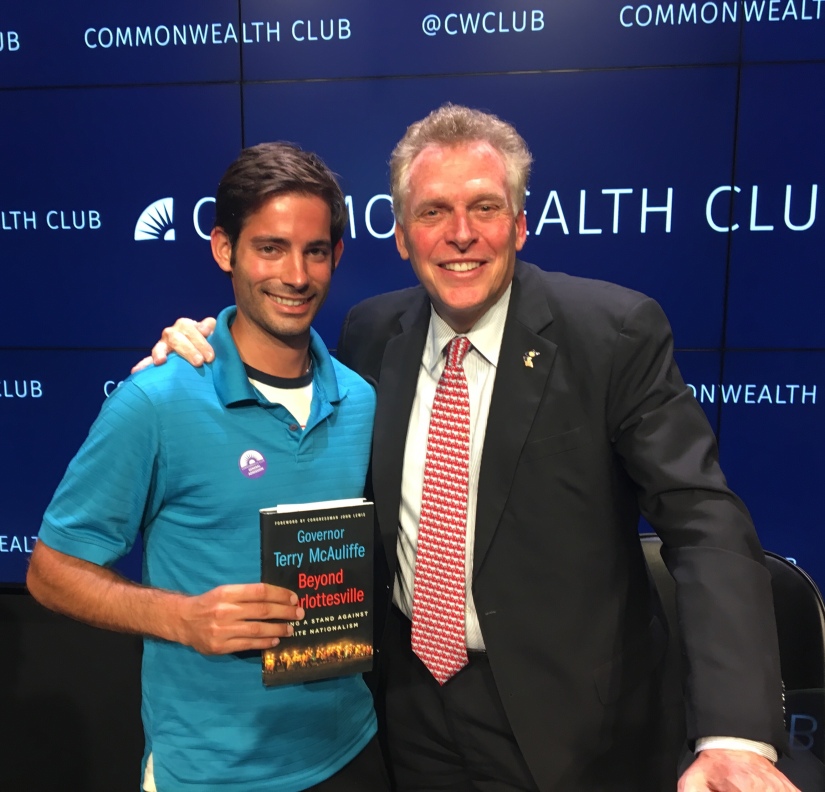 This event was one of several held as part of s book tour of McAuliffe’s new book, “Beyond Charlottesville”.