On February 12, 2019, on the Lincoln’s Day holiday in the United States, I visited the former home of President Herbert Edgar Hoover and his wife Lou Henry Hoover. In the past, Herbert Hoover had drawn inspiration from President Abraham Lincoln from his time as president by stating:

“Perhaps the most impressive lesson to be drawn from the life and sayings of Abraham Lincoln is that battles that are won in hate but provoke later conflicts, whilst those that are won by love leave no sting and are therefore permanent victories”.

On February 10, 1899, Lou Henry and Hebert Hoover got married in Monterey, California and spent a honeymoon in China during the Boxer Rebellion. 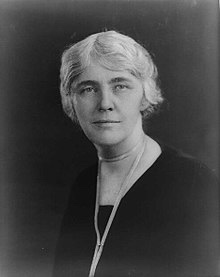 Lou Henry Hoover designed the family home, hence the structure has been named the Lou Henry & Herbert Hoover House. President Hoover had the house constructed near Stanford University, the same school that he had graduated from, where he gave campaign speeches at as well as where he established the Hoover Institution. The home itself has several international influences due to the many countries that Herbert Hoover and Lou Henry Hoover had visited during their lifetimes.