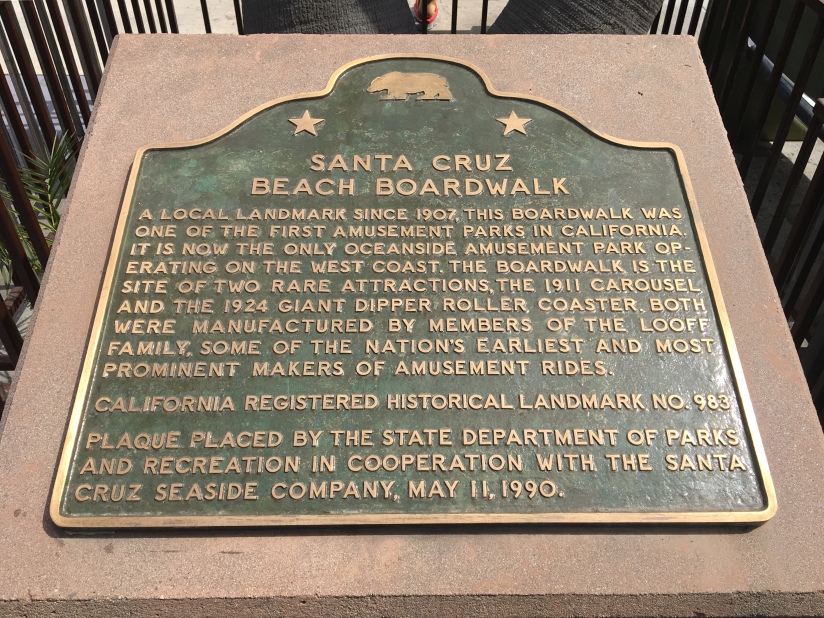 In 1907, the Santa Cruz Beach Boardwalk was built as one of the first amusement parks in the state of California.  In 1911 a carousel was established within the park, and in 1924 the Giant Dipper Roller Coaster was added to the park’s attractions.  The Santa Cruz Beach Boardwalk is one of a few amusement parks, such as the one in Santa Monica, that still exist on the coast of California.