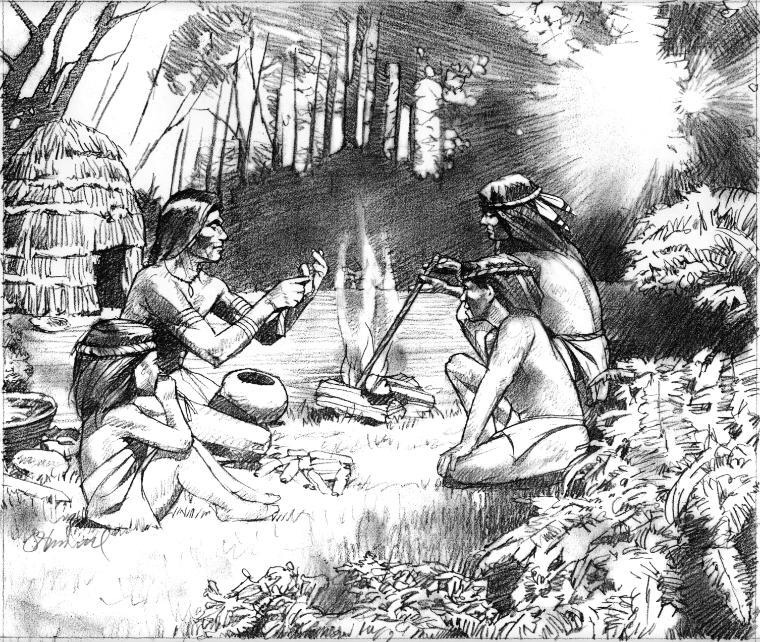 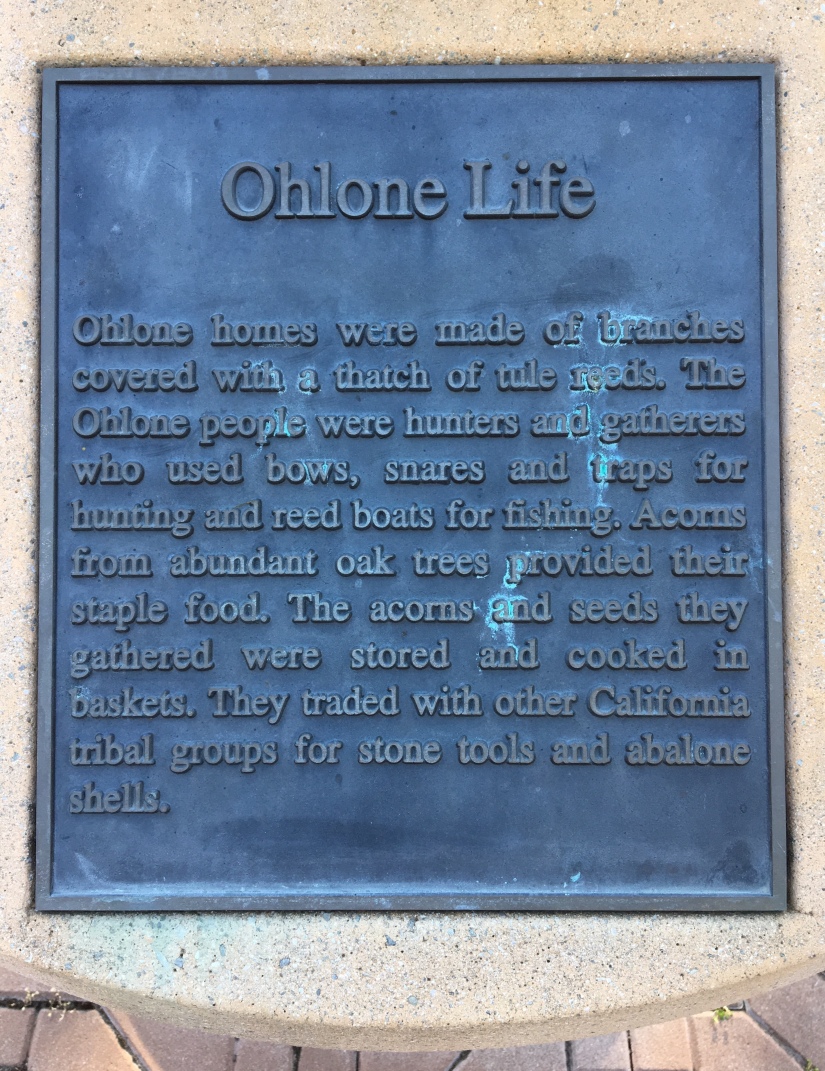 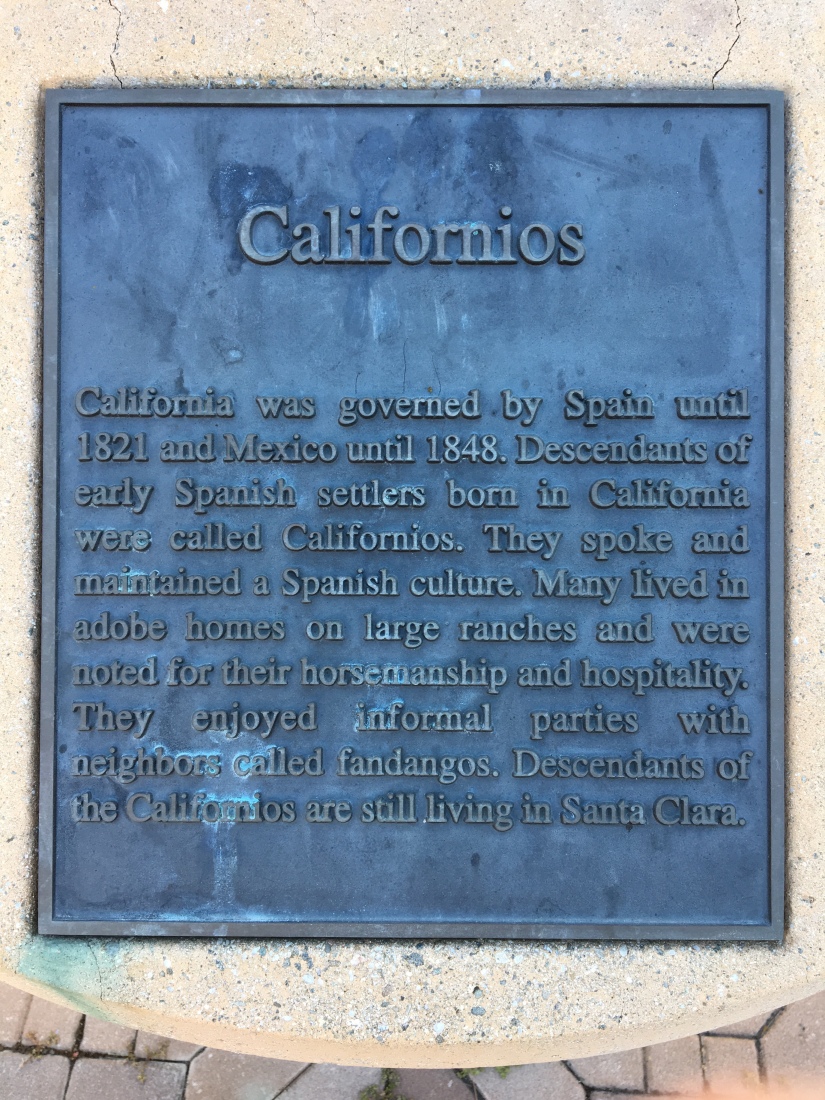 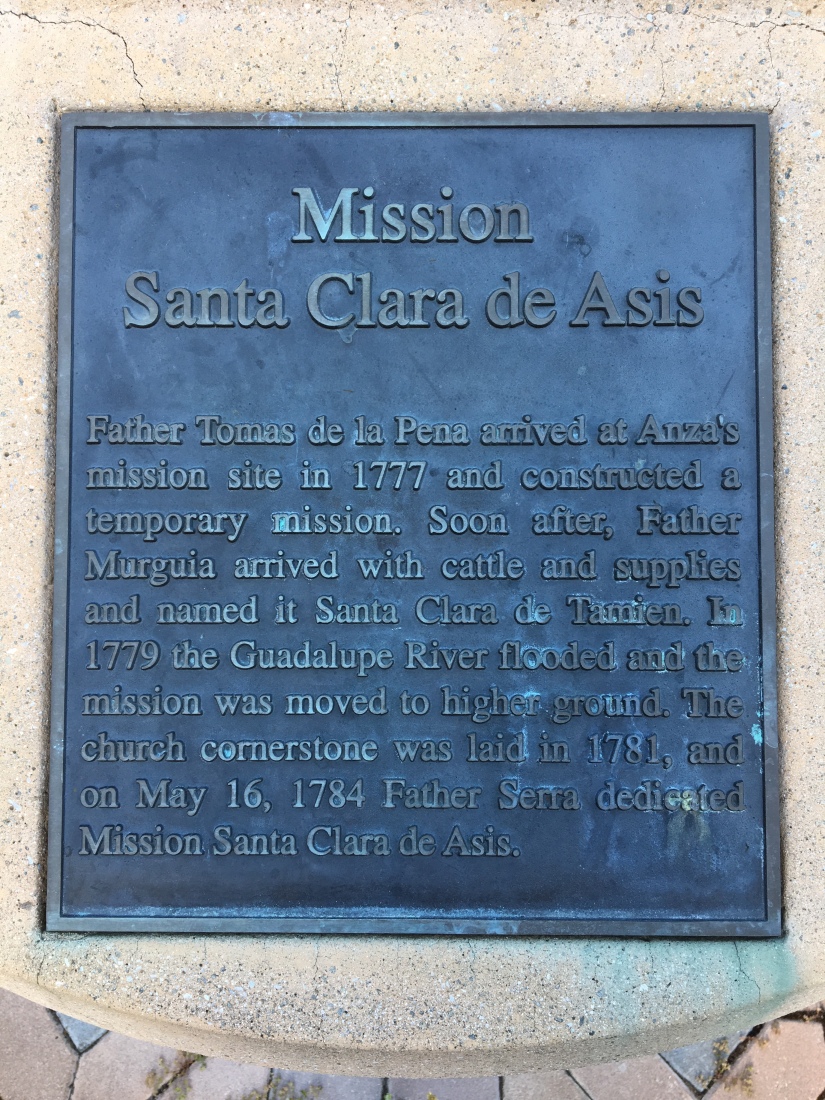 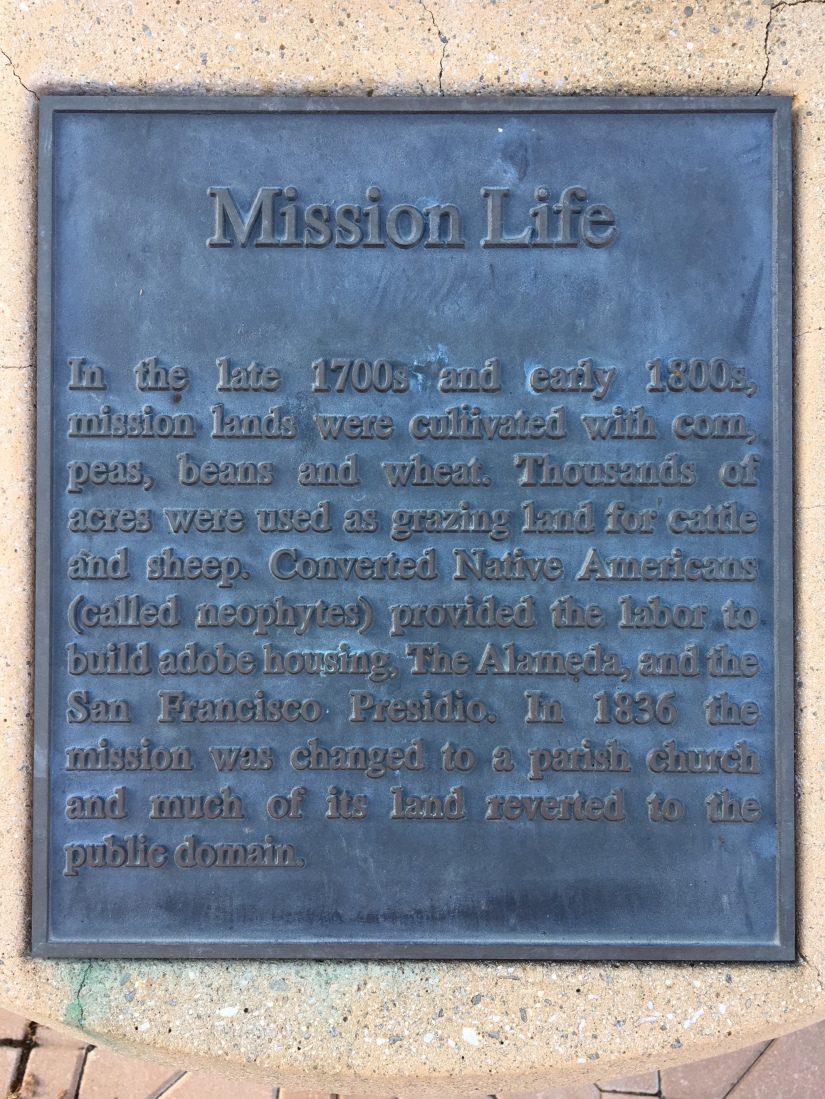 The plaques associated with “Stroll into the Past”, next to the the Santa Clara City Hall Building, where part of the city’s 150th anniversary celebration in 2002. 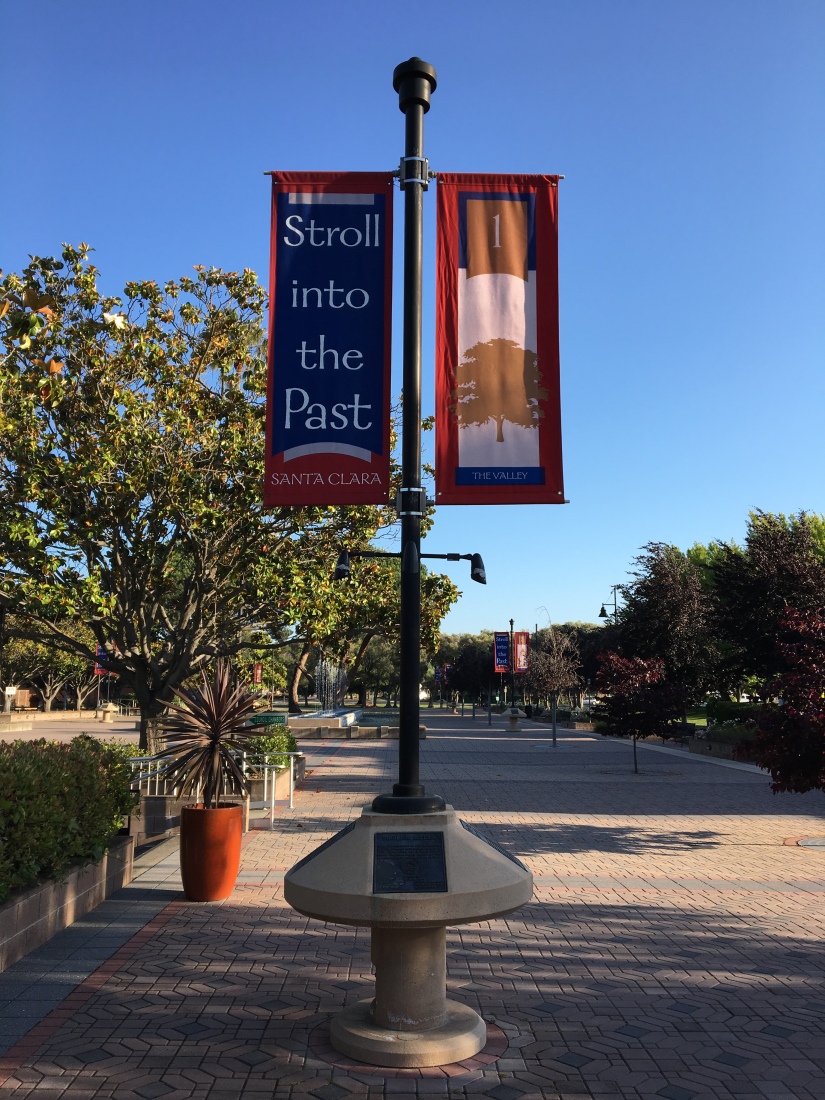 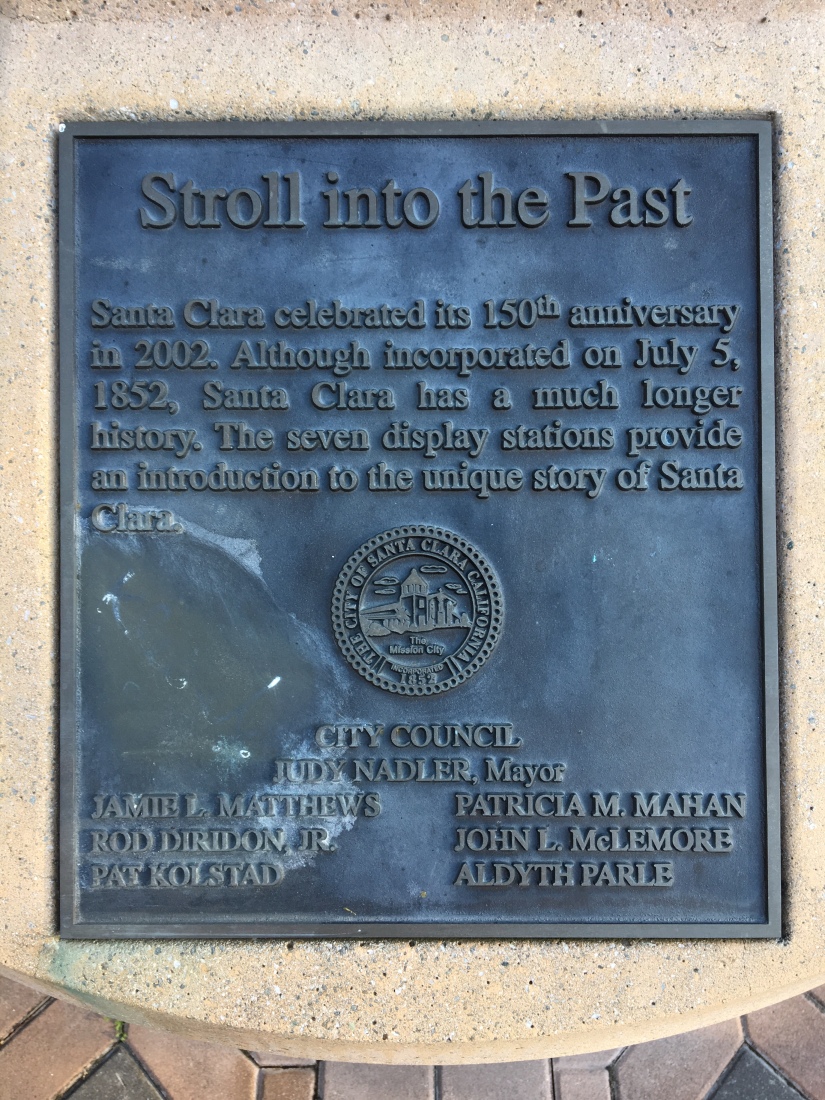