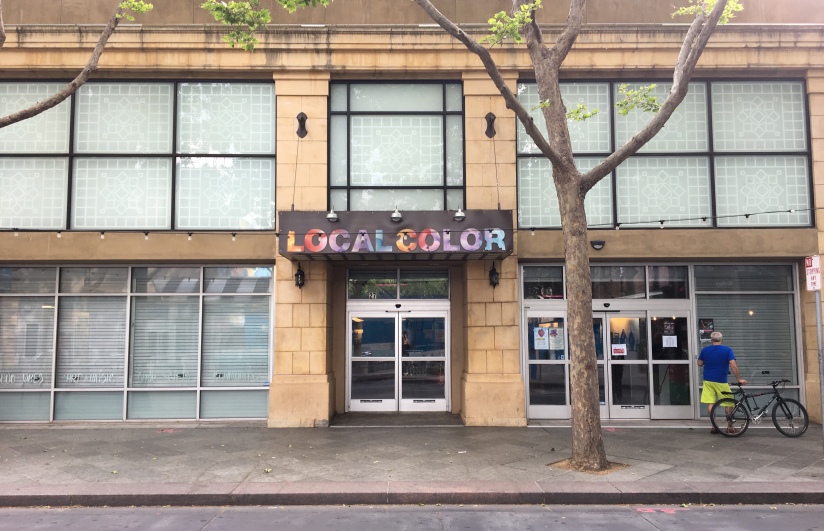 Local Color is an art gallery that is currently located in a hundred year old historical building in downtown at 27 South 1st Street San Jose, California. 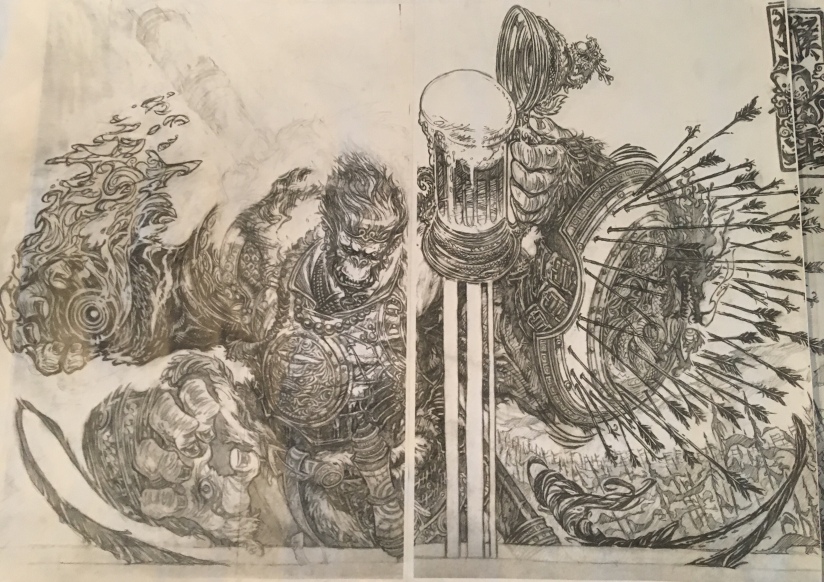 I met with Patron Sketchez, an artist that is working on a documentary on Chinese Americans in San Jose, California. Patron had sketches of dragons and other mythical creatures. 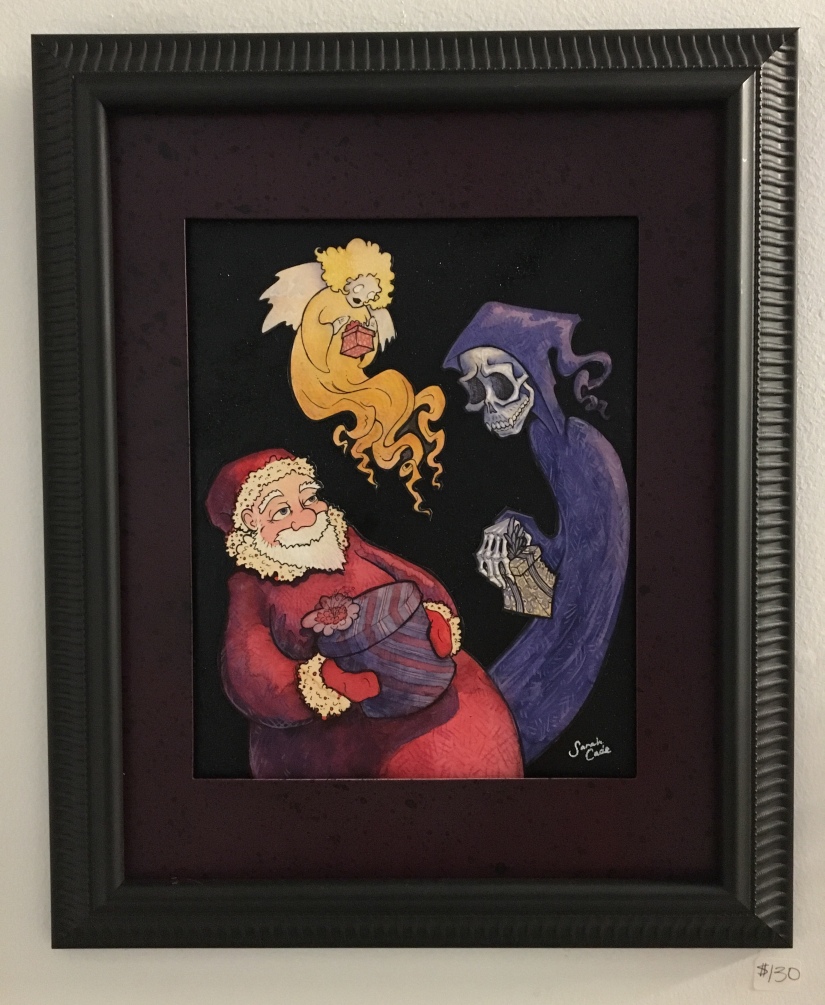 My friend Sarah Cade has paintings of mostly females figures and other characters in humorous situations. 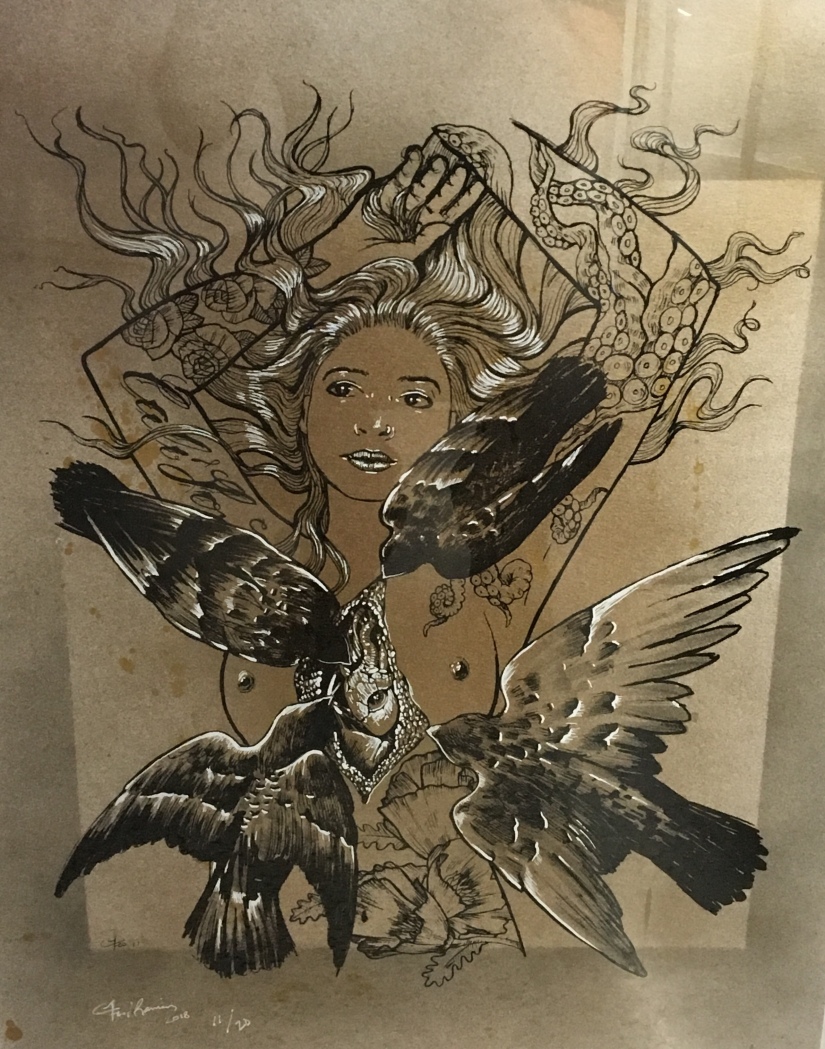 Hispanic artist Francisco Ramirez has several of his detailed paintings, depicting humans with various animals, within the gallery grounds.

The gallery hosts a community mural that allows any artists to add their own work to the wall.