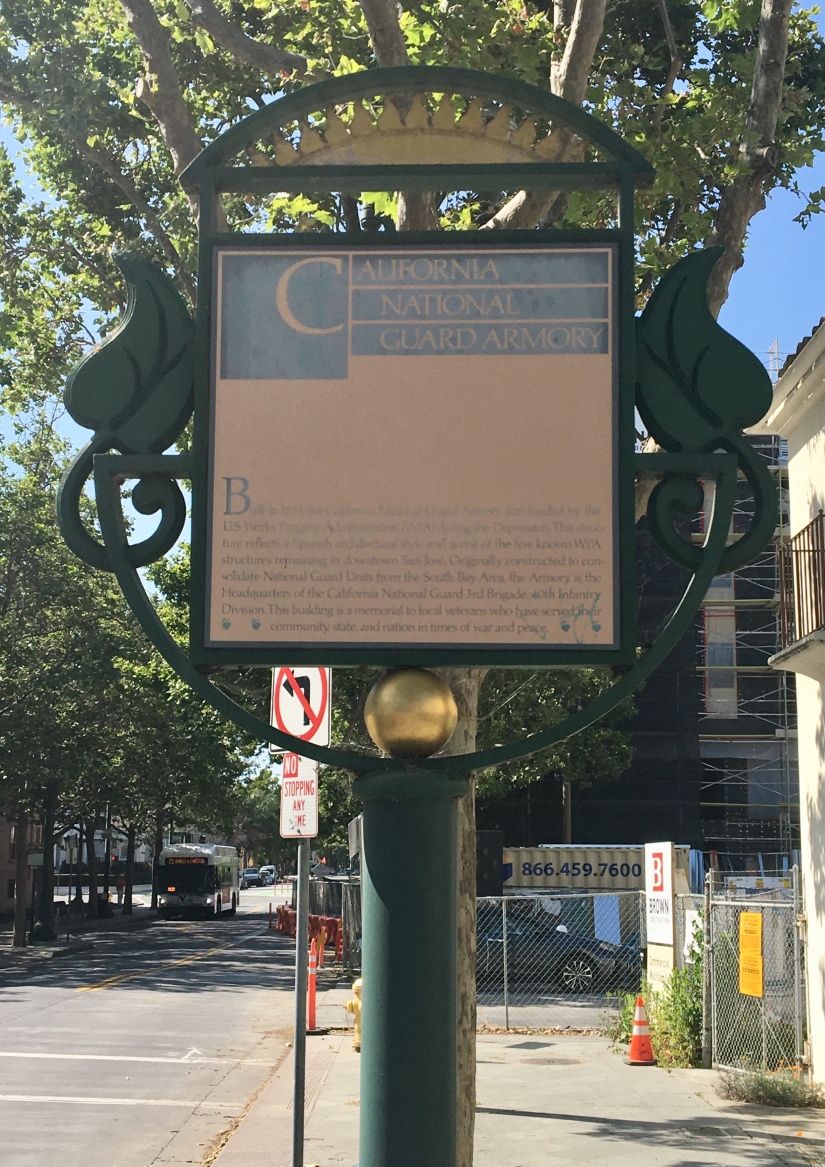 In 1933, the Armory was one of various buildings constructed by the Works Progress Administration in San José, California.

The Armory was later utilized for drill practice for soldiers during World War II. 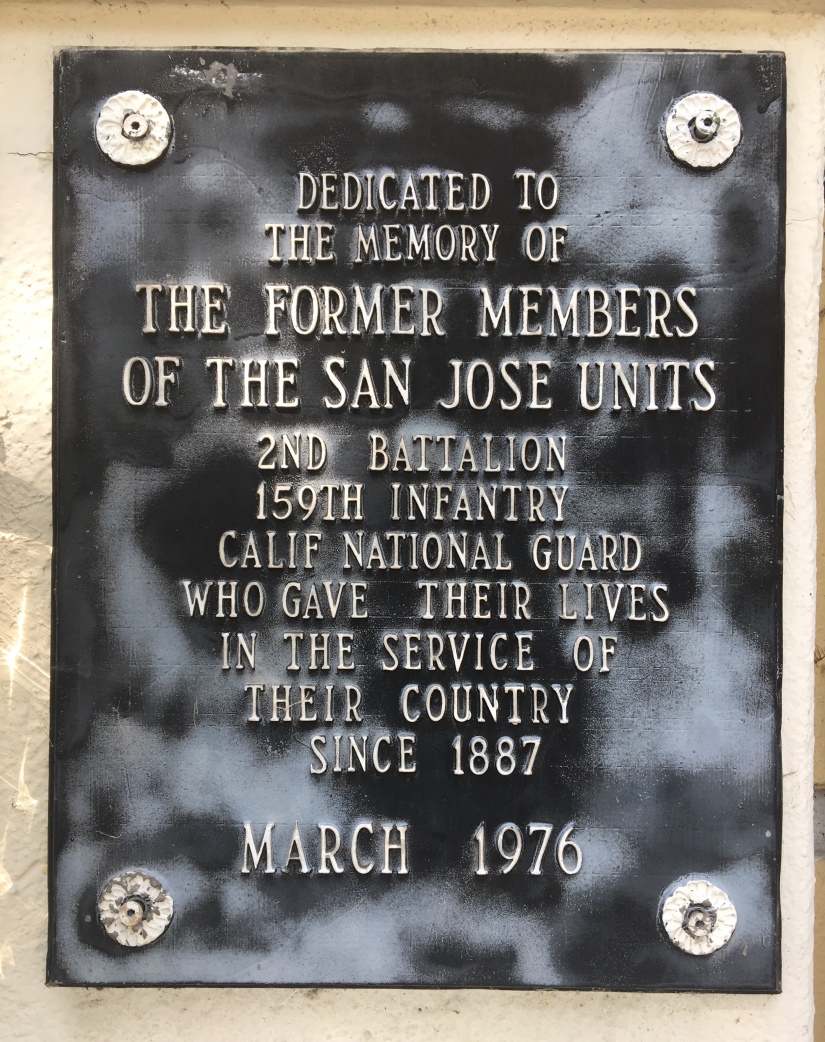 A plague honoring the San José residents who faught in the military since 1887 is displayed at the front door do the gated structure.

The building currently serves as a military musuem for the city of San José. As of April 2019, the Armory was purchased by Gary Dillabough, whom owns various other historical buildings in San José such as the Bank of Italy Skyscraper.