In 1881, J.J. Owen heard that a light tower was being constructed in Nevada City, California, which compelled him to convince the San José City Council to have a large iron light tower to be built in their city. Later that year, the “San Jose Electric Tower”, which is also Known as Owen’s Electric Light Tower, after its creator and chief booster, was constructed for several months at an intersection of Market Street and Santa Clara Street in downtown San Jose, California. In December 1881, the San José Mercury News announced the completion of the tower in the Christmas edition of the paper.

Owen’s Electric Light Tower was utilized to light the whole downtown of San José, using arc lights, and was the most powerful light tower in the world at the time. The power generator for the tower was within a mill in San Pedro Street. However, the construction of the tower resulted in a thousand dollar debt, which would result in the dismantling of the tower of unpaid. In 1882, the newly formed San José Brush Company, and Electric Light company purchased the tower. A French man, saw the Owen’s Electric Light Tower, while visiting America. It is rumored that the visit inspired his design for the Eiffel Tower.

In the 1900s, Owen’s Electric Light Tower would shake during wind gusts. A San José Citizens Tower Committee was formed to raise funds for the restoration of the tower. Thirty seven days after the San José City Council approved the restoration, and four days before the restoration was due to be complete, a strong storm with 60 mile per hour winds caused connecting rods to separate resulting in a collapse of the mid and top sections of the structure. Shortly after, the structure was removed from Market Street. 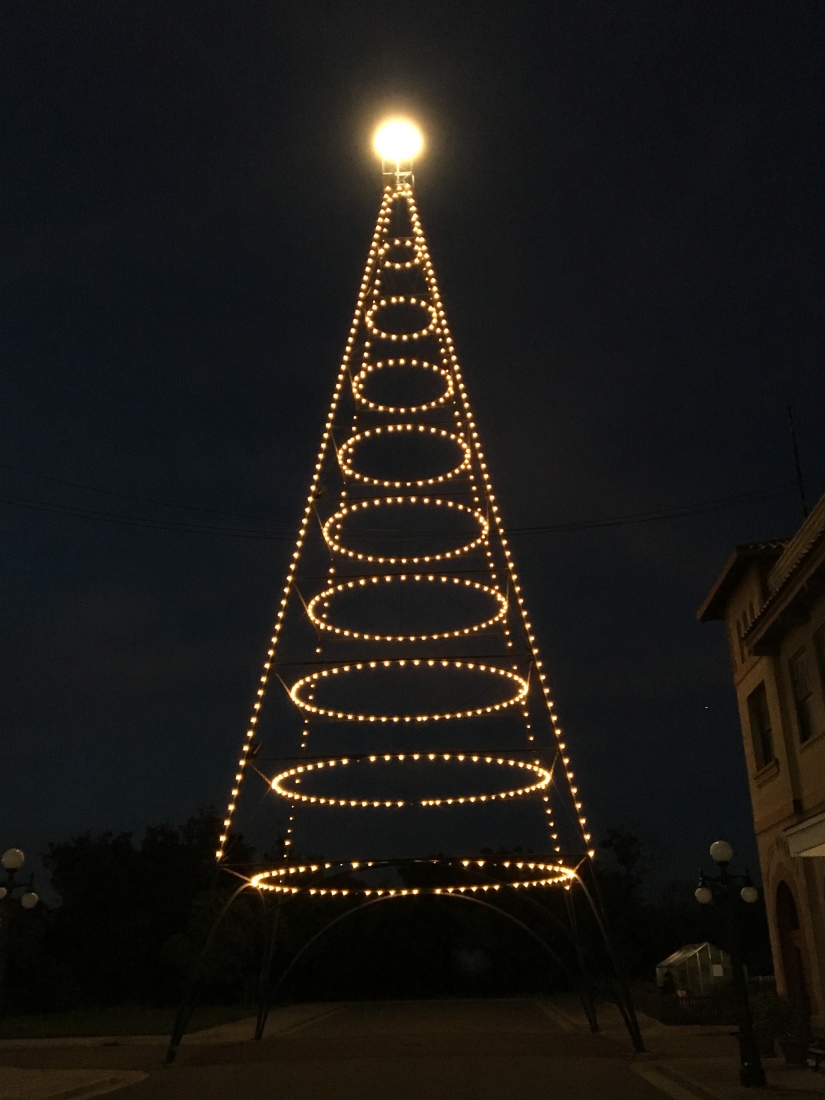 In the 1950s a replica of Owen’s Electric Light Tower, which is a third of the original size, was placed in the San José History Musuem within Kelley Park.