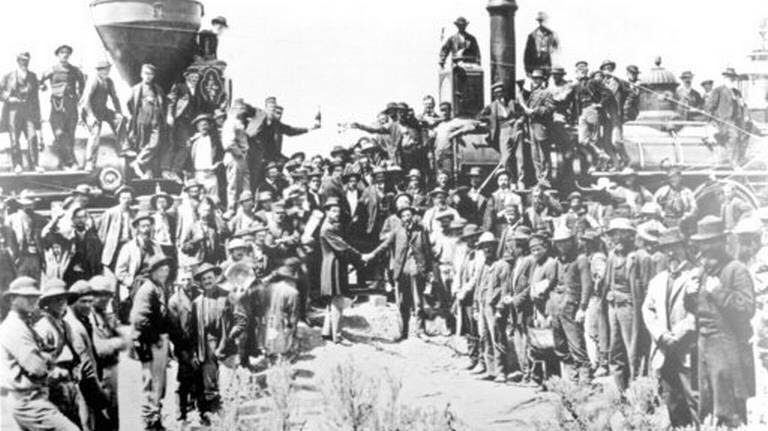 On May 10, 1869, the transcontinental railroad was completed at Utah. New Orleans, Louisiana and cities across the country celebrated the linking of the east and west coasts for the first time in U.S. History.