On February 1, 1940, construction of the U.S.S. Alabama (BB-60) began, during anticipation of the United States being directly involved with military actions during World War II.

On February 16, 1942, the U.S.S. Alabama was was commissioned and placed into a fleet of training marines. 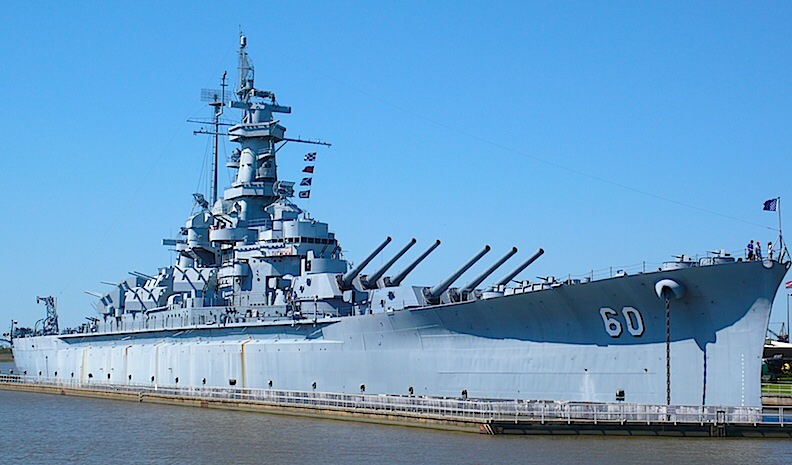 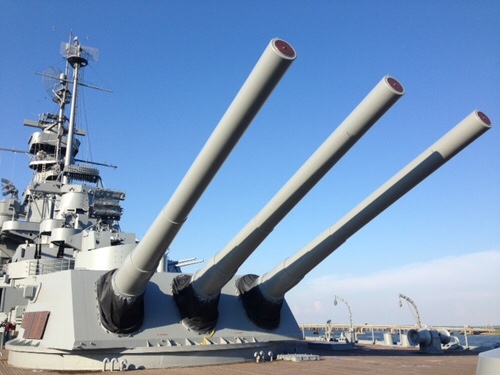 In the 1962, Jimmie Morris, an employee of the Tourist & Visitors Department of the Mobile Area Chamber of Commerce, noticed a story about the scrapping of the South Dakota class of American battleships in the Mobile Register newspaper. Therefore, the U.S. Navy was planning to scrap the South Dakota (BB-57), Indiana (BB-58), Massachusetts (BB-59), and the Alabama (BB-60) battleships. Stephens Croom, then chairman of the Mobile Area Chamber of Commerce’s Committee for Preservation of Historic Landmarks, agreed with Jimmie Morris that the U.S.S. Alabama should be preserved and began a lobbying effort to transfer the title of the battleship from the U.S. Navy to the state of Alabama.

Alabama Governor John Patterson agreed with the Committee for the Preservation of Landmarks and had a commission to establish the feasibility of bringing the U.S.S. Alabama to the shores of the state.

In 1963, the commission reported that the transfer was feasible to the newly elected Governor George Corley Wallace, Junior. In a speech to representatives in 22 Alabama counties, Governor George Corley Wallace, Junior stated to them, “Bring the Alabama home”. The U.S. Navy agreed to transfer the title of the U.S.S. Alabama to Alabama and the battleship become part of the U.S.S. Alabama Battleship Memorial Park in Mobile, Alabama.