In February 2018, I got to visit what is now called “Roosevelt’s Little White House”, which was a vacation home and a former residence for President Franklin Dwight Roosevelt. The former president would retreat there as a therapeutic time to deal with his Polio.

On April 12, 1945, artist Elizabeth Shoumatoff was painting a portrait of President Roosevelt and he ended up slouching on his chair, unresponsive, before the portrait was complete. Two hours later, President Roosevelt died of a brain hemmorage. President Franklin Roosevelt’s final portrait is still displayed inside of the “Little White House”. 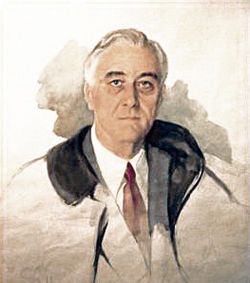 Presently, the former residence of President Franklin Roosevelt serves as a musuem.