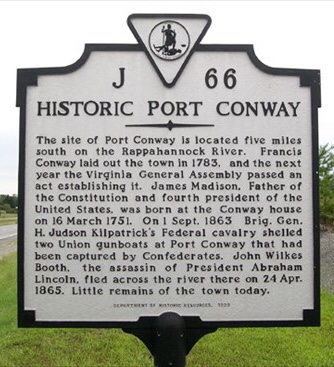 In 1783, Francis Conway laid out the areas of a town that the Virginia legislature would establish in the following year as Port Conway.