In 1695, the Abingdon Plantation was constructed by Abingdon and John Alexander, in an area that would eventually become Arlington County in 1801. In the late 1700s, President George Washington’s adopted stepson, John, bought the Abington Plantation so that he could live closer to Mount Vernon.

Today, the Abington Plantation is a set of ruins by the Reagan National Airport.

A historical marker, commemorates this Alexander family who built the plantation and for whom the City and the former County of Alexandria are named after. 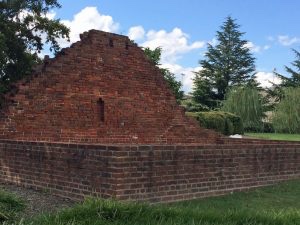