George Mason IV and his son William Mason were both serving in the Fairfax Militia, that George Mason IV started in 1774, during the Revolutionary War. No major battles occurred within Fairfax County during the course of the Revolutionary War, yet residents feared that the British army would occupy the county of about ten thousand people to destroy Mount Vernon, the home of Commander and Chief of the Continental Army George Washington and it’s surrounding areas. When Washington was appointed commander of the Continental Army on June 14, 1775; he left Mount Vernon soon after his appointment and would not return to his home until six years later. It is likely Washington did not go back to Mount Vernon during most of the war to prevent the British from making it a target. 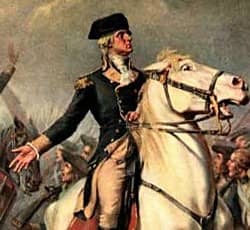