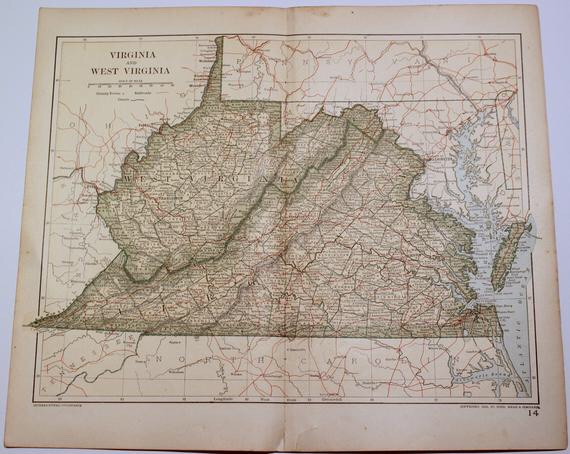 The state of West Virginia was formed after local governments did not agree with the Ordinance of Secession that the legislature in Richmond, Virignia passed, and ratified by a vote of Virignia voters six weeks after its passing. In Western Virginia, 9 delegates voted for succession while 27 delegates voted to stay in the union.

The Union Army, under General McCullen, moved into newly forming state of West Virignia to secure it as a pro-union state. The first land battle, after the fall of Fort Sumter, took place outside of Wheeling County, West Virginia.

After the battle, and during the Wheeling Convention of June 1861, West Virginia formulated it’s own “Declaration of Independence”, since it did not have consent to form as its own state by the secessionist Virginia legislature. On August 1861, eighteen thousand voters approved a bill that made West Virginia a new state. Congress and the Senate ratified the bill but Lincoln was hesitant to sign the bill since it wasn’t constitutional for congress to form a new state from an existing state. However, Lincoln declared that the unionists represented the state of Virginia and he signed he statehood bill.

1 thought on “West Virginia – The Only State To Secede From A Confederate State During The U.S. Civil War”