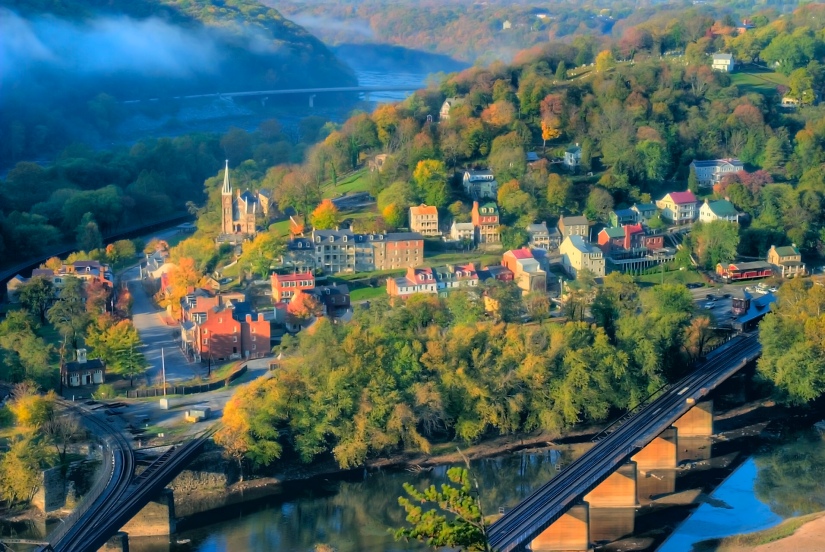 The area of Harpers Ferry, Virginia was first settled in 1732 by Peter Stephens, whose “squatter’s rights” were bought in 1747 by Robert Harper, for whom the town was named. In about 1750 Harper was given a patent on 125 acres at the present location of the town. In 1761 Harper established a ferry across the Potomac River, making the town a starting point for settlers moving into the Shenandoah Valley and further west. In 1763 the Virginia General Assembly established the town of “Shenandoah Falls at Mr. Harper’s Ferry.”

On 25 October 1783, Thomas Jefferson visited Harpers Ferry. He viewed “the passage of the Potomac though the Blue Ridge” from a rock which is now named for him. Jefferson called the site “perhaps one of the most stupendous scenes in nature.”

George Washington, as president of the Patowmack Company (which was formed to complete river improvements on the Potomac and its tributaries), traveled to Harpers Ferry during the summer of 1785 to determine the need for bypass canals. In 1794 Washington’s familiarity with the area led him to propose the site for a new United States armory and arsenal. Some of Washington’s family moved to the area; Charles Washington, youngest full brother of the President, founded the city of Charles Town, some six miles to the southwest. President Washington’s great-great-nephew, Colonel Lewis Washington, was held hostage during John Brown’s raid in 1859. 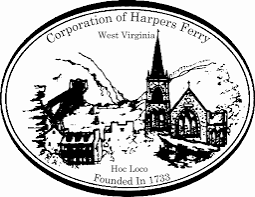