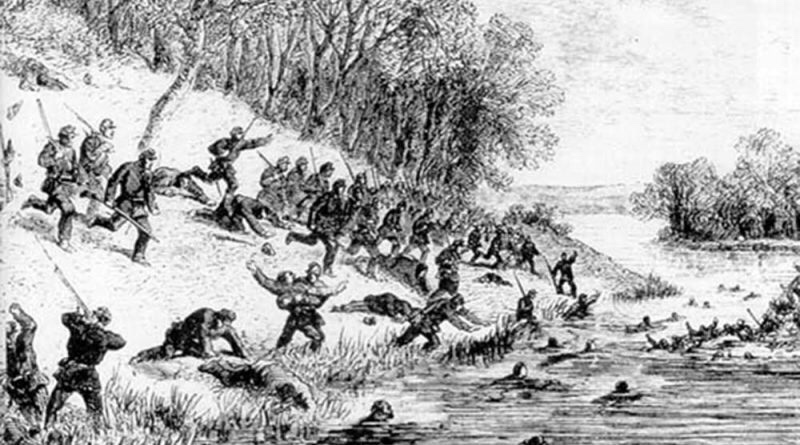 On October 20th, 1861, union reconnaissance troops caught sight of what they believed was an unguarded confederate camp. Union General Charles Stone gathered troops from Maryland to attack the camp.

U.S. Senator Edward Dickinson Baker, whom was a friend of Abraham Lincoln, died in the battle and was the only U.S. Senator to ever die in battle. Balls Bluff was a humiliating defeat from the union and General Charles Stone was fired from his position and sentenced to six months in jail for his failure there.

In present day the area of Ball’s Bluff is a Battlefield Park.