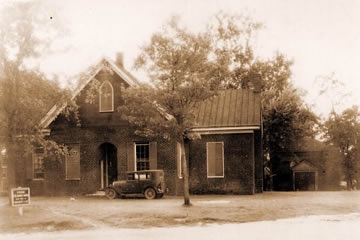 One of the first New Kent County, Virginia courthouses were built in the 1600s. In 1691, When King and Queen County was created from part of New Kent, a courthouse formerly in New Kent was in the newly formed county.

On March 10, 1864, union soldiers led by the father of Union Colonel Ulric Dahlgren burned the courthouse, and several buildings surrounding the structure, as retaliation for the killing of his son at King and Queen County. The legislature, after the war, decided to keep the site of the King and Queen Courthouse as the county seat. Thus, in 1866 the courthouse, the clerk’s office and the jail were rebuilt on their original foundations.