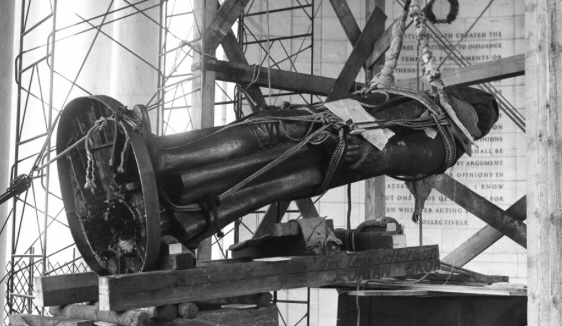 The building is a larger version of the Monticello, with limestone and marble, with inscriptions of Thomas Jefferson’s writings on the walls.