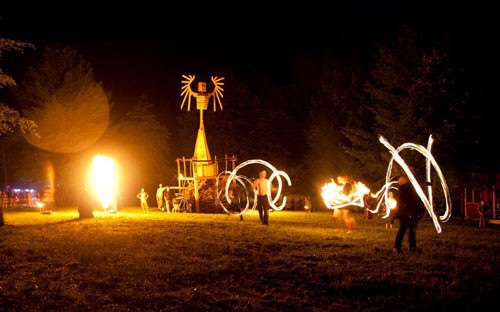 The Wickerman Burn Festival is a Burning Man “Regional Burn” held at the Four Quarters Interfaith Sanctuary in southern Pennsylvania.

In southern Scotland there is a Scottish Wickerman Festival that is held annually in July.

In 2014 and 2015 Philip Hamilton attended the Wickerman Burn Festival.