In 1812, Charlotte Darkey Parkhurst was born in Sharon, Vermont. As an adult she moved to California during the Gold Rush, disguised herself as a man under the name of Charley Parkman, and worked as a stagecoach driver through Mount Madonna to the towns near the mountian.

On November 3, 1868, Charlotte Darkman became the first woman to ever vote in a general election in the United States when she casted a ballot under the name of Charlie Parkman. Charlotte Parkhurst died in a cabin in Watsonville, California on December 18, 1879 and was discovered to be a woman after her death. 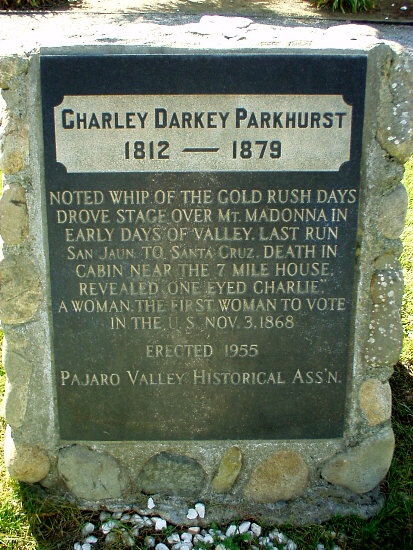